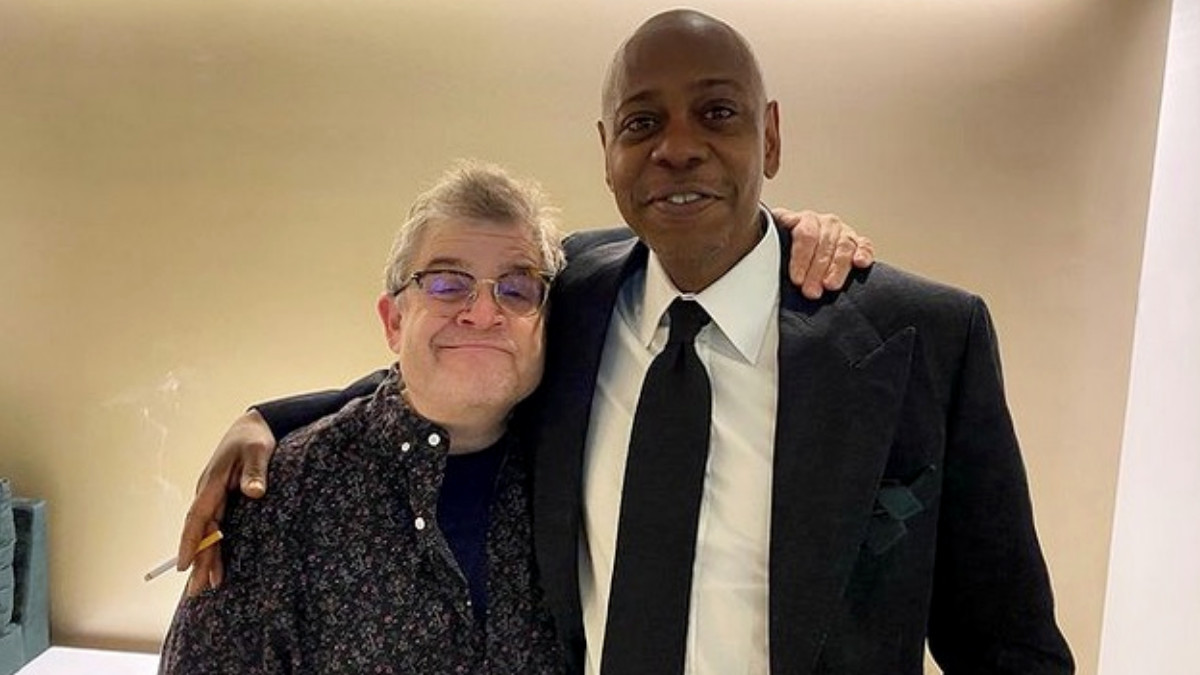 Patton Oswalt started off 2022 with a heaping dose of humility, after posting on social media about performing at an impromptu gig with Dave Chappelle.

The beloved comedian and Ratatouille star had been playing a New Year’s Eve show at Seattle’s Marion Oliver McCaw Hall, while Chappelle was playing at the nearby Climate Pledge Arena. “Finished my set and got a text from [Dave Chappelle],” Oswalt wrote on Instagram, along with photos from the evening. “Come over to the arena he’s performing in next door and do a guest set. Why not? I waved goodbye to this hell-year with a genius I started comedy with 34 years ago.”

“He works an arena like he’s talking to one person and charming their skin off,” Oswalt added. “Anyway, I ended the year with a real friend and a deep laugh. Can’t ask for much more.”

Unfortunately, the generally good-natured Oswalt was not prepared for the onslaught of backlash — and not to mention transphobic trolls — that his post quickly attracted. Despite the fact that Chappelle is still selling out arenas with ease, his anti-trans jokes have made him persona non grata in the LGTBQ community and among allies.

After his post became inundated with backlash and trolls, Oswalt posted an update the following day. He explained that he had seen a friend who he hadn’t seen in a long time on New Year’s Eve and wanted to document it on Instagram. “The friend is Dave Chappelle. Thirty-four YEARS we’ve been friends,” he reiterated. “But we also 100% disagree about transgender rights & representation.”

“I support trans peoples’ rights — ANYONE’S rights — to live safely in the world as their fullest selves. For all the things he’s helped ME evolve on, I’ll always disagree with where he stands NOW on transgender issues. But I also don’t believe a seeker like him is done evolving, learning. You know someone that long, see the struggles and changes, it’s impossible to cut them off. Impossible not to be hopeful and open and cheer them on. Also, I’ve been carrying a LOT of guilt about friends I’ve cut off, who had views with which I couldn’t agree, or changed in ways I couldn’t live with. Sometimes I wonder — did I and others cutting them off make them dig their heels in deeper, fuel their ignorance with a nitro-boost of resentment and spite? I’m an LGBTQ ally. I’m a loyal friend. There’s friction in those traits that I need to reconcile myself, and not let cause feels of betrayal in ANYONE else.”

Oswalt added that he was “truly sorry” and that he didn’t realize the hurt that his post would cause. “Gonna keep trying,” he left off with.

It’s hard to deny that Oswalt isn’t in a tough position. Even the best of us would probably have a difficult time reconciling a friendship that has spanned decades when that friend suddenly starts spouting problematic rhetoric. But he also may be on to something that Chappelle is not done learning and growing, and that someday he may see the error of his ways — but perhaps would be less likely to do so if all his friends turn their backs on him.

For sure, it’s a problem that most of us would not envy, but perhaps going forward Oswalt can continue to support his friend in private, and maybe ease off the social media posts.