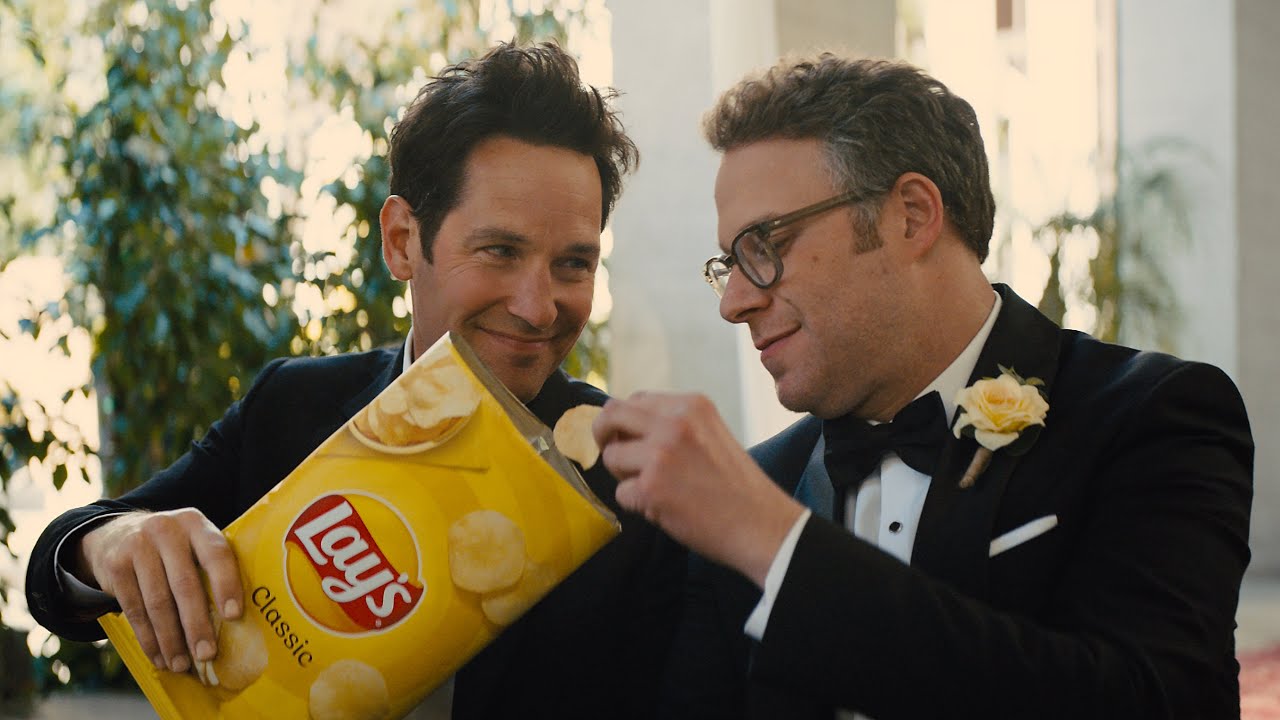 Two of America’s most beloved comedians just collaborated on what is sure to be one of the Super Bowl’s most popular commercials.

The amusing commercial pairs the duo up for a series of “flashbacks,” detailing all the wonderful experiences they’ve had over the years — all of which involve Lay’s chips in some way shape, or form. The commercial setting sees the duo prepping for Rogen’s upcoming nuptials and reminiscing over the “good memories” they’ve previously shared over a bag of chips.

Each flashback is distinctly Rudd and Rogen in its own way. Rogen’s goofy personality shines through his memories of buying his first house and the wedding itself, while Rudd’s stylings are clear in some of the other scenes, like the airplane confession and that street fight — which brings back at least one or two Anchorman memories.

The entire skit is nonsensical, weird, and utterly charming. It’s hard to go wrong when you pair a set of treasured actors for a Super Bowl commercial, a decision that will almost certainly boost Lay’s sales over the next several weeks. The commercial is inarguable effective — they even managed to plug a range of flavors via that “stalker” scene — and manages to effectively use Rudd and Rogen’s best traits to carry its simple message.

Who else is craving a bag of chips?