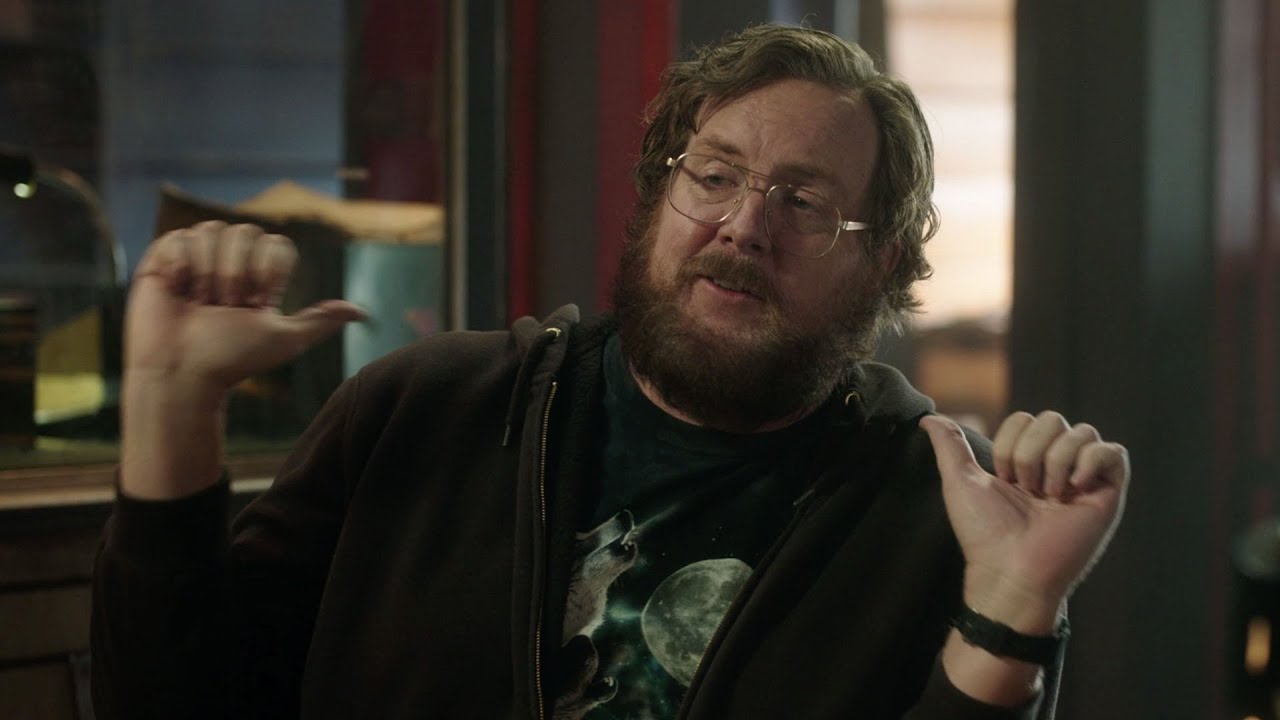 HBO Max’s Peacemaker is the new, acclaimed superhero spinoff series from James Gunn’s excellent The Suicide Squad, and Steve Agee is grateful that he’s been placed more into the center of the action.

The show follows the adventures of John Cena’s antihero Christopher Smith, AKA Peacemaker, as he is recruited on a top-secret mission called Project Butterfly, following from his prior Suicide Squad plotline.

Those two characters previously held minor roles in The Suicide Squad, relegated largely behind desks in the film, though they do both take part in a heroic moment in the climax of that movie.

Both John and Emilia get their moments to shine and kick butt in Peacemaker, something Agee credits to showrunner Gunn’s creativity and generosity.

“I can never thank James enough. I can never express how grateful I am,” the actor told Looper.

Explaining that on most days, even when he’s not playing a character for a movie or TV show, Agee is often at his computer writing or answering emails, so it was a refreshing change of pace to do something in the professional space that wasn’t strictly indoors.

“When I got the script and saw some of those moments [of Economos in action in ‘Peacemaker’], I was like, ‘This is a dream come true for me, for someone who grew up as a fan of action movies.'”

Agee said that as he grew older, and into his 50s, he largely resigned to the notion that he would never get his shot at doing action movies, which makes the opportunity of playing Economos doing some pretty harrowing stuff all the more amazing to him.

“[H]ere I am, doing some pretty kick-ass stuff. Yeah, I’m super grateful to James. I’ve never played a character that’s gotten to do stuff like this,” he said.

Watch Agee do what one does when they are all out of bubble gum on HBO Max’s Peacemaker, with new episodes premiering each Thursday.