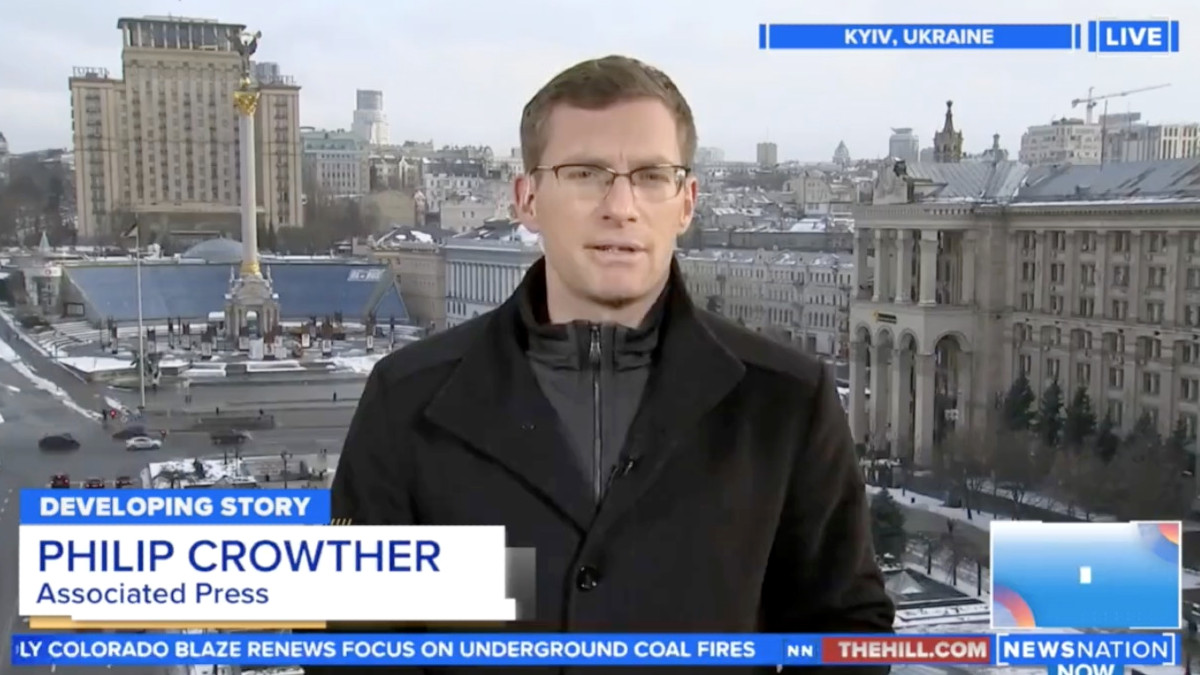 Tensions between Russia and Ukraine reached a fever pitch on Monday when Vladimir Putin ordered troops into the pro-Moscow, separatist-held regions of eastern Ukraine, potentially signaling the beginning of an invasion of the Eastern European outlier country. The escalating conflict is being covered by no shortage of international journalists, but perhaps none are harder working than The Associated Press affiliate correspondent Philip Crowther.

Reporting from Ukraine’s capital city of Kyiv, Crowther, a noted polyglot who speaks six different languages, has been speaking to various news organizations around the world. And on Monday, the British–German–Luxembourgian journalist posted a montage to flex his multilingual skills.

Crowther’s skills are impressive indeed — so much so, that within a day his video was viewed nearly 10 million times. People also sounded off in his mentions and quote tweets to complement his prowess, seethe with envy, or propose marriage, in more than a few instances.

“He even does the accents!” tweeted film podcaster Grace Randolph, adding that it was “impressive” that he also seems to know Elmo, to which Crowther replied: “We are friends.”

NPR host Peter Sagal joked that since Luxembourgish sounds a lot like German, “how hard is it, really.”

We’re all hoping for a peaceful outcome for the Russia-Ukraine crisis, but in the meantime, Crowther will be doing double—err, sextuple duty to keep us all informed.