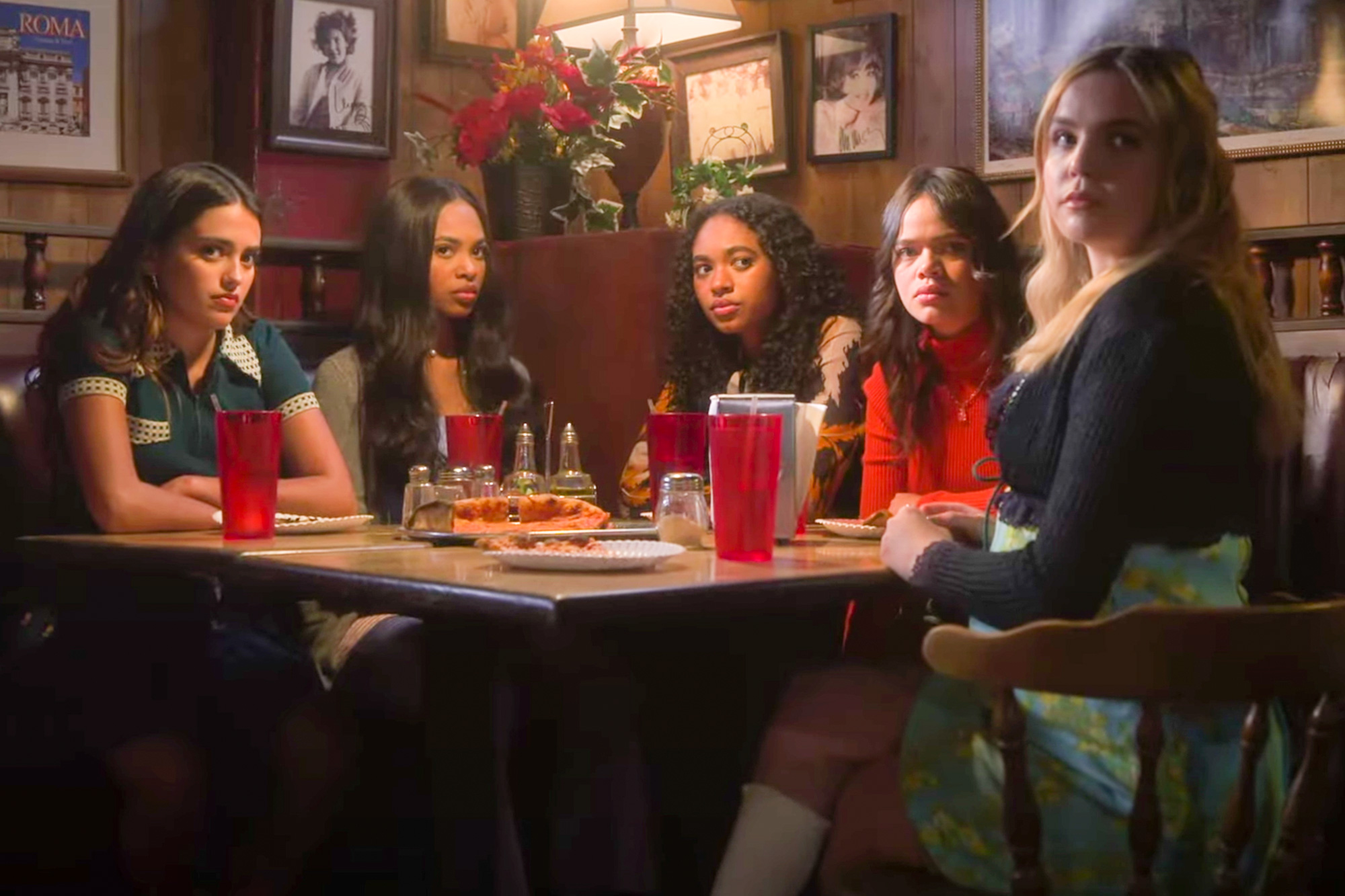 One of the best parts of any mystery series, but especially Pretty Little Liars, is the theories and guessing games that the fans put themselves through in order to discover who A is. It was a huge part of the original franchise with fans looking left and right for who could potentially be this all-knowing evil power. Now, in Original Sin, it’s slowly becoming the same way. There’s already a subreddit for the show and Twitter is filled with theories about who could possibly be A, theories about the girls and their mothers, and probably anything else you can think of.

There are plenty of fan theories out there, but of course, some are wildly thought up. This is a list of some of the more realistic and intriguing ones that we could actually see being true. You know, like Faran’s theory that Kelly is actually Karen and they switched places the night of the dance. Even the characters are theorizing about what’s going on in Millwood, so why shouldn’t we?

Mouse is part of the A team

There are multiple theories about Mouse, most of them involving whatever childhood trauma she went through that keeps getting brought up. This one, however, focuses more on the possibility of her being part of the A team. In the original Pretty Little Liars, there were multiple A reveals and, most of the time, it was more than one person (à la Ghostface from Scream), so suspecting the same out of Original Sin isn’t too farfetched.

Though we don’t know exactly what Mouse went through as a child, many are theorizing that she was kidnapped and lost her teenage years, which is why, in the opening credits sequence, we see her birthdate as March 13th, 1992, which would make her not fifteen — like she says — but instead thirty years old. It could be possible that Mouse is trying to relive her teenage years since they were stolen from her after being kidnapped.

If she has survivor’s guilt, it wouldn’t be hard to manipulate her into being on the A team and Mouse definitely seems to be the most easily manipulated out of the main five liars. Then again, we really don’t know all that much about her, so perhaps she’s actually the mastermind behind the A team? Whatever the case may be, we never got to see Aria revealed as the ultimate A, so seeing one of the main girls be A would be really shocking.

Chip is the one who assaulted Tabby

Reddit user u/jocelynm0721 comes to us with a theory about Chip and Tabby, who are supposedly two best friends. Tabby even refers to him as “her gay best friend who happens to be straight.” What if there’s something darker about Chip though? We don’t know all that much about him or his personal life, other than him being friends with, and seemingly having a crush on, Tabby.

Like it says in this theory, in episodes four and five, we saw a few suspicious moments from Chip. Though he seems like the nice guy type, anyone, especially girls, know to not always trust those deceiving traits. When Tabby, Faran, Greg and Chip are filming the Psycho scene for class, Tabby mentions spiking a drink and the camera immediately cuts to Chip’s reaction, which seemed… uncomfortable to say the least.

There are multiple instances of silent but big reactions from Chip that if you analyze closely come off as suspicious, especially around Tabby. So, with all of this being said, there’s definitely a chance that Chip is who Tabby is looking for — her assaulter.

This theory is very detailed and goes in depth as to why u/Kayla072119 believes that the masked killer is Angela Waters’ older brother, Freddy, the old janitor at Millwood High. We’re still unsure if the masked killer and A are the same person or if they’re working as a team.

Another part of this theory that makes it plausible is the Sheriff Beasley aspect. If it’s true that Angela was pregnant and was assaulted, it could also be true that we see a mirrored event between her and Davie like the confrontation between Imogen and Karen at the party, accusing one of kissing her boyfriend even though the other claims it was non-consensual. It would be an interesting full-circle moment.

Each of these reasons just gives more proof and evidence as to why the masked killer could and would be a member of Angela’s family. There are other theories suggesting it may be a baby that nobody knew about or even one of her parents, but the most popular is one of her siblings, since we’ve seen pictures in the masked killer’s trunk of a baby, whom we assume to be Angela and an older boy.

All of these theories are hearsay, and yet some of them are really good. If you want more theories, check out the Pretty Little Liars: Original Sin subreddit for all of your hypothesizing needs.