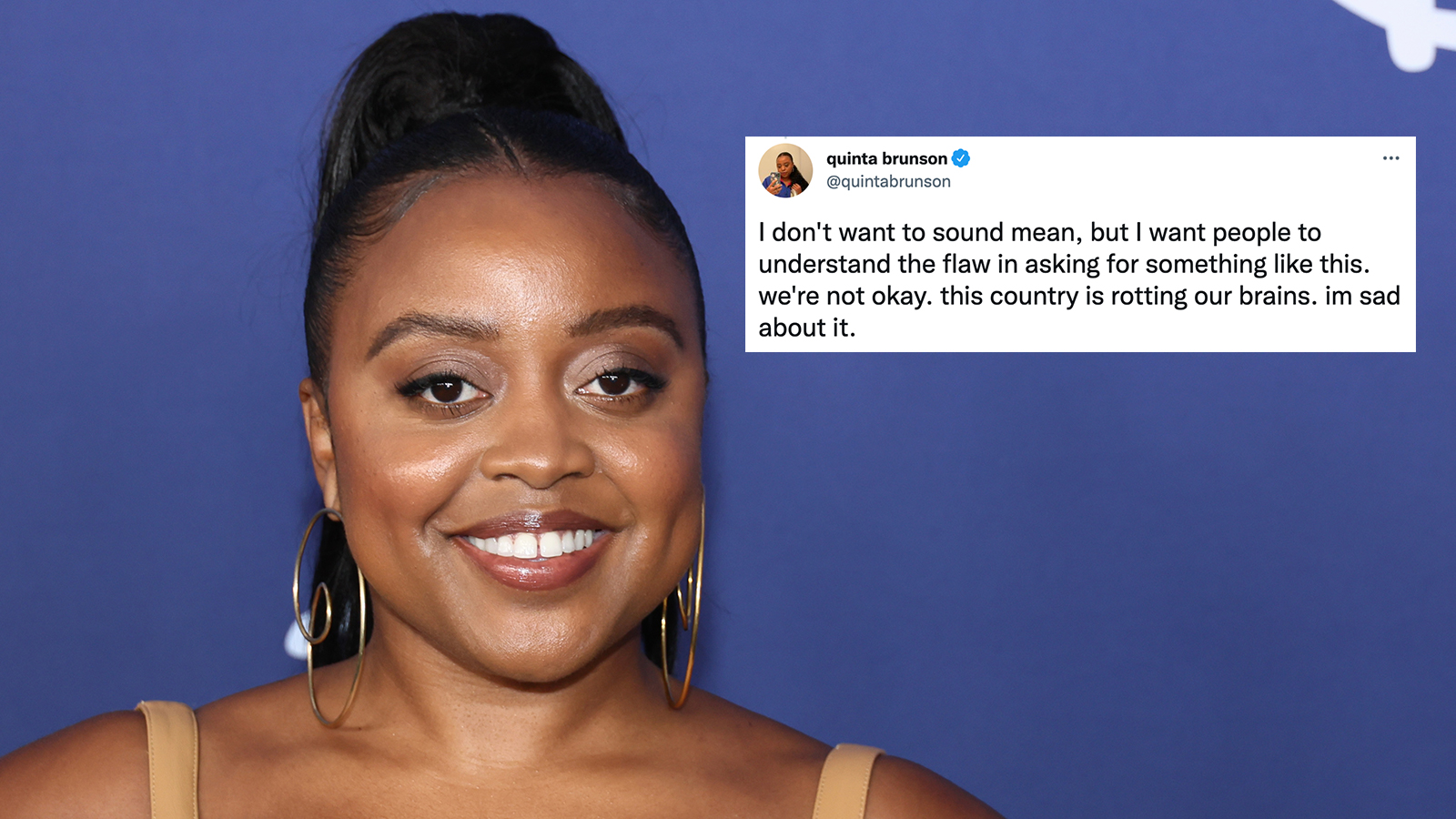 Abbott’s Elementary creator Quinta Brunson has kindly asked you all to stop suggesting she write a school shooting episode into the show’s second season following the horrific incident at a Texas elementary school this week.

ICYMI: an 18-year-old gunman killed at least 19 children and two adults at Robb Elementary School in Uvalde, Texas on Tuesday. According to Lieutenant Christopher Olivarez of the Texas Department of Public Safety, all of the victims were from the same classroom. It was the deadliest school shooting in the state and the deadliest school shooting in the US since 20 children and six adults were killed in Connecticut in 2012.

Horrific scenes have emerged since the event including photos of victims, their friends, families, and others in absolute distress. It’s a lot.

But in light of the event, Brunson said in a Twitter thread on Wednesday some people have asked her to reference the impact and tragic normalcy of school shootings in her comedy about teachers at an elementary school. One viewer claimed in a leaked screenshot shared by the comedian a school shooting episode could help government officials see the need for change.

Brunson fairly called out the anonymous user’s message and others like it for being wildly insensitive.

“[It’s] wild how many people have asked for a school shooting episode of the show I write. People are that deeply removed from demanding more from the politicians they’ve elected and are instead demanding ‘entertainment’. I can’t ask ‘are y’all OK’ anymore because the answer is ‘no’.

“Please use that energy to ask your elected official to get on Beto time and nothing less. I’m begging you… I don’t want to sound mean but I want people to understand the flaw in asking for something like this. We’re not okay. This country is rotting our brains. I’m sad about it.”

TL;DR: don’t direct your anger and grief about the Robb Elementary School shooting to a television show. Direct it to the government officials who can actively make concrete changes to stop horrific incidents like this happening again.