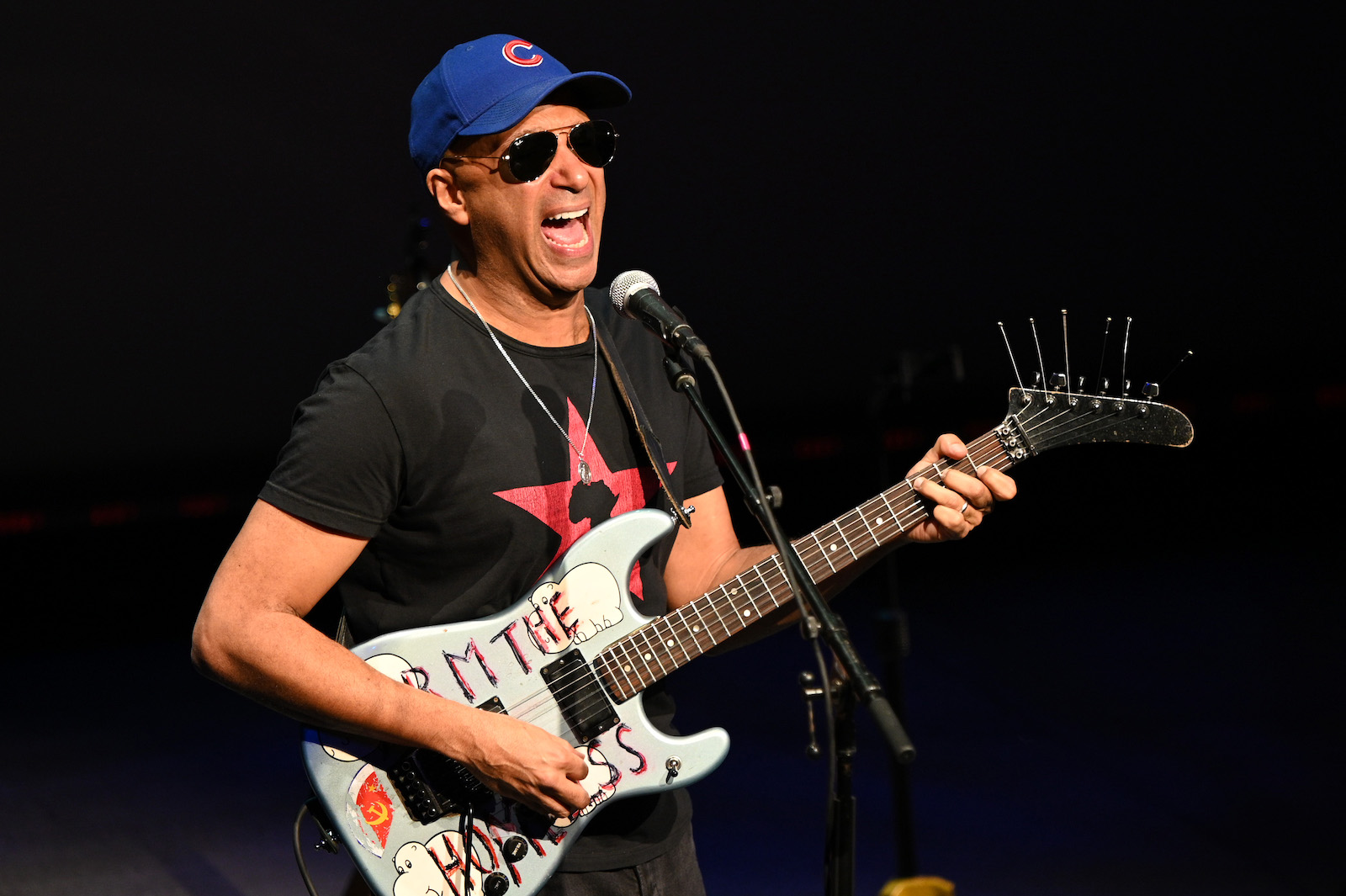 Photo by Bryan Bedder via Getty Images for Audible

Musician Tom Morello, of the legendary Rage Against the Machine and Audioslave, was mistaken for a member of the reality TV show Jersey Shore.

The story was relayed to the world by Morello on Twitter. It all started when he was hiking in Hollywood smack dab in the middle of one of those tourist vans’ routes featuring glimpses of the homes of stars.

“The driver says on the bullhorn ‘Hey I recognize you from somewhere! Are you one of those Jersey Shore guys??’ Morello wrote.

“I reply, ‘Absolutely.’ And everyone in the van took a photo,” he continued.

The hilarious story from Morello, who was obviously a good sport over the misidentification, stirred quite the buzz on the social media platform.

A fan even revealed a similar case of mistaken identity once happened to him, but that a group of tourists mistook him for Morello, which is perhaps a more flattering comparison than a reality TV star.

Another fan mentioned how they saw someone Morello knows “well” in a waiting room. “I didn’t even realize it was them until their name was called… and my jaw dropped. In the age of COVID, people can blend in well,” @B_Swag wrote. Could it have been Rage lead singer Zack de la Rocha? We may never know.

The cryptic tweet about the waiting room did spur someone to guess that perhaps the masked person was Bruce Springsteen, with whom Morello has toured as a musician. It seems unlikely since this all happened in LA, but again, who can know for sure?

Another reply to Morello’s Tweet imagines a hilarious mashup of Rage and the cast of Jersey Shore.

God bless you, Tom Morello, and your soothingly hilarious anecdotes.