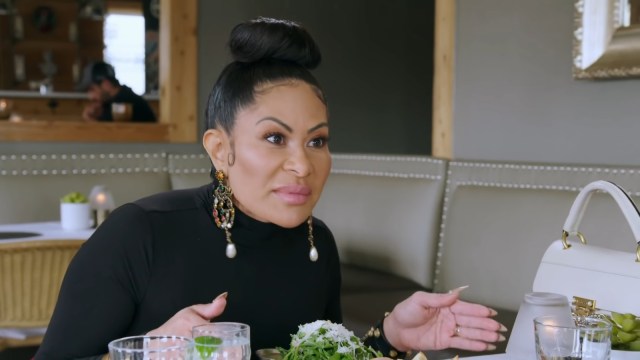 Jen Shah, one of the stars of Bravo’s Real Housewives of Salt Lake City, says a co-star used the n-word and other ‘racist’ comments to describe her son.

Jen Shah, 48, took to Instagram Stories on Monday and described what happened in a segment she called “Monday morning tea,” according to Page Six. She also asked fans to guess the identity of the alleged perpetrator.

She did offer some hints in her story, saying that the person:

In a follow-up story, the reality star said she “got receipts” of the alleged statements. It’s not known who she’s talking about but her castmates include Lisa Barlow, Heather Gay, Mary Cosby, Meredith Marks, and Whitney Rose.

It’s probably not Gay or Marks because all three of them were spotted together before Shah was forced to plead to conspiracy to commit wire fraud recently, according to Page Six. However, it might be Barlow, as the two feud often and don’t follow each other on Instagram.

It also might’ve been Cosby, who was controversially interpreted as saying she avoids 7/11 if there are Black men standing out the front. Shah has since quit the show but told the news organization she was misunderstood. Recently fired housewife Jennie Nguyen could also be a suspect after she was fired for controversial social media posts.

Whoever the culprit turns out to be, it’s also possible that Shah is looking for a different type of press following her recent legal troubles. She recently pled guilty to conspiracy to commit wire fraud, and will receive her prison sentence toward the end of November.

Real Housewives of Salt Lake City will return with Season 3 but an official release date has yet to be announced.