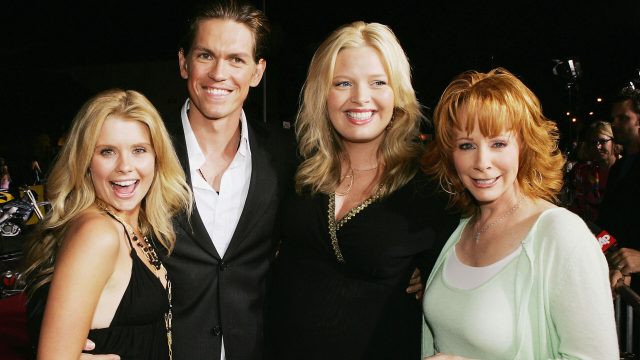 Reba McEntire is giving our Reba-loving hearts a glimmer of hope and excitement with a statement about a possible Reba reboot from a recent interview with Bobby Bones.

On The Bobby Bones Show, McEntire spoke about her upcoming restaurant/entertainment space, Reba’s Place, and several upcoming projects on the horizon. From a fall tour to a forthcoming Lifetime movie, The Hammer, in which she’ll co-star with Melissa Peterman, she had a lot to update her fans about.

Working with Peterman again is always a treat for the co-stars who met on the set of Reba and have been close friends ever since. Their relationship on camera spurred a familial bond off-screen, and it’s a fan favorite for all of us.

The entire cast became thick as thieves during the six-year run of Reba, and the love they continue to share for one another warms our hearts. Speaking of Reba, McEntire said that those bonds are a driving force in pushing for a reboot of the sitcom we all know and love.

“We’ve really been trying hard to do a reboot of the Reba show. I really want to work with the people that I got to work with during that six and a half years.”

She continued by saying that the cast had so much fun together; it’s a dream to do it all again — and not just a dream they share.

“It was fun, the cast the crew everybody we got to work with and play with, they were wonderful people. We wanted to get back together like a reunion and have fun, so hopefully that will happen one day.”

Fans have been anxiously anticipating anything from a reunion special to an entirely new run of the sitcom — with the original cast involved. Hearing McEntire talk about their desire to have the same thing is music to our ears, country music to be exact.

You can watch Reba on Amazon Prime Video or Hulu, and keep crossing your fingers for a reboot coming soon — we know what we’re asking Santa for this Christmas.