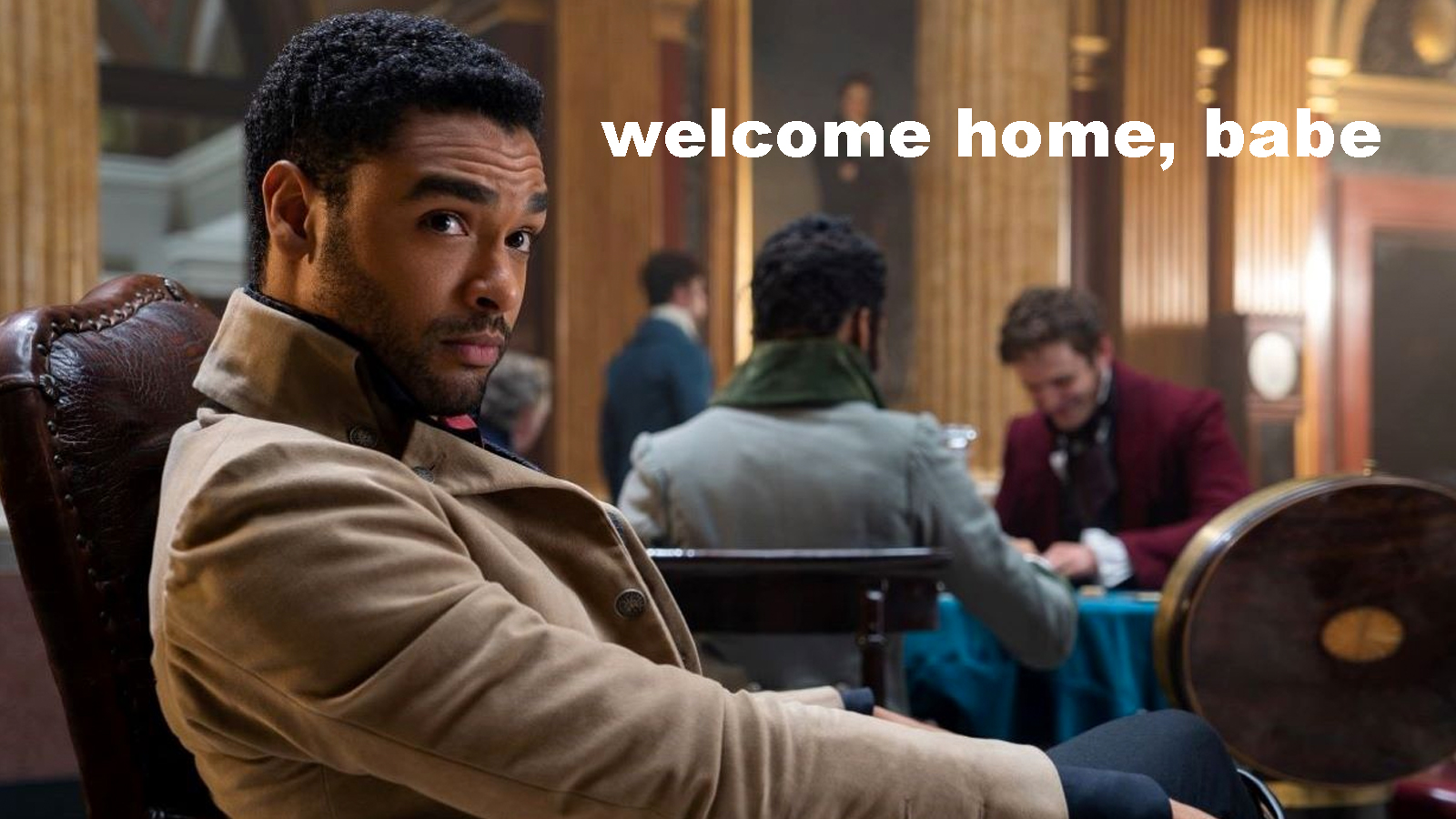 Page played the effortlessly charming Duke of Hastings in the first season of Netflix’s hit regency series. The actor then publicly left the show after stealing our hearts.

But according to a source via the Sun, he’s in talks to return to Bridgerton. The source claims Page has been in touch with the “show’s bosses” however nothing has officially been agreed on as of publishing.

“Rege-Jean was always very open about his intention to quit the show after the first season and to move on to other projects.

“But recently there has been a dialogue between him and the show’s bosses. Nothing has been formally agreed yet but watch this space.”

I apologize for the person I am about to become if Regé-Jean Page returns to Bridgerton. To quote the Duke of Hastings himself, “I will not stop thinking about it. From the morning I ease to the evenings I quiet to the dreams I inhabit. My thoughts of him will never end.”

The next chapter of Bridgerton follows Penelope Featherington, the woman behind Lady Whistledown AKA the secret newsletter spreading gossip in Regency London. So Gossip Girl meets Pride and Prejudice? Gimme, gimme, m’lady.

Penelope is played by Derry Girls star Nicola Coughlan. The actress was recently rumored to be joining Sex Education star Ncuti Gatwa‘s season of Doctor Who which would be a dream collab.