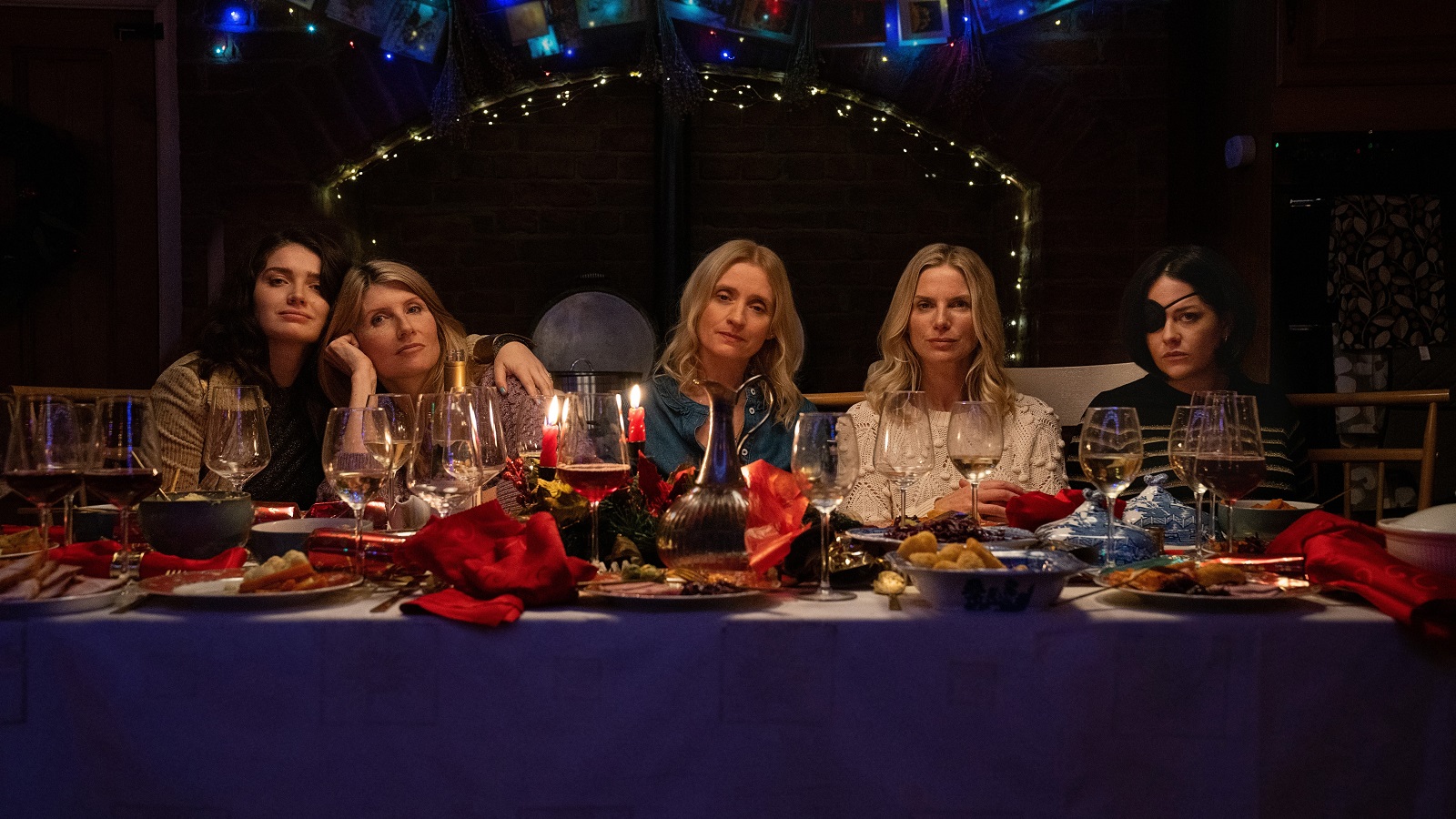 Image via AppleTV
Review of: Review: 'Bad Sisters' is a murderous melodrama worth the investment

Bad Sisters is much more than murderous intent around the dinner table, as this Apple original delivers something special.

When it comes to murder, some things are best kept in the family. An adage that never held more weight than it does in Bad Sisters, which streams on AppleTV from Aug. 19th.

Based on the Belgian television series Clan, written by Malin-Sarah Gozin, Bad Sisters transplants the premise to Ireland, introduces audiences to Grace Garvey (Ann-Marie Duff), then drip feeds in her other siblings. Bibi (Sarah Greene), Ursula (Eva Birthistle), Becka (Eve Hewson), and Eva Garvey (Sharon Horgan) complete this family all gathered to mourn for brother-in-law John Paul Williams (Claes Bang). What follows is a family drama centered around the man on display, which is darkly comedic but deceptively humane.

As much as Bad Sisters focuses on the Garvey clan and their family rituals, they cease to function dramatically without a loathsome interloper amongst them. That is when Grace’s husband, John Paul, comes into play, giving audiences someone despicable who automatically makes viewers get on board with what follows.

By turns, John Paul is overbearing, undermining, and overtly manipulative towards his wife Grace. He lauds his status and masculinity over the Garvey sisters during family gatherings while controlling his wife through belittlement. He shares a workplace with Eva and holds a sordid secret close to his chest for Ursula whilst fuelling hatred in Bibi and Becka. In many ways, this is a masterclass in understated villainy from the actor who made Dracula such an enticing prospect.

Appearing in sporadic flashbacks to flesh out the barely concealed malcontent, Claes Bang gives his creation a convincingly creepy edge. In conversation over dinner, in company, and elsewhere, every move is calculated towards gaining an advantage.

The subtle domestic abuse, which mainly stays away from anything physical, is manifested through panicked glances and oppressive body language, a performance that requires both actors to commit throughout if John Paul is to elevate beyond the expected stereotype. Thankfully, Ann-Marie Duff does an exceptional job in crafting her role to complement this domestic oppressor, which in turn gives Bad Sisters the plot push it deserves.

In the other corner are the brothers Thomas (Brian Gleeson) and Matthew Claffin (Daryl McCormack), who hold John Paul’s life insurance policy on file. As a comedic force of Father Ted proportions, these two characters represent the haphazard self-interest at the heart of all great drama. With an insurance business that will go under if John Paul’s policy goes through, these brothers are out to prove foul play for self-preservation purposes.

As the puzzle pieces fall into place and flashbacks unpack each botched attempt at offing JP, Bad Sisters treads a fine line between Martin McDonagh levels of pitch-black comedy and pathos. Matthew and Becka come together in a signposted but no less satisfying tryst, weaving a tangled web. Making the mire of deceit ever more intricate as this cunning group of siblings continues to plot, things explode, and the show throws in some poisoning for good measure.

All this works well and leans into certain elements of formula effortlessly yet remains engaging because of some truly exceptional writing. There is a real sense of reality that each actor brings to her portrayal, while these women genuinely feel like lifelong loved ones. As an ensemble, there are no stand-out performances since each character is granted their own moment in the sun and allowed to shine.

That being said, for sheer exuberance Eve Hewson should get some attention, as Becka Garvey is every inch the free-spirited creation she needed to be. Prepared to face life head-on and do away with regrets, Becka is hamstrung by small-town mentalities and a less than solid approach to relationships. Ursula is equally layered, carrying her own specific addictions and biological shortcomings into a family who depends on each other for more than emotional support.

Like all the best dramas, Bad Sisters ponders big questions and all too human concerns. It hones in on strengths and weaknesses in people, turning a critical eye on our motivations and making comedy from tragedy without passing judgment. It also raises the ethical questions that arise whenever a work of fiction delves into matters of murder.

Where is the line when it comes to family? How far down the road of discomfort should we watch people travel before we intervene? Beneath the comedy and pathos of this melodramatic mixed bag of murderous mystery, such questions wait for an answer.

Review: 'Bad Sisters' is a murderous melodrama worth the investment

Bad Sisters is much more than murderous intent around the dinner table, as this Apple original delivers something special.