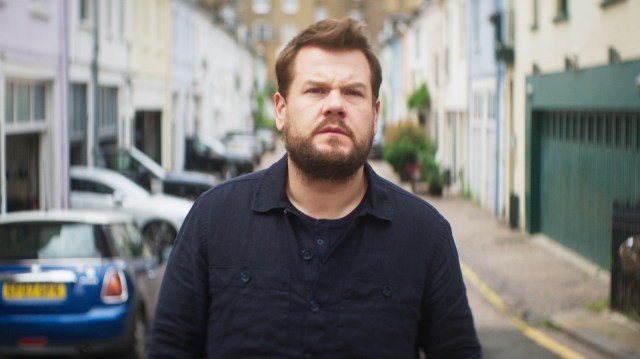 Image of Prime Video
Review of: Review: 'Mammals' gives James Corden back his heart and soul

Mammals, which hits Prime Video on Nov. 1, is much more than a dramedy with romantic notions and moral conundrums. Writer Jez Butterworth is deliberate in exploring questions of trust and of attraction, with debates around monogamy throughout.

With Amandine forced into hospital following complications, Jamie is left to hold the fort and share her progress with close family, equipped with minimal signal from their clifftop cabin. Weighed down with worry, powerless to help, and aided by music legend Tom Jones, Jamie makes a shattering discovery – one which involves numerous WhatsApp messages, provocative exchanges, and the starting point for a genuinely ingenious piece of drama.

Back in London, Jamie carries on as normal having retained her phone under false pretenses. After hacking the contents, there turns out to be a string of lovers, who have systematically stepped into the breach during his absence. A situation which not only hammers home the drama early on, but oddly also combines with other conflicting elements to make Mammals consistently comedic, an ancillary benefit which is aided in no small measure by Corden’s performance.

Running parallel to this emotional upheaval are the lives of Lue (Sally Hawkins) and Jeff (Colin Morgan), who live a seemingly idyllic existence isolated from suburbia. Lue is Jamie’s sister who runs a small village shop, while her academic other half travels the country fulfilling his educational ambitions. At first, this extended family feels somewhat superfluous to the action, as Lue daydreams of an existence far away from their rural retreat.

Swept up in biographical research on fashion designer Coco Chanel, Lue longs for a means of personal expression beyond her role as homemaker. Much of the time, Hawkins dials her emotions right back, diminished and distant from a husband she no longer finds attractive. For some, Lue will represent the beating heart of this show in retrospect, even if Corden garners the most attention initially.

What Jez Butterworth has created here alongside series director Stephanie Laing is genuinely unique, as Mammals transcends traditional genre expectations to give audiences something really special. Having made his mark in film writing through Black Mass, Edge of Tomorrow, and Spectre – this prize-winning playwright delivers a piece which feels deeply personal. An achingly honest drama about the human animal, which dares to dig deeper than many of his contemporaries, including Patrick Marber.

With his adaptation of Closer, which was directed by the late Mike Nichols, Marber delivered the ultimate diatribe on relationship infidelity filtered through an all-star cast. The difference between Mammals and Closer being nuance as crafted by Jez Butterworth, who injects more humanity and less male dominance into his interpretation than the overtly misogynistic alternative.

In this incisive Prime Video offering, audiences are treated to every side of the affair, experiencing how inspiring Amandine has been for Jamie, as well as dissecting her more destructive digressions. Every measured moment between an exceptional Kreiling and a note-perfect Corden makes Mammals a genuine pleasure to watch the shifting sands of their relationship play out from present-day devastation to latter-day exultation.

Throughout this thought-provoking drama, Butterworth subtly wrongfoots his audience, by offering up the obvious before delivering a blindside sucker punch packed with poignancy. Coming from the pen of a seasoned screenwriter, Mammals is understandably eloquent and exacting in its character creation, making sure to leave some questions left to ponder once the credits roll.

At no point does he pass judgement on the people who populate this drama, or take sides, which may be down to infidelity and its aftermath being secondary to a much larger point he is trying to address – one which includes every animal irrespective of species, regardless of pecking order or intellectual dominance. It questions social constructs which are implicitly human, fundamentally fabricated, and apparently make us superior.

No other drama on television has successfully managed to address this question without dropping the ball, which is why Mammals will not only win awards, but deserves pride of place on every watch-list come November.

Review: 'Mammals' gives James Corden back his heart and soul