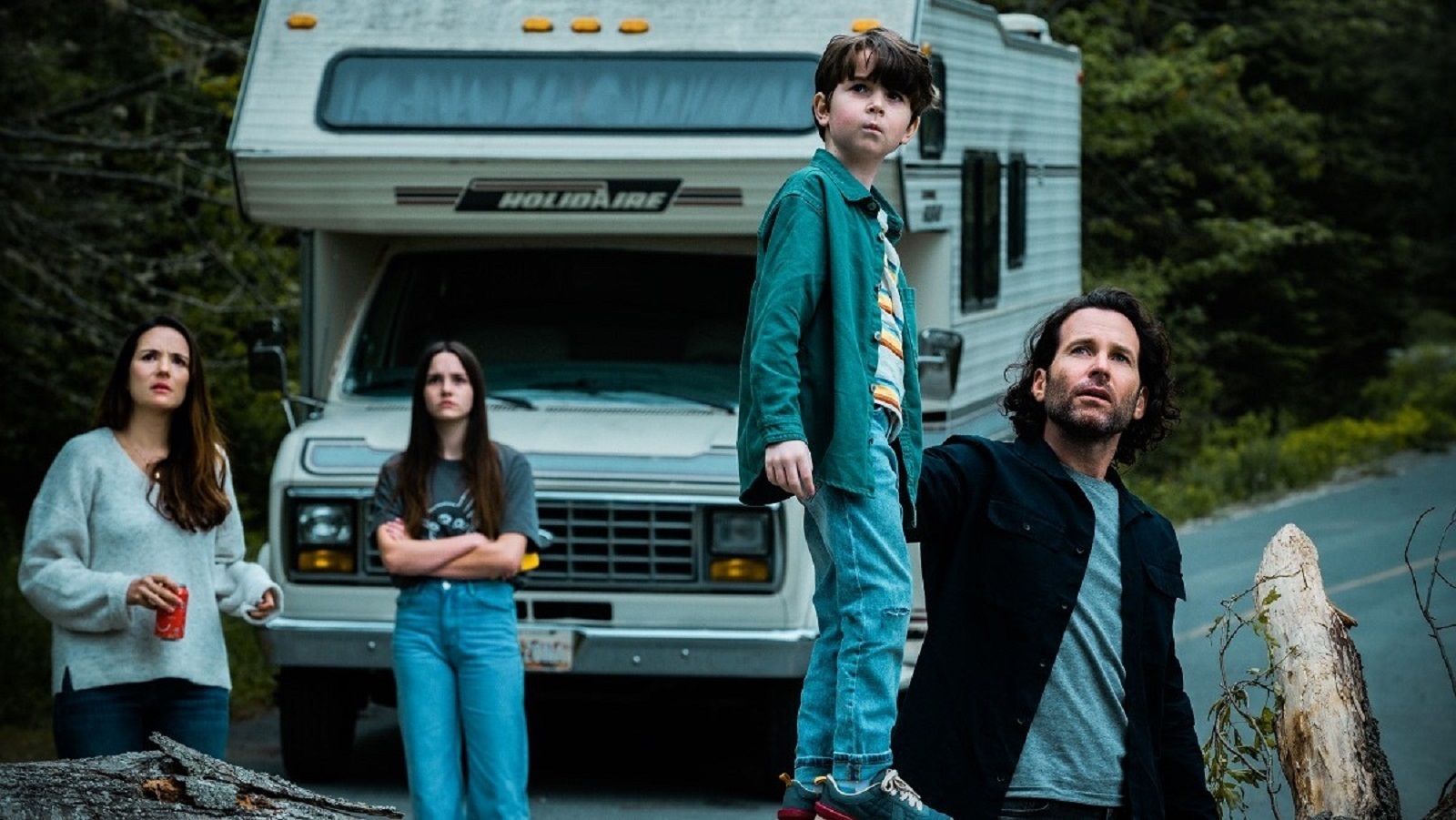 Courtesy of Epix
Review of: Review: New Epix series 'From' tackles more than monsters under the bed

'From' is a new Epix series that might remind audiences of 'Lost,' but has its own charms and unique set of characters.

As far as titles go, From is pretty ponderous stuff. By definition, the word offers no impetus and lacks any sense of momentum. People in this new Epix thriller are re perpetually off balance, forever trapped in an endless loop of predetermined repetition — always waiting for things to happen, rather than instigating change or seeking out solutions.

In life, to come from somewhere else means to have arrived somewhere new. This is not only a linguistic conundrum but a fundamental indicator of change, and something audiences might want to consider before diving into From.

With Jack Bender and the Russo brothers as executive producers, From plays like a Grimm Brothers fairy tale with smatterings of early Stephen King thrown in. With a set-up that includes an impenetrable forest and after-dark curfews, this is bogeyman under the bed territory. Crudely fashioned emblems ward off evil spirits, while windows are covered and nailed shut to protect the unwary. Fireside fables and harrowing half-truths are passed on to newcomers, while daily life is overseen by the town sheriff Boyd Stevens.

Lost alumni Harold Perrineau leads without instruction and admonishes free from judgment. Existing in a no man’s land between colony house and the townsfolk, Boyd fights against despair on a daily basis. Up on the hill, Elizabeth Saunders wages a similar war as Donna, preparing people for the life they have chosen to lead. Misdemeanors are dealt with publicly, while overt acts of strength take their toll in private.

This fragile status quo is disrupted by the arrival of a new family. Headed up by Eion Bailey as Jim Matthews, this flashpoint marks the start of a strong opening episode. Character moments fill in the family dynamic, while relationships elsewhere are quickly established through the slick use of cross-cutting to maintain momentum. Atmospherics and incidental instrumentation do the rest, which in turn leads to some unwanted attention from the inhabitants.

Doppelgangers, unsavory discoveries, and moments of genuine pathos pepper this series from minute one, as time becomes an abstract concept. Trapped in a loop that robs people of ambition, yet strengthens their desire for companionship, this feels like a ramshackle utopia. Without the pressures of society to achieve, interactions become simpler, agendas diminish, and rules take on an overtly symbolic hue. Lifestyles are more liberated and loss cuts much deeper, as connections are stronger and personal choices more crucial.

Production designer Mat Likely also ensures that this forgotten town is run down to the point of being another character in the drama. Burnt-out cars, abandoned buildings, and a distinct dustbowl ambience hangs over everything, adding to the sense of timelessness that broods beneath the surface of this township in decay.

Beyond Harold Perrineau’s sheriff and Elizabeth Saunders’ matriarch, other standout performances come from David Alpay’s new comer Jade, and Ricky He’s deputy Kenny. Between the fish out of water apathy which defines Alpay and He’s angst-ridden overtones, each actor imbues From with some essential narrative depth. As audiences get to experience the ramifications of direct action on these characters over time, writer and creator John Griffin also includes other elements from elsewhere designed to dig them in deeper

Aside from its jump scares, monstrous apparitions and small-town tragedies, From aims to ask some awkward questions. It harks back to a simpler time devoid of artificial interference, where entertainment came from people spending time together, rather than being distracted by ambition or attention-seeking social media moguls. In this show, time is the real enemy each person faces, as hope gives way to futility and years drift by without progress.

Horror exists in the perpetual grind of living moment to moment. Boundaries become barriers, treelines are stripped of their beauty and roads represent a life lived on loop. As audiences would expect from the involvement of Lost alumni Jack Bender, From has its own internal logic that will have people asking questions. The eclectic cast includes some unique character creations that would fit right in on a deserted island. That said, those similarities are fleeting and never impact on the originality that this show strives for. Some may also accuse From of being formulaic by tapping into established genre tropes, but surely if those are done well and feel earned, that is no bad thing.

Review: New Epix series 'From' tackles more than monsters under the bed

'From' is a new Epix series that might remind audiences of 'Lost,' but has its own charms and unique set of characters.