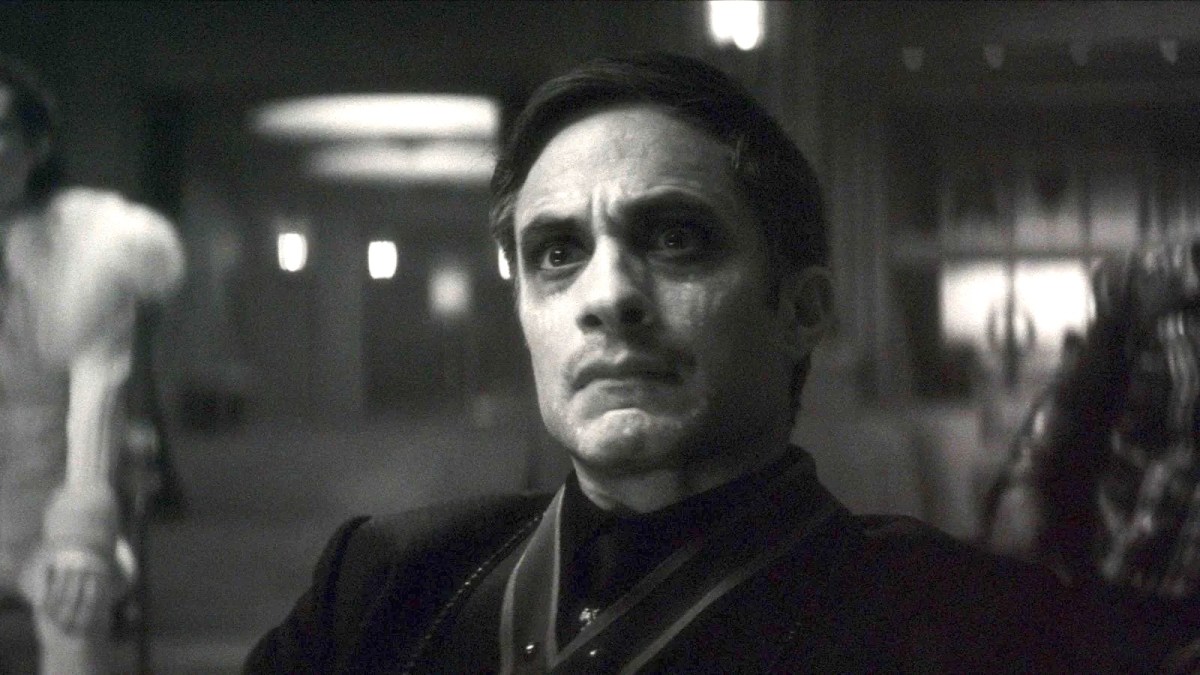 The Marvel Cinematic Universe is entering spooky season on a high note with its first genuine entry into the horror genre Werewolf by Night. Lushly filmed in silver screen-era black and white and rife with monster hunters, ancient artifacts, things that go bump in the night — and of course a werewolf — the film is brimming with horror bonafides. But is it enough to draw in fans of the genre? And does it even belong in the MCU in the first place?

The answer to the first question feels like a “yes.” With all the requisite action of an MCU entrant, the film also manages to throw in a goodly amount of gore and violence. But what really works about the movie is its dedication to the classic Universal Horror movies that seem so near and dear to director Michael Giacchino’s heart.

Giacchino is best known for his work as a composer of scores for some of Hollywood’s biggest tentpole films of the last twenty years, but his directorial debut definitely outs him as a fan of the classic 1930s horror movies and their tropes. From the title card — which may have well come from Universal’s art department circa 1934 — to the penultimate moment, Giacchino serves up a menu to satisfy the appetite of the most ardent fan of the first wave of monster movies.

A group of famous monster hunters meets in the castle of their revered and deceased former colleague to fight, to the death if necessary, over the sacred amulet known as the Bloodstone. They must make their way through the maze-like mist-ridden landscape of the castle’s mysterious garden to fight a primordial evil and claim the stone as their own. But not before Bloodstone’s long-lost daughter, played by Laura Donnelly, appears to stake her claim for her birthright.

One practically expects Boris Karloff and Bela Lugosi to appear as extras. But will it scan for traditional MCU fans?

Marvel has a long history with Horror and released a trove of macabre-themed titles in the 1970s in the wake of the reformed Comics Code Authority which allowed for supernatural elements to be incorporated into comic books for the first time since the code’s inception in the mid-1950s. Marvel had a number of successes, notably with Tomb of Dracula, Son of Satan, Ghost Rider, and of course, Werewolf by Night.

The MCU hasn’t exactly had the same success with horror-themed characters. The Robbie Reyes version of Ghost Rider did appear to some acclaim in Agents of S.H.I.E.L.D. but other efforts such as the abortive Helstrom have fallen flat. So far no one seems to have been able to get the necessary ingredients together to capture both the atmosphere of Horror with the MCU feel. Until now.

Giacchino’s movie (or, technically a Marvel Studios Special Presentation) is something of a lycanthrope itself, neither a studio movie nor series but an ostensible one-shot featuring Gael Garcia Bernal as the titular werewolf, also known as Jack Russell (which is still as funny as it was in the 70s). And while the movie (special) maintains the veneer of old-school horror, it quickly shows its true MCU nature as the conflict within the movie ramps up — especially as we get our first glimpses of the show’s not-so-secret surprise guest, Marvel’s own homegrown horror stalwart The Man-Thing.

Along the way, it is revealed that very few things in Werewolf by Night are what they seem but the film also reveals itself to be a perfectly realized horror tale that exists and fits into the MCU as a whole. After several failed attempts, it seems like the MCU has finally found a capable Cryptkeeper at last in Giacchino. With this and the possibility of other one-shots, not to mention the upcoming MCU Blade relaunch, the MCU may be as populated with occult figures as Marvel Comics was in its 1970s horror heyday.

Werewolf by Night will be available for streaming on Disney Plus on Oct. 7.