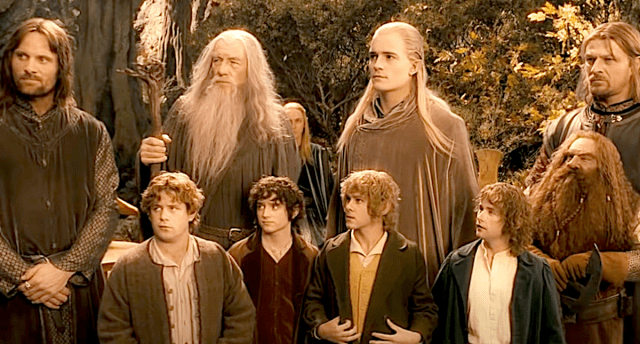 Amazon Prime’s venture into Middle-earth has been the target of unceasing backlash from a portion of its viewer base, as detractors criticize everything from its characters to its storytelling.

The Lord of the Rings: The Rings of Power is just over halfway into its first season, slowly unfurling a story that increasingly appears to be genuinely epic in scope. The series has spent much of its first five episodes establishing characters and plot points that are potentially seasons away from fully paying off. Grand wars and toppled kingdoms are in this show’s future, but for now, it is taking care to approach its story slowly, with attention to detail that makes even longtime Tolkien scholars take notice.

This cautious, leisurely approach to storytelling is one of the primary targets of pushback, however, as those with less regard for the show’s intricate details lose interest in its languorous plot.

It’s not an exclusively modern problem, however. At least according to one denizen of the web, who graced Reddit recently with a comparison of the reaction to Rings of Power to that of Peter Jackson’s The Lord of the Rings: The Fellowship of the Ring. While they note that sites like IMDb were far less used back in the early 2000s, the site still contains a number of salty reviews from long-ago detractors of the immensely popular films.

User AhabFlanders provided readers with a collection of Fellowship reviews, ranging from one star to critical four stars. Each of the reviews voices a complaint about the film, with many noting its distance from Tolkien’s written word. They call the 2001 film a “major disappointment,” a “disrespectful adaptation,” and “nothing more than an action adventure movie.”

AhabFlanders’ point is flawlessly made in the post, showcasing that audiences weren’t instantly enraptured by Peter Jackson’s trilogy either. Over the years, however, it has become one of cinema’s most popular movie trilogies, with a die-hard contingent of fans that will defend it with their dying breaths. We’re guessing that even some of those one-star reviewers came around to its finer points, despite an over-emphasis on action and a lack of many Tolkien details.

The fact of the matter seems to be relatively clear. Nothing is perfect, and no adaptation is going to flawlessly recreate its source material. Over time, however, a story can become something incredible all its own, even separate from the works that inspired it. This is largely the case with Jackson’s trilogy, and in a few years—or maybe a few decades—it could easily be the case with Rings as well.