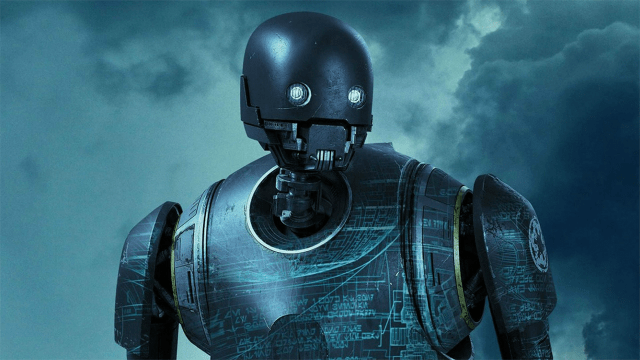 Andor is a big hit for Disney Plus, and it’s also a spin-off of a spin-off called Rogue One. One of the stars of the latter, Alan Tudyk, has nothing but good things to say about the show.

Tudyk portrayed the reprogrammed Imperial droid K-2SO in Rogue One. He was Andor’s companion and quickly became a fan favorite. Unfortunately, he does not appear in Andor, at least not this season. That doesn’t mean he’s not watching though.

“The acting in that show is so incredible. Like so incredible,” Tudyk told Comicbook. “Diego Luna is fantastic, but everybody also around him, all of the actors, I mean, back up and watch it. I just really, I’m really enjoying that.”

Tudyk also revealed he will probably appear in the show in the future, and that the reason he’s not in the show yet is due to how the narrative is told.

“The story that Tony [Gilroy] is telling doesn’t involve K-2SO until later on,” Tudyk said. “I can’t be too specific, but I can definitely say that I’m not going to be in the first season.”

Part of the reason the show is so popular is that it blurs the line between good and bad, especially when it comes to the Empire. Director Tony Gilroy told StarWars.com that this was intentional.

“I can’t imagine writing black and white. I mean, I have believed in every villain I’ve ever written, you know. You’ve really gotta believe in him. You gotta love him. You gotta know why they’re doing it. You gotta feel for it. And there has to be a reason for it. You’ve gotta get behind everybody.”

Because K-2SO was originally a droid for the Empire, there’s a good chance he’ll be a bad guy at first. That would make for a fun narrative arc. For those who can’t get enough of Tudyk in the meantime, he’ll appear in Transformers: EarthSpark, which premieres on Nov. 11 on Paramount Plus.