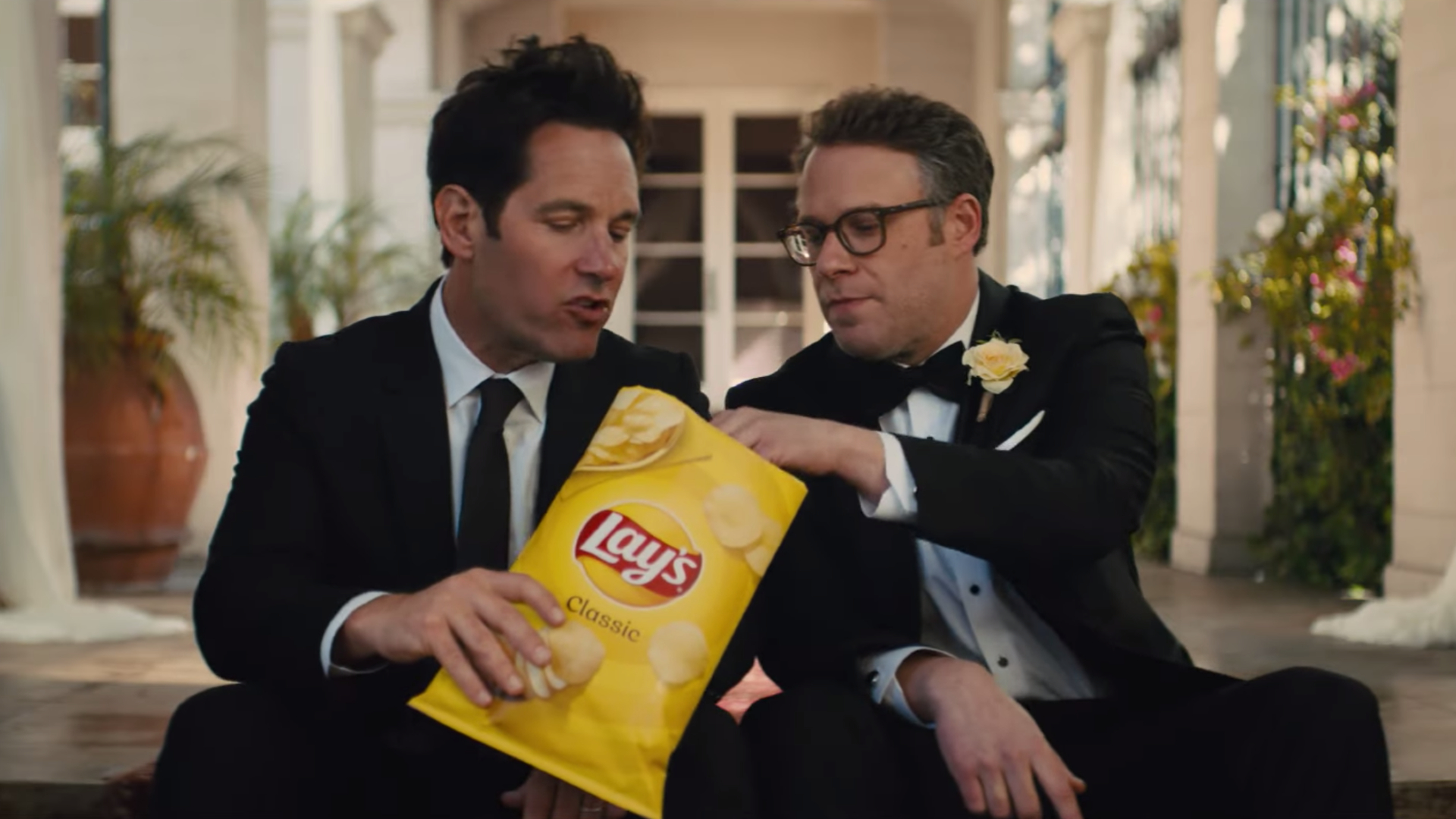 Whilst promoting his new show Pam and Tommy on Jimmy Kimmel Live, Seth Rogen discussed all the topics one would expect of the comedy actor, namely how he spends his Valentine’s Day, crying on a first date, and the unsolved mystery of mysteries, Paul Rudd’s seemingly eternal youthfulness.

Rogen, dressing a little dapper, sits down with Kimmel to promote his recent TV outing on the show Pam and Tommy. Talk quickly turns to his recent Super Bowl commercial for Lay’s, where he stars opposite Rudd and reminisces about various stages of the pair’s lives over a bag of potato chips. Where Rogen seems to age throughout the different memories, mainly shown through either having a beard or not with a few gray hairs thrown in, Rudd looks the same in every single shot.

“It was a little alarming in some ways, honestly, because when I started working with Paul Rudd, he was older than I was…And now, I somehow passed him! You would assume I was his uncle between the two of us. You would assume I was watching him. He looks so good it’s shocking! I showed up on set and I was like, ‘Damn, what happened? How did I pass you? Did they freeze you?’ It was really upsetting in a lot of ways.”

Rogen is the younger of the two at 39 years old compared to Rudd’s 52, and yes, though Rudd does look younger, we won’t hold that against Rogen. His frequent co-star simply does not age. Paul Rudd’s agelessness has long been a hot topic on social media and in Tinsel Town, especially after he won The Sexiest Man of the Year in 2021. Whatever he is doing, it is working.

As for Pam and Tommy, the series is now available to stream on Hulu and Disney Plus.