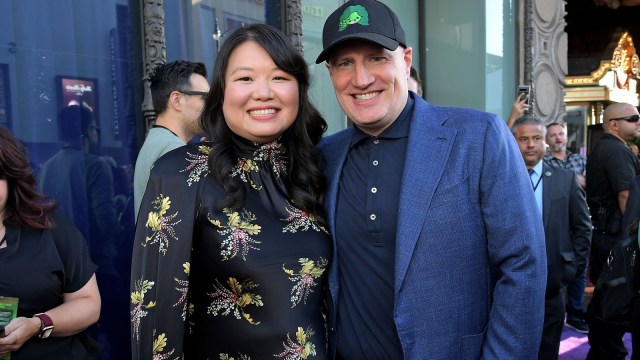 As one of the most important, influential, and powerful figures in modern Hollywood, you wouldn’t have thought that Marvel Cinematic Universe head honcho Kevin Feige would be the victim of a relentless trolling campaign, but She-Hulk: Attorney at Law showrunner Jessica Gao clearly had other ideas.

It may have taken a while, but after being rejected during the development of Captain Marvel, Black Widow, and Shang-Chi and the Legend of the Ten Rings, the writer and executive producer eventually got the chance to run point on a Marvel Studios project when she was handed the reins for Jennifer Walters’ live-action debut.

As Gao revealed to The Wrap, she continued her needling of the company’s chief creative officer the entire time, turning her repeated rejections into a running joke.

“I’m a big believer that every opportunity you miss is actually setting you up for something else. I truly believe that I didn’t get any of those three Marvel movie jobs because it was building to this point. Because what it really did for me is every single time that I pitched to Kevin, and Lou [D’Esposito] and Victoria [Alonso], and Brad [Winterbaum], I get to spend an hour with him, and I get to shoot the shit and hang out and chat. Then I get to pitch my movie. Then, of course, they wholeheartedly reject me. But every time I would go in to pitch, it was like, ‘Oh, hey, what’s up? Is it the time of year where you reject me again? Cool. What have you been up to since you rejected me?’ It just really made the room very warm.

Each time, they got to know me more, I got to know them more. By the time I came into pitch She-Hulk, I think they had a very good sense of what my sense of humor was. They had a good sense of what type of writer I was, what kind of story I built. They just had a very good indication of what I’m about. I think that that really helped sell it, because they weren’t coming into me cold. They already talked to me so many times, they understood the quirks and nuances and the little things that I really infuse into everything.”

Taking things even further, Gao went on to explain that she was planning to attend Comic-Con wearing a Feige-esque baseball cap that simply said “Kevin Sucks” on it, but despite the man himself being on board in a different way, it never came to fruition.

“I wanted to get a classic Kevin black baseball hat that said “Kevin Sucks” on it. I was going to wear it backwards when I came onto the Comic-Con stage, so nobody saw what it said. The first time I got asked a question, I would first Sylvester Stallone in Over The Top-style, turn it back around so that everybody could see that it says “Kevin Sucks.” Then just not talk about it and answer the question. Then I’d present the hat to Kevin. If I had time, I absolutely would’ve found an embroiderer to custom embroider Evel Knievel-style, “Kevin Sucks” across the back of my jumpsuit and I’d strut out on stage and then I’d do a spin. Then with my back to the audience, just point with my thumbs.”

That’s awfully bold of Gao, and while she didn’t end up following through on her threat, there’s still plenty of time should recent Disney Plus debutant She-Hulk end up being renewed for additional seasons.