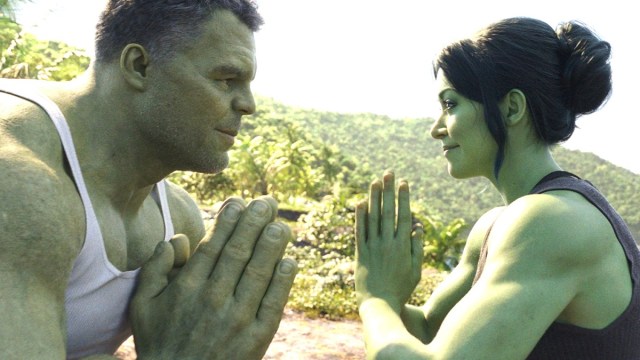 While fans know to always stick around to the very end of the credits of every single Marvel movie for that one extra tag scene (even if it’s often just a five-second gag), the process of wading through the — extremely long — credits of an episode of an MCU Disney Plus show is much more of a gamble. Sometimes you might be rewarded with some bonus material, or you might have just wasted seven minutes of your life.

The gamble is definitely worth it with She-Hulk: Attorney at Law, however, as the currently unfolding series has so far featured a post-credits scene in each of its first episodes, something unusual for Marvel’s shows which typically only whip out the secret sequences as they ramp up to their finales. While speaking to Entertainment Weekly, EP Jessica Gao explained why this ended up happening, as well as warning that there are a couple of episodes to come that are tag scene-less. As Gao said:

“I think there’s only one or two episodes that don’t but nearly every episode has an end-credits scene. It’s just a result of the fact that we’re all comedy writers. If you give us a chance to do an extra joke, we’re going to make an extra joke.”

Gao’s rationale for the bonanza of post-credits material makes sense as sitcoms have long played additional scenes over their closing credits just so they could squeeze in another laugh or two. Likewise, DC’s Peacemaker, itself a comedy superhero series, did very much the same thing earlier this year, often hiding an extra gag right at the end of the episode.

Be warned, though, people, apparently, not every single episode will feature a bonus scene, so there may be a couple of wasted credit watches coming up to spoil your Thursday. But hopefully, the bulk of the episode preceding it will be good enough to offset that disappointment. Catch new episodes of She-Hulk: Attorney at Law weekly on Disney Plus.