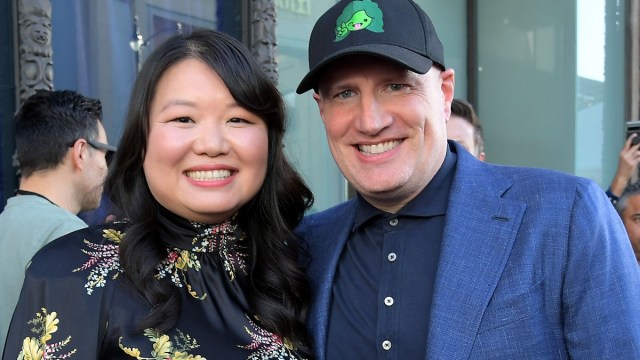 By now, you may have just had enough time to try and wrap your head around the finale of She-Hulk: Attorney at Law, which took a sledgehammer to the fourth wall in a way nobody could have predicted in their wildest dreams.

It’s one thing to speak directly to the camera and crack in-canon jokes at the expense of the Marvel Cinematic Universe, but it’s an entirely different scenario to literally escape from your own show, clamber through the Disney Plus homepage, and head behind the scenes to try and raise your issues with the man in charge, who also happens to be called Kevin.

It was absolutely insane, even by the standards of the regularly meta She-Hulk, and you can already feel the winds of polarizing opinion blowing across the internet. Turning Mr. Feige into a sentient robot who oversaw the entire MCU from a control room was a bold storytelling decision, but the man himself had one singular issue with the scenario, as showrunner Jessica Gao revealed to Marvel.

Kevin said, ‘Well, that doesn’t make a lick of sense, why would a robot wear a hat?’ I said, ‘That’s the part that doesn’t make sense to you, Kevin, that is the line of logic that you won’t cross, we have you represented as an AI brain that is controlling all of the Marvel Cinematic Universes, but the thing that you can’t get past is that it might have a hat on top of the machine?’ And he said, ‘Yeah.’”

Yep, Feige’s biggest question was why the robot bearing his name would wear a baseball cap. Which he probably said while wearing his signature headgear, just to add another layer of meta-textual madness to a ninth and final chapter that took fourth wall-breaking to extremely absurd heights. Love it or hate it, it’s got to rank as perhaps the single most daring thing we’ve ever seen from the MCU.