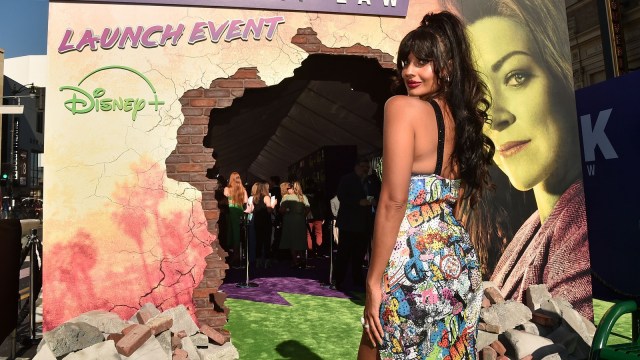 Playing a major role in the Marvel Cinematic Universe requires intense training in order to master the stunts, hand-to-hand combat sequences, and general level of running and jumping that comes with playing in the superhero sandbox. In the case of She-Hulk: Attorney at Law star Jameela Jamil, though, she suffered an injury that’s already become part of franchise folklore.

Perhaps revealing too much information at the show’s red carpet premiere earlier this week, the actress admitted that doing her own stunts came at a price. Namely, The Good Place alum revealed that she was “hurting in places that [she] didn’t know exists”, before going on to add that “you’ll probably have to bleep this out, but I pulled a muscle in my asshole”, which she unsurprisingly didn’t know was even possible.

Given that we live in what’s regularly proven itself to be the strangest of timelines, Jamil has been inundated with questions regarding her… unique physical ailment, which she sought to clarify by posting a video on social media that showcased the exact wire-assisted kick that led to the most unfortunate injury imaginable.

As you can see from the caption attached to the post, Jamil is clearly regretting her decision to share with the world during a recorded interview that she innocuously suffered a sphincter splinter. Supplying evidence to answer any questions her followers may have might not put the issue to bed, but maybe it’s time to turn the other cheek and let the issue lie, otherwise she could crack.