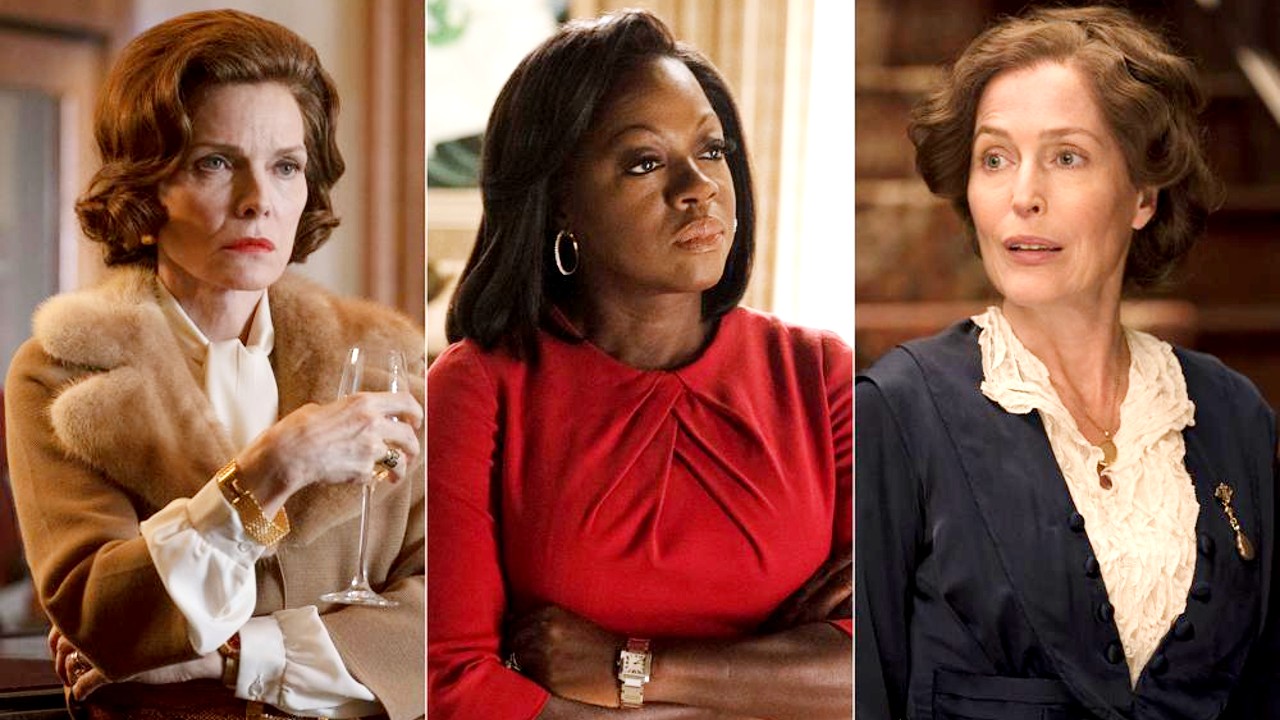 Days ahead of the premiere of the new anthology drama series, The First Lady, Showtime is unveiling a new batch of images featuring its main stars, Michelle Pfeiffer, Viola Davis, and Gillian Anderson.

In the show, Pfeiffer will play Betty Ford, Davis will play Michelle Obama, and Anderson will play Eleanor Roosevelt. While each historical figure the acclaimed actors are portraying has a uniquely “compelling and gripping” story of their own as the wives of presidents, the sum of all three stories is even greater than their parts, according to director Susanne Bier, who won an Oscar in 2011 for Hævnen.

Bier said the series, posing an irresistible challenge to adapt, isn’t meant to be a biopic, but rather a way to put “women’s situation in the world very much in perspective” by focusing on each person’s differing experiences and points in time, according to Associated Press.

Since there is no first-lady role in Bier’s native Denmark, tackling the series was a way for her to gain new respect for each of the historical figures, she said.

“What was striking to me was the fact was they realized how to navigate within the White House without actually having a political position, and became much more influential than one would have thought.”

One example of the first lady role’s influence was Betty Ford’s openness about having breast cancer, which helped to destigmatize the topic and subsequently save lives due to it being talked about more in the U.S. and other countries, Bier said.

Bier is a co-showrunner for the series, alongside Cathy Schulman, with the drama being executive produced by the Oscar-winning Davis.

Schulman clarified the series isn’t meant to be a documentary but is presented as historical fiction explored through both personal and political chapters.

“We had to imagine what happened in between the events and the things that have been written about,” she said during a press event.

Rather than the presidents taking center stage, the show focuses on the first ladies as the main characters.