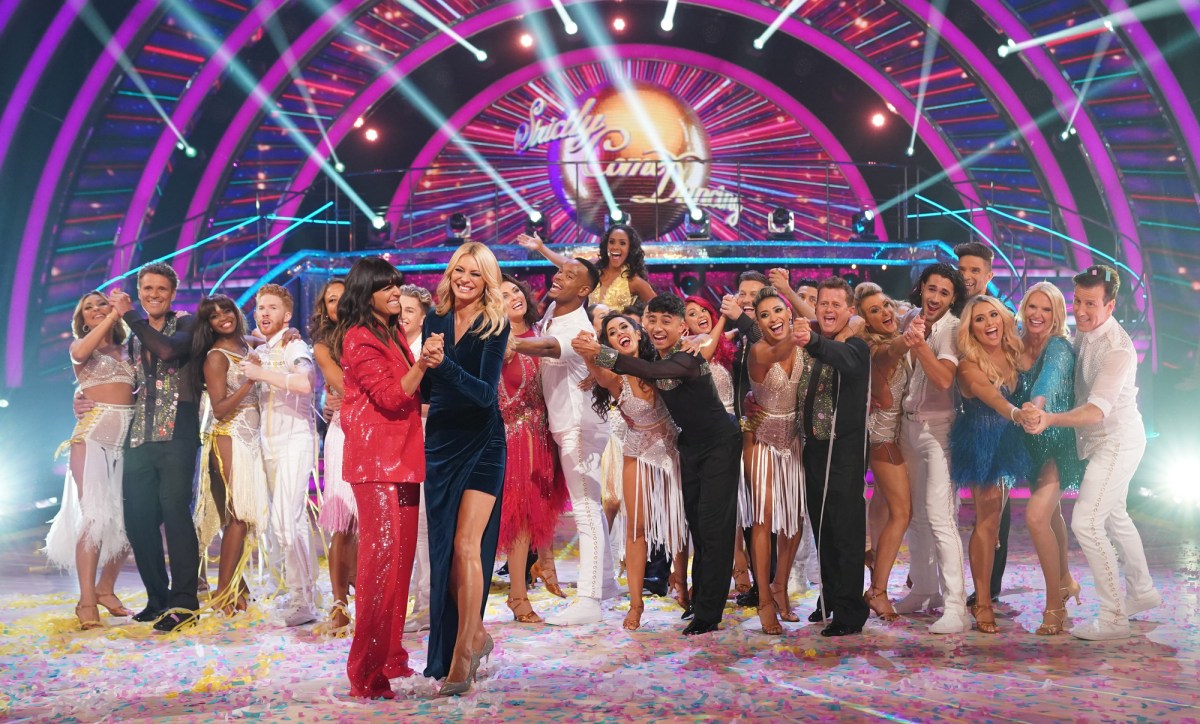 When an event draws the United Kingdom’s nations together, the BBC is the service everyone turns to.

In 2022, the British Broadcasting Corporation celebrates its 100th anniversary as the oldest national broadcaster in the world. Operating across multimedia — TV, radio, digital — and under Royal Charter, it’s one of the U.K.’s great institutions. In British culture, it’s up there with red buses and the royal family.

It’s no surprise that the sudden illness and death of Elizabeth II this week has dramatically affected TV in the U.K. The death of a monarch is a carefully choreographed process. Continuity of the crown is vital for the functioning of Britain’s parliamentary system and managing public grief. While the succession process is minutely planned, all bets are off on TV scheduling. The intervals between the various announcements are filled with frantic pundit speculation and spot interviews with citizens reacting to the news. It’s a significant event that causes major channels to clear their schedule, particularly the BBC, which means no program is safe from being pulled from the schedule.

From the moment the announcement was made that the Queen was under medical supervision, the BBC immediately cleared its schedule until 18.00 BST in the evening. News of Elizabeth II’s death and the accession of King Charles III broke at 18.30. The BBC schedules will this be under constant revision during the upcoming period of national mourning that will extend through the monarch’s state funeral.

As proved by the death of the Duke of Edinburgh in 2021, the TV scheduling is a balancing act. With each programming decision, the BBC risks being cast as disrespectful or excessively respectful. When it comes to the end of the reign of Britain’s longest-serving monarch, there’s going to be some large shifts to programs and viewing schedules.

Here are the six shows we know have been affected so far.

There’s some confusion about BBC protocol during a period of national mourning. Some have questioned a leaked internal memo from some years ago that suggested the Corporation would cancel all comedy launches for the duration. That doesn’t seem to be a hard and fast rule, but it’s definitely affected BBC iPlayer — the BBC’s online and on-demand service. The season finale of Drag Race Canada season three failed to appear on the morning of September 9, and no new release date has been announced.

Have I Got News for You

The Friday episode of BBC One’s flagship satirical panel show Have I Got News For You was dropped. Just a week before, the long-running show had broadcast an uncompromising and tongue-in-cheek farewell show to outgoing Prime Minister Boris Johnson. However, next week’s topical episode is scheduled as usual.

The high-profile celebrity cooking competition was pulled on the evening of the Queen’s death, with no new broadcast date set. In unfortunate timing, the semi-final episode due to broadcast on September 8 would have featured celebrations for the Queen’s Diamond Jubilee.

Season Four of RuPaul’s Drag Race UK was scheduled to premiere on September 2, but that’s also been postponed. While there’s been no confirmation of a new launch date, that means both no promotion or broadcast will happen on BBC networks during the mourning period.

Strictly Come Dancing, the BBC’s flagship celebrity contest and a jewel of its autumn schedule, was due to start its 20th season on September 17. As this is two days before the Queen’s state funeral, the launch show has been postponed, with no new date announced as yet.

The Last Night of the Proms

The culmination of the 2022 Proms Season, a staple of the Royal Albert Hall — of which Queen Elizabeth II was a patron — has been canceled. As the reality of events on September 8 became clear, the Proms was prematurely ended that same day. A key event in the British cultural calendar, the rousing renditions of British classics and particularly the British National Anthem will be greatly missed.

On September 9, the BBC’s flagship station BBC One canceled all programming to broadcast news updates and programming specially prepared to mark the passing of Queen Elizabeth.

Many BBC One programs were moved on to BBC Two, including regular daytime shows Coast, Homes under the Hammer, Bargain Hunt, and long-running soap Doctors, which continued into the evening, when the BBC’s flagship soap opera Eastenders also aired on BBC Two.

The BBC’s flagship magazine The One Show was completely shelved. BBC Three and BBC Four displayed holding cards on the night of the Queen’s death, although schedules had returned to relative normality the following day as the BBC kept event-specific content to its main channel.

It’s very possible that further shows will be affected. You can guarantee that BBC schedulers are scanning every program for content that references the late Queen. Premieres of new shows in the autumn season may well be affected. If you’re looking forward to a particular program this September, make sure you keep an eye out for last-minute schedule changes.