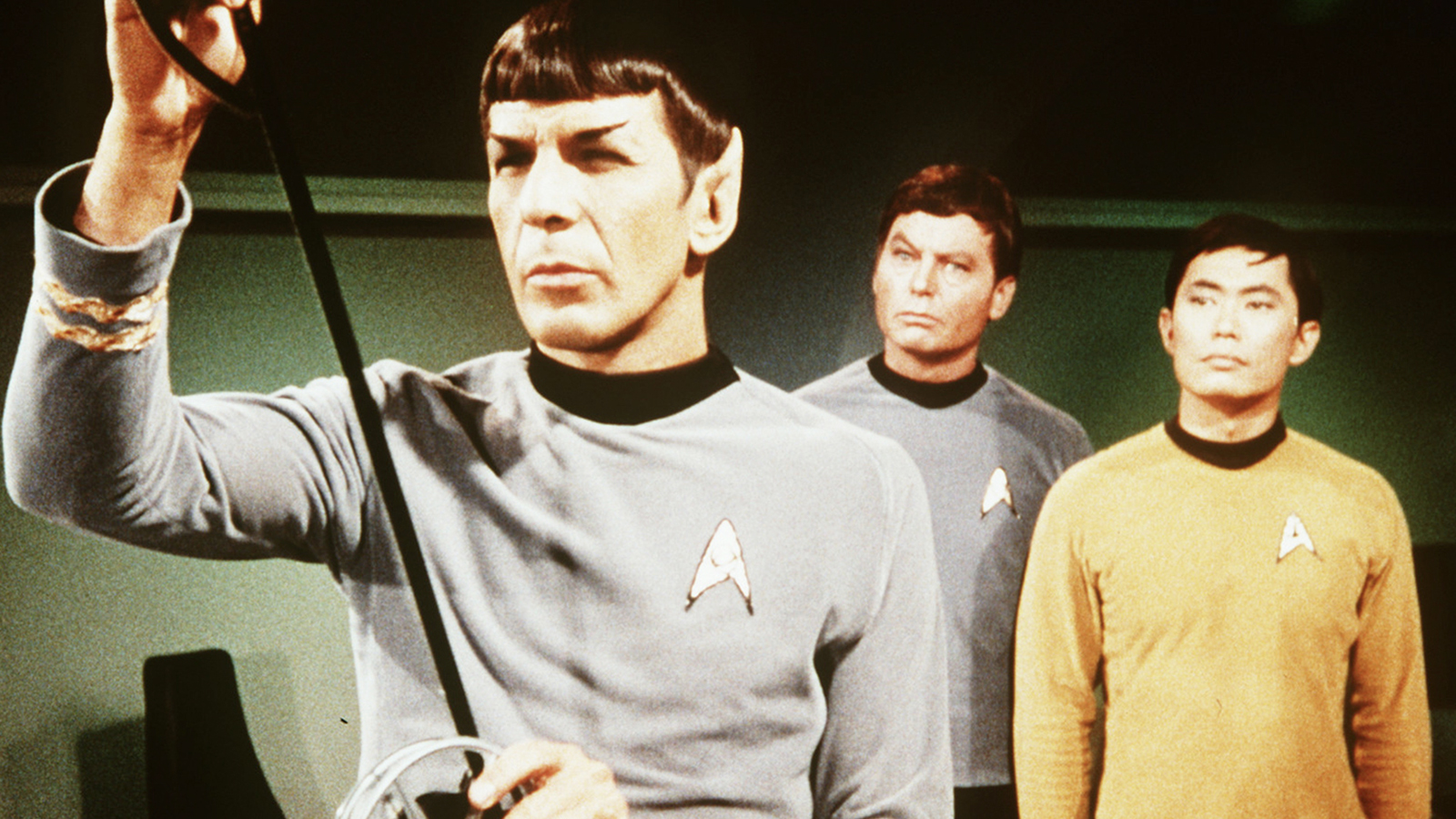 In a classic 1967 episode of Star Trek: The Original Series titled “The Doomsday Machine,” Captain Kirk and the crew of the Starship Enterprise run across the titular device, a gigantic autonomous ship that mindlessly consumes star systems for fuel. In the end, Kirk single-handedly disables the Machine, and the origin of the device, who built it, and for what purpose, remained an unsolved mystery.

Until today. A Star Trek fan on Reddit, going by the name “charlesyo66,” posted a theory to the “Fan Theories”  subreddit that not only explains everything, but solves some fundamental mysteries about Star Trek: The Next Generation’s biggest bad guys, The Borg.

He begins by explaining that he’s had this theory for a while, but for some reason he’s been holding out on us until finally gifting us with an explanation today:

“Have had this one in my headcanon for a while now.

The Doomsday Machine (ST:TOS) came from very deep space in our galaxy, and clearly was created to fight something extremely powerful, but we’ve never run across anything that would make sense…until the Borg.

But hold on to that animated GIF of Winona Ryder surrounded by mathematical equations, because we are about to go down the rabbit hole. Charlesyo66 is about to rewrite a classic Next Generation episode where Captain Jean-Luc Picard gets assimilated by the Borg. And when we say “rewrite,” perhaps we mean, “dramatically improve.”

“If I was rewriting ‘Best of Both Worlds’ it would be to have a reactive Doomsday Machine, set loose by the Federation scientists who have been studying it since TOS, and have the shock that would run through the Borg cube at seeing their old enemy as an opening for Riker and the Enterprise to get Picard back. Can you imagine the collective heads bursting across the TV universe when the start of “Best of Both Worlds pt 2” has the Borg cube hovering over Earth with the wreckage of all the Federation ships and the late-arriving enterprise – to reveal the revived Doomsday Machine hidden behind the moon – and starting to the fire the planet-destroying blasts into the cube? Genuine chills. (And that sound effect from TOS on the DM’s blasts is one of my personal favorites BTW)

Apologies if anyone has ever posted this before (or if ST’s official canon has in-universe explanation that contradicts this).”

Don’t be scared by that noise, it’s just the sound of heads exploding all around the world. Naturally, for every person who dares to soar, there will be a loud critic who doubts he even has wings. This comes in the form of redditor “TheRealSteve72,” who believes a Star Trek: The Next Generation original novel already touched on this story.

“I think there is a novel that talks about this idea.

Edit: Here. It has been a looooong time since I read it, though.”

Break out the Price Is Right Failure Horn, because that is wrong! That work of literature is Vendetta, and it’s about a survivor of the Borg attack who creates the Doomsday Machine as an act of revenge. Redditor XR171 dropped some science in response – Borg communications science, that is:

Bam! Hold on to your chair because the room is spinning. IAMADrunkArmadillo added:

“Iirc that’s how they activate the transwarp corridors.”

“That and I think that’s how they’re connected with the collective.

So if you disrupt the right frequencies the ship can’t escape, can’t talk to the collective which means of they adapt they can’t share it, and individual drones probably won’t work as efficiently.”

As all the true greats confess to remaining teachable, even when they are experts in their field, so does original poster charlesyo66 acknowledge a man who is not only his equal, but his better:

“excellent knowledge! You’re remembering details that have, over the passage of time, long since left my head.
i think I need to reschedule a rewatching.”

But of course, like any true master, XR171 is a model of humility:

“I wish, I just rewatched it yesterday.”

Truly like having a seat at the Algonquin Round Table. Finally, user Terravore responds by confirming that this theory isn’t just headcanon… it came close to being ACTUAL CANON!!!

“Dave Blass, production design for ST: Picard, posted on Twitter post about the concept art for S2. It included the idea that the Borg ship was the result of assimilating a Doomsday Machine: the tweet. Not confirmed canon or anything that takes away from your theory, just interesting.”

Speaking of cannons, we feel like we’re fired out of one and we’re ready to live our best lives… by watching all the Star Trek series in chronological order!