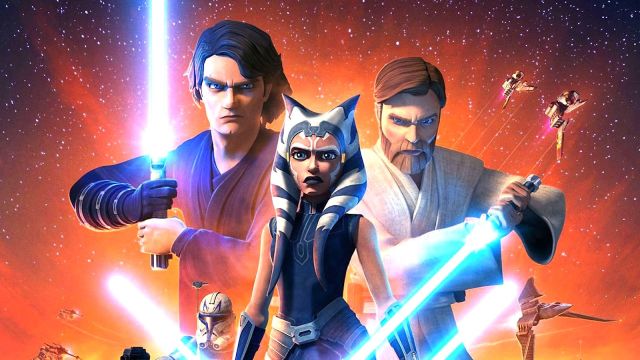 The series itself took place between the events of Star Wars: Attack of the Clones and Star Wars: Revenge of the Sith, but exactly how long was that span of time? After all, a lot happened — from Anakin becoming a full-blown Jedi Knight with an apprentice, to Obi-Wan Kenobi becoming a Jedi Master and landing a seat on the Jedi Council.

As it turns out, the Clone Wars lasted for only three years, even though it felt like an eternity. In total, the wars took place from 22 to 19 BBY (Before the Battle of Yavin), during which the galaxy was embroiled in a seemingly never-ending war. Of course, it wasn’t really never-ending since we know how it all ended (spoiler alert: not well for the Republic), but at the time it definitely felt like it would go on forever.

The Clone Wars were fought by clone troopers of the Grand Army of the Republic against the droid armies of the Separatist Alliance. The war began with the Battle of Geonosis — where we first saw clone troopers in action — and ended with the execution of Order 66, which resulted in the near annihilation of the Jedi Order.

In between those two fateful events were some of the most iconic moments in Star Wars history. We saw great leaders like Mace Windu and Ahsoka Tano take charge on the battlefield, while Anakin Skywalker — who would eventually become Darth Vader — rose through the ranks to become one of the most powerful and evil Jedi ever. We also witnessed Mandalore fall to chaos, watched as Obi-Wan Kenobi faced off against General Grievous, and saw clone troopers fight alongside Wookiees on the jungle planet of Kashyyyk.

The Clone Wars completely changed the galaxy, resulting in billions of deaths. Planets like Onderon, Mandalore, and Kashyyyk were completely torn apart by the chaos and conflict and while the Republic picked itself back up eventually, nothing was ever really the same and the Clone Wars ended up having ever-lasting effects on the galaxy.