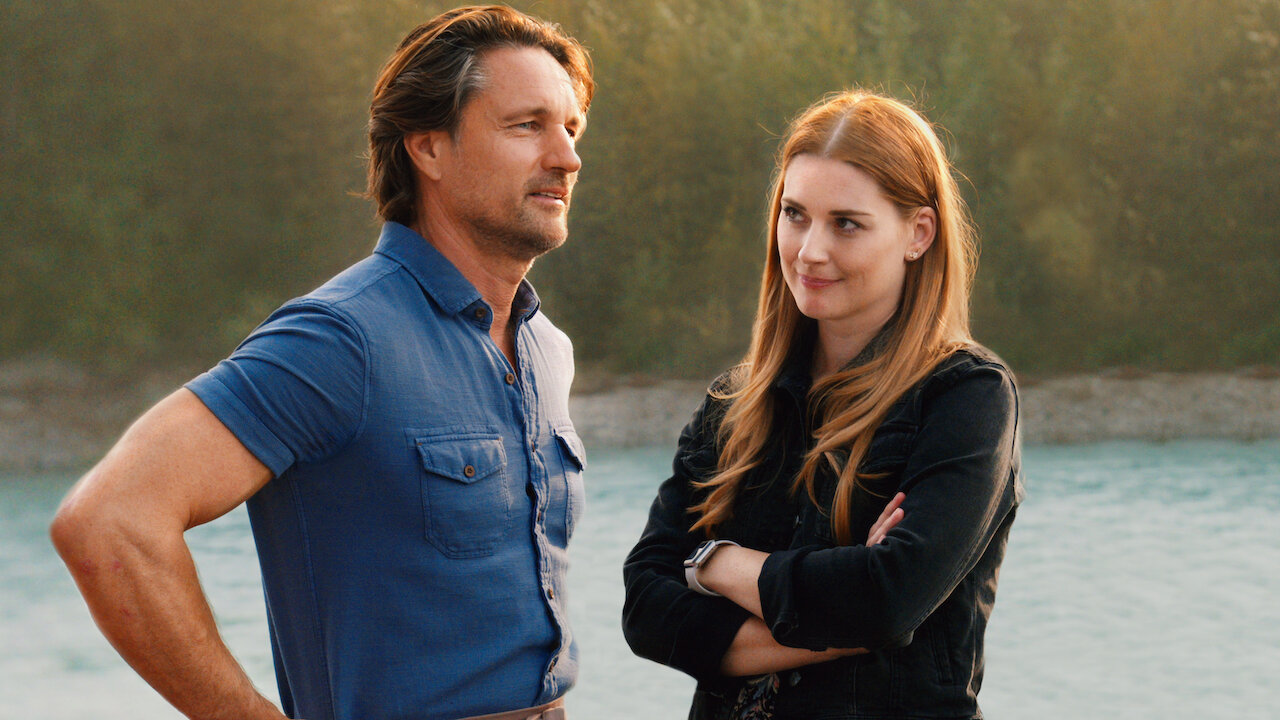 It’s hard not to love an incredibly romantic show like Virgin River. The romantic drama, starring Alexandra Breckenridge in the leading role of Melinda, premiered in 2019 and has run for three seasons. The story focuses on a nurse practitioner who relocates from the bustling city of Los Angeles for a fresh start in a remote small town. Instead of focusing on self-improvement, she finds herself swept away by a handsome fellow named Jack Sheridan.

Their love story wouldn’t be a proper drama, of course, except that he is already involved with another woman. There are many complex layers to this drama, and that’s what makes it so interesting to watch. If you’ve binged all of Virgin River and need something new to watch, here are a few similarly binge-worthy shows.

Sweet Magnolias is a Netflix original series about lifelong friends who do their best to cheer for each other and comfort each other in good times as well as bad. They’re juggling different career paths, family scenarios, and relationship dynamics in a small southern town. JoAnna Garcia Swisher is the lead actress in this thought-provoking drama.

Northern Rescue follows commander John West as he tries to put his life back together after his wife passes away. He’s a hard-working search-and-rescue officer who suddenly finds himself a widower in charge of three kids. He decides to relocate his entire family from Boston to his rural hometown for new beginnings. Even though his kids aren’t exactly jumping for joy to live in Turtle Island Bay, they realize they must stick together to heal from the pain of their shared loss.

Since 2007, Heartland has produced 15 heartfelt seasons. It’s a sprawling family saga that begins to unfold after a tragic accident takes place. Though the family isn’t feeling as close as they once did, the tragedy they face together pulls them closer than ever before. When the main character, Amy Fleming, discovers that she has healing powers with horses, she feels connected to her deceased mother in a way she isn’t quite able to explain to others.

When one of the most beloved, popular, and successful men in Boston decides to jump from the balcony of his office, he leaves behind confused and devastated family members and friends. They must try to piece together hints and clues to uncover why he did what he did. His wife is overcome with guilt because she was involved in an affair leading up to his suicide. To make matters worse, the affair was with one of her husband’s best friends. His kids feel as if they’ve been completely abandoned. Everyone must come together to support each other through emotional times.

Younger is a show about Liza Miller, a woman trying to land a new job at the age of 40. Unfortunately for her, companies have no interest in hiring someone her age. After she is mistaken for a 26-year-old by a tattoo artist, she decides to run with it and lie about her age. She is soon hired, and drama ensues as she struggles to keep her secret. Co-stars Hilary Duff, who rose to fame on the Disney Channel.

Bloodline, beginning in 2015 and running for three seasons, tells the thrilling story of the demons lurking behind the scenes in a contemporary American family. On the surface, they seem to be a normal family with nothing dark or secretive going on. In reality, their muddied past is filled with so many skeletons, there’s no way for them to keep everything under wraps forever. As layers of lies and paranoia build upon each other, the family’s trust for one another fades and alliances weaken.

Dead to Me is an interesting Netflix original show about two vastly different women who become connected through tragedy. One woman accidentally kills a man in a hit-and-run accident while he’s out for a jog. His widow attends grief counseling classes, but her negative outlook on life hinders her on the path to healing. The woman who hit her husband decides to secretly befriend the widow in order to make amends for her deadly wrongdoing.

When Calls the Heart

For seven seasons, When Calls the Heart has been a Hallmark drama to pay attention to. It’s about a young teacher named Elizabeth Thatcher who is enjoying a comfortable, upscale lifestyle when she gets assigned to work at a classroom in Coal Valley. She experiences major culture shock and is unable to relate to her students, making each day feel like a challenge. After an explosion kills more than a dozen miners in town, the widows left behind must enter the workforce in order to earn money. Thatcher creates a friendship with one of the miners’ widows.

One of the biggest reasons Ozark and Virgin River are comparable is the fact that both shows focus on main characters relocating to unfamiliar places. In Ozark, a financial planner moves his wife and two teenage kids to a summer resort community in the Ozarks after a money-laundering scheme goes horribly wrong. When his business partner is killed for skimming off the top, he is left with a substantially large debt to a Mexican drug lord. The only way he can keep his family alive and safe is by moving to the Ozarks and finding a way to launder $8 million in 3 months.

It’s easy to compare Virgin River and Firefly Lane since both shows showcase intense human emotions. In Firefly Lane, two women recount the friendship they have shared across a span of 30 years. They met when they were young girls living on a street called Firefly Lane, and though they experienced plenty of highs and lows over that time, they still have each other‘s back no matter what.