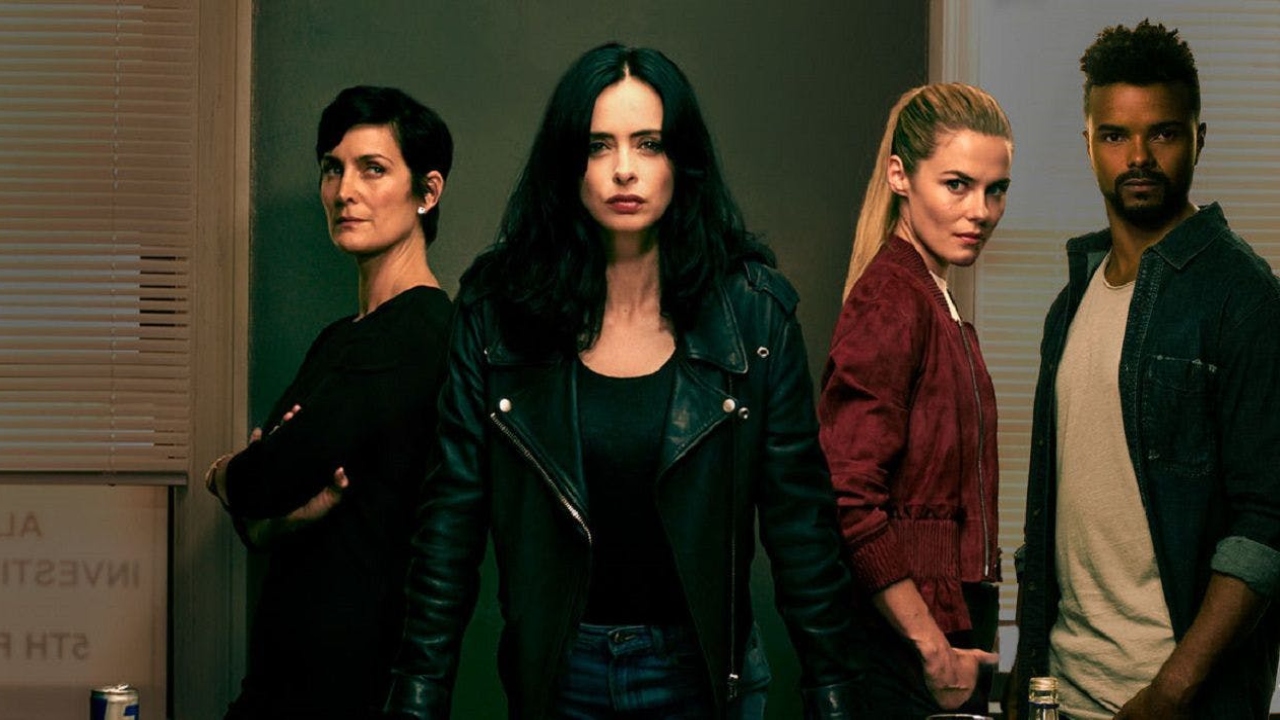 In 2015, Marvel’s Jessica Jones landed on Netflix. It defied all expectations, innovating the MCU by making it more inclusive of darker, sensitive themes. Not only did it mark the dawning of a new era for Marvel, but it gifted its loyal viewers with some of the most fascinating characters to date. A number of characters were excluded from this list due to insignificance or a prolonged absence, leaving the rankings to focus more on central and recurring characters. Here are the best Jessica Jones characters, ranked.

WARNING: This article contains mentions of sexual assault and murder.

Will Simpson (Wil Traval) is a recurring character in Jessica Jones who features prominently through Season 1. This character’s bad qualities are similar to those of Trish, and each of those traits are likely worsened — on both sides — by their romantic involvement.

On top of mistreating Trish on several occasions, Will cares little for Hope Shlottman (Erin Moriarty), who was wrongly imprisoned after murdering her parents under Kilgrave’s command. Rather than allow — or even assist — Jessica in obtaining the evidence needed to release Hope, Will is instead relentlessly selfish and seeks out revenge on Kilgrave, regardless of the cost. Altered by combat-enhancing drugs, Will soon spirals out of control, making for a truly fascinating character arc.

Child-abuser Dorothy Walker (Rebecca De Mornay) barely beats out Will for her position on this list. Dorothy is completely fueled by greed, wealth, and a desire to achieve stardom. She seeks this out through her daughter, Trish, who she manipulates from a young age.

As despicable and unworthy of motherhood as Dorothy is, some of her motivation is eventually explained by Trish. Dorothy’s abusive behavior is part of a cycle, one which started with Trish’s father. This doesn’t absolve her of blame, of course. Dorothy fed off Trish’s fame for years, controlling every aspect of her life. She thankfully redeems herself somewhat in Season 3, by rebuilding her relationship with Trish from scratch.

Appearing in Season 2 as Jessica’s estranged mother, Alisa Jones (Janet McTeer) is a notorious mass-murderer with super-strength obtained via a DNA-altering experiment. A cold-blooded killer, Alisa makes plentiful mistakes through her character arc, but is also shown as a mistreated and still-grieving mother who wants nothing more than to start over with Jessica.

Alisa owes her uncontrollable rage to severe brain damage, an inescapable consequence of the car accident that orphaned Jessica. Far too often, Alisa’s actions are purely dictated by wild emotions that cannot be controlled. Alisa’s love for Jessica eventually allows her to regain some control of her sanity, however, encouraging her to rethink her decisions.

Hope Shlottman (Erin Moriarty) appears as a minor character, albeit one who shapes the entire central conflict of the first season. It is Hope’s dilemma that encourages Jessica to resume heroism, after she discovers that the young woman has undergone the same vicisous mistreatment Jessica did years prior. Hope endures the loss of her parents and false imprisonment during her arc, before ultimately succumbing to Kilgrave’s sadistic ultimatum.

The main reason Hope ranks so low on this list is because she feels insignificant in the grand scheme of Jessica Jones, especially as Season 2 and Season 3 move on seamlessly without her. Morairty’s acting and Hope’s significance in driving the plot make her an excellent character overall, despite her generally forgettable presence.

Out of all the main characters in Jessica Jones, Trish Walker (Rachael Taylor) has the most substantial character growth — but not in a good way. In Season 1, Trish is exceedingly likable. She cares deeply for Jessica, rises from the ashes of childhood abuse to inspire others, and is a consistently strong presence in the show. She can be bossy and overbearing at times, but is generally tolerable. By the time the series wraps up, however, audiences are forced to watch as Trish becomes the villain.

Trish’s downfall begins in Season 2, as she desperately works to impress her no-nonsense mother and strives to make a difference. This leads Trish to volunteer for the same hazardous experiment that gave Alisa Jones — and presumably Jessica — superhuman strength. This decision results in massive consequences, and forever altered how fans see Trish.

Jeri Hogarth (Carrie-Anne Moss), or “the Prada-wearing python” as Jessica describes her, is New York’s most reliable and successful defense lawyer. Another main character with substantial development, Jeri eventually gains a newfound appreciation for life, interpersonal relationships, and for cherishing more than just material wealth and reputation.

Admittedly, Jeri loses some brownie points after cheating on her ex-wife, Wendy (Robin Weigert), and demanding a divorce. She is an acquired taste, but deep down, Jeri suffers from crippling self-loathing and a superiority complex stemming from the need to succeed. She is an endlessly fascinating character to watch.

Malcolm Ducasse (Eka Darville), Jones’ junkie neighbor, always has the best intentions at heart. He struggles with a heroin addiction that is encouraged by an encounter with Kilgrave, but Malcolm remains dependable and kind even when his own life is falling apart. Soon after Jones saves him, Malcolm becomes a recurring presence in Jones’ life. He understands her mentality more than anyone else.

While employed by Jeri Hogarth, Malcolm becomes more ruthless and cold. He begins to take his good fortune for granted and forgets where he came from. His eventual conflict with Jessica not only tarnishes his reputation as an amiable character, but also ruins his appeal for dedicated fans.

Luke Cage (Mike Colter) is introduced as Jessica’s first love interest. He can be described as a gentle giant, especially in his desire to use his powers purely for good. Throughout all of Jessica Jones’ run, Cage never harms another person without proper cause.

The son of a preacher, Luke is religiously strict and maintains strong morals. The only exception to this occurs when he is manipulated by Killgrave. Luke is the stereotypical “good guy” in many ways, working to defend the weak and perpetually standing up for what he believes.

It may seem baffling to place Kilgrave (David Tenannt) above characters like Trish and Malcolm, but — despite his utterly despicable nature — Kilgrave is a thoroughly captivating character. His charisma and sense of humor draws fans in, despite his criminal nature. It can be hard to hate Kilgrave, especially with how masterfully David Tennant portrays him.

Kilgrave’s trauma makes his emotions understandable to some extent, but certainly isn’t enough to excuse his choice to abuse his powers. Kilgrave is diabolically evil, without a shadow of a doubt. He does present some humanity in his attraction and fascination with Jessica, but that can never justify his actions.

Despite her flaws, Jessica Jones (Krysten Ritter) ranks above all others in this series. For the most part, Jessica comes across as distant and aloof, which often makes her appear rude, brash, and assertive. Jessica’s bitter, callous personality is the result of trauma, however, and works well in establishing her as a wonderfully rich character.

Despite her own opinions of herself, Jessica is an admirable superhero because of her steadfast resolve and generosity. It may be buried underneath several layers of bitterness and leather, but it’s there. She redefines what a hero can be, and remains utterly entertaining through it all.