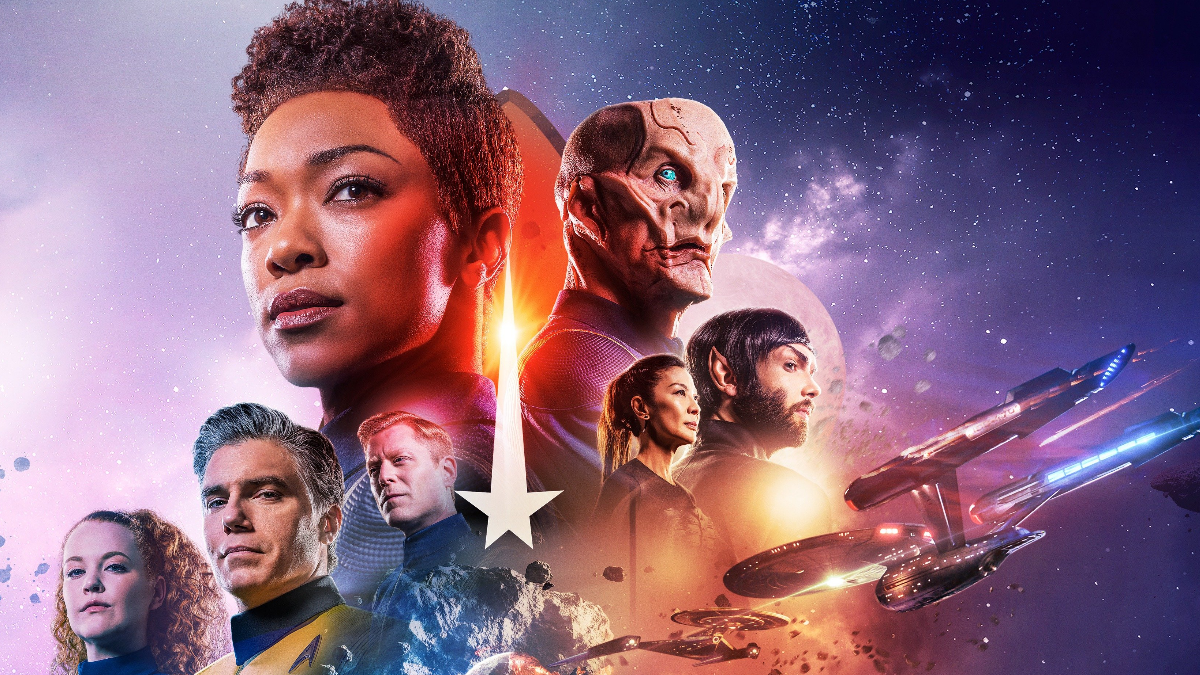 After Star Trek: Enterprise concluded in 2005, the franchise seemed destined to remain off the air for a long time. In 2017, however, Star Trek: Discovery had its first season, and in the years since, Star Trek has rarely been off the air in some form or another, with Picard and Strange New Worlds joining Discovery in the line-up. These shows tend to be more continuity-heavy and feature many more callbacks than previous Trek shows, with Discovery and Strange New Worlds both acting in part as prequels to the original Star Trek. Here are ten of the most important Original Series episodes to watch to get to grips with modern Star Trek.

Though “The Naked Time” isn’t directly referred to in the new wave of Star Trek shows, it does tell us a lot about Spock and his unending struggle to balance his human side with his Vulcan side. This inner battle forms the basis of Spock’s arc in Discovery’s second season, and is elaborated on greatly. The episode also features the character of Christine Chapel, who returns as a full crew member in Strange New Worlds, and introduces the one-sided love between her and Spock, which Strange New Worlds seems set to develop further. It’s also worth noting that The Next Generation produced a direct sequel to this episode in its first season, titled “The Naked Now.”

The first season finale of Star Trek sees the Enterprise visiting a doomed colony, where Kirk receives terrible news about his brother Sam, and must take care of his nephew Peter. Though Sam appears only for a brief moment as a corpse in this episode (played by William Shatner with a fake mustache), it nonetheless acts as crucial viewing for anyone who wants to watch Strange New Worlds, as Sam returns in that series as a recurring character.

Conman Harry Mudd features in two episodes of The Original Series, but “I, Mudd” is by far the superior of the two. A comedy episode in which the crew are trapped with a group of androids, the episode is a great showcase for Mudd, who returns as a rather darker character in Discovery’s first season. Mudd shows us that not everybody in the galaxy subscribes to Federation ideals, a plot point that is elaborated on often in modern Star Trek.

“Amok Time” not only gives us a wealth of backstory on Vulcan society, but also introduces the character of Spock’s fiancé T’Pring, who returns as a major cast member in Strange New Worlds. With “Amok Time” directly referenced several times in the new series, and the relationship between Spock and T’Pring set to build towards the events seen in this episode, it remains key viewing to understand new Star Trek. “Amok Time” also features more of Nurse Christine Chapel, and her complicated relationship with Spock.

6. City on the Edge of Forever

Often cited as the best episode of the original Star Trek, “City on the Edge of Forever” tells a story of high-stakes time travel which culminates in a tragic romance for Kirk and the memorable guest character of the week (portrayed by Joan Collins). The Guardian of Forever, the strange sentient time portal from this episode, returns as a major plot point in the third season of Discovery. Additionally, the episode is revisited in The Animated Series’ “Yesteryear.”

This episode introduces us to Spock’s parents, Sarek and Amanda, both of whom return in Discovery. We also learn of Spock’s strained relationship with his father. With these plot elements playing such a major role in Discovery’s second season, and with so much backstory for Spock, anyone who plans on watching the new Star Trek series would be wise to check “Journey to Babel” out. The protagonist of Discovery, Michael Burnham, is the adopted sister of Spock, and much of her own backstory is tied in with Spock’s.

In “Balance of Terror”, the Enterprise finds itself facing the Romulans — a secretive race who haven’t been seen in a century. The crew are locked in a tense, hours-long battle with an invisible and lethal opponent, and Kirk must use all his guile to outwit the Romulan commander. With it being perhaps one of the best episodes of Star Trek, it was inevitable that Strange New Worlds would revisit this plot, and did so in spectacular fashion in its first season finale. The Romulans would go on to return in every subsequent Star Trek series, not least in Star Trek: Picard.

“Arena” tells the story of Kirk’s encounter with an alien race known as the Gorn, whose brutal attack on a civilian settlement leads the Enterprise into a chase that culminates with Kirk and a Gorn captain forced into one-on-one lethal combat. Though they only appear once in the original series, Strange New Worlds makes the Gorn into a recurring antagonist, as well as a crucial component of La’an’s backstory.

Among Star Trek’s most memorable episodes, “Mirror, Mirror” sees Kirk and his friends whisked to a parallel universe, one in which the Federation is a tyrannical empire and the Enterprise and its crew are instruments of death. The mirror universe Kirk visits in this episode not only recurs as a major plot point in Discovery, but also numerous times in Deep Space Nine.The episode is also one of the best for Uhura, who returns as a main cast member in Strange New Worlds. With such a major part of Discovery involving the mirror universe, and even being set in it, “Mirror, Mirror” is the second most important The Original Series episode to watch for anyone interested in the new shows.

“The Menagerie,” Star Trek’s first ever two-part episode, is critical viewing as it sets up the whole second season of Discovery and the entire premise of Strange New Worlds. Here, we’re introduced to Captain Christopher Pike, his close relationship with Spock, and his mission to Talos IV — as well as his tragic fate. Strange New Worlds, being a series about Pike’s command of the Enterprise, is essentially a sequel series to the events seen in the flashbacks in this episode, making it the single most important one to watch in preparation.