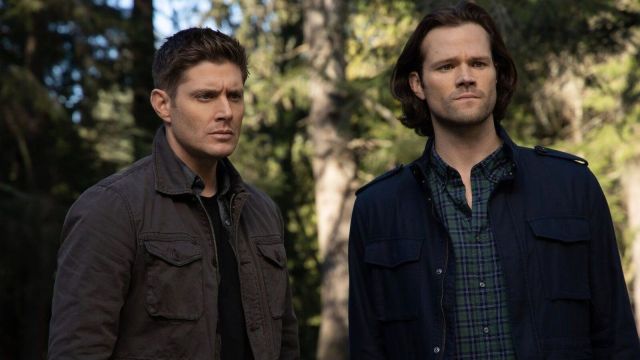 Supernatural is one of the biggest paranormal TV series in recent history, having finished its run in 2020 after 15 seasons of non-stop horror. Most say it went on for way too long. For others, it was not even close to enough.

Most of the show’s scariest episodes are from earlier seasons when Supernatural was in the habit of featuring some type of monster every week. Granted, a lot of those ended up being ghosts, but the series has a much wider variety of spooky entities, from vampires, djinn, demons, werewolves, and witches, to cursed objects, and even Satan himself. Truth be told, despite the variety, Supernatural excels at the classic haunting trope.

If you’re in the mood to get spooked and would like to re-watch some of the most daunting stories in this show, you’ve come to the right place. Here, in no particular order, we present the 10 spookiest episodes of Supernatural, perfect to get you into the Halloween spirit.

Ah, the old children’s game. We’ve all played it at some point, right? And nothing really happened. Unfortunately, the teenage girls playing in this episode are not so lucky. When they repeat the words “Bloody Mary” three times in front of a mirror, the vengeful spirit of Mary Worthington appears on all reflective surfaces, drawn in by the guilt of whoever summons her. The spirit targets all who feel responsible for someone else’s demise and spares no one from her sentence—death.

This episode is one of Supernatural’s most classical horror takes, where an urban legend is brought to life in such a disturbing way. Blood running down eyes, spooky reflections everywhere, and an eerie atmosphere set the mood throughout the entire episode, making it one of the scariest of the series. “Bloody Mary” is guaranteed to make you hesitate before looking in the mirror for a day or two.

“Pilot” (season one, episode one)

The one that started it all couldn’t be left off this list. Supernatural’s pilot episode sets the tone for the show’s first seasons, presenting the audience with a world where all their nightmares can come true.

In this episode, we’re introduced to the Winchesters, an apparently normal family who is soon stricken by grief when mysterious paranormal forces come into play. As if blood dripping into a baby’s crib wasn’t disturbing enough, finding out that blood is coming from the mother, who is stuck to the ceiling with a slashed stomach, will surely make anyone recoil. Don’t get us started on the imagery of being consumed by demonic flames. The hooking point of the show, though, happens at the very end when an adult Sam comes home to witness his girlfriend die in the exact same way his mother did, leading the audience to realize that none of this is a coincidence.

Asylums are without a doubt some of the scariest places one can find themselves in. Add to that a paranormal component, and you’ve got yourself a killer episode (pun completely intended). If you think the ghostly residents of the asylum are the scariest entities to be found there, you’re sorely mistaken. This episode’s big bad is actually the mad Dr. Ellicott, a psychiatrist who used his criminally insane patients for cruel experiments. It caused the deceased to still be afraid of him, even in the afterlife.

These will be some of the most tension-filled 45 minutes of your life as “Asylum” does a particularly good job of turning an overdone trope into a compelling narrative. The icing on the cake is the time dedicated to expanding the Winchester brothers’ relationship, as Sam turns on Dean due to Dr. Ellicott’s influence. Possession can’t be blamed for everything though, and dark emotions end up bubbling to the surface.

Few things are scarier than porcelain, seemingly inoffensive, creepy dolls; many horror stories have them as protagonists for a reason. Although you never see them move an inch, somehow their eyes seem to follow you, and they turn up at every corner. Their serene smiles give nothing away, and you’re left feeling ridiculous for ever thinking an inanimate object could harm you. That’s how they get you.

In this episode, the brothers visit an inn to investigate two deaths that have recently taken place there. While suspicion of voodoo is their immediate thought, the case ends up being more complex than predicted when a little girl’s imaginary friend proves to be a childish spirit instead. The ghost has infected the dolls residing in the inn, and what happens to them, happens to humans, for better or for worse. “Playthings” will have you looking over your shoulder in your own home, and maybe get rid of any childhood dolls you’ve kept until now.

A murder victim found in a room locked from the inside? A rather typical conundrum in a crime-solving series. Usually, the investigators discover this involved an elaborate plan from the culprit, but not in Supernatural. “Family Remains” is one of the show’s most harrowing episodes, not for its paranormal entities, but for the lack of it.

Initially, Sam and Dean assume that a ghost is responsible for all the deaths happening inside this family home. They try everything in their arsenal to protect themselves against it, but to no avail. The highlight of the episode is when a shocking realization is made, and the brothers understand they’re dealing with human children who inhabit the walls of the house, feeding on rats and wreaking havoc. The worst part? These children have lived like this for years after a life of neglect and torture.

Sometimes, not even the most seemingly pleasant families are safe. In “American Nightmare,” Sam and Dean investigate recent deaths, caused by severe injuries from an invisible whip. While this might seem like the work of a witch at first glance, the brothers soon uncover the much more disturbing truth. A highly religious family has been keeping their psychic daughter isolated in a basement, forcing her to whip herself to atone for her sins. Despite only wishing for help, this girl is responsible for the deaths in town, and when the family’s secret is exposed, some members take drastic measures to get out of the situation.

Who would have guessed that cursed objects could cause so much damage? The Winchesters, probably. This episode features an antique family portrait from 1910, which has been provoking the death of everyone who owns it. Those who look closely enough can also notice that the portrait’s details change once in a while, hinting at its haunted nature. The spookiest part, however, is the reveal of the spirit haunting the painting: an innocent-looking little girl. Be careful because her string of murders didn’t just start in the afterlife, no matter what you’re led to believe.

Never trust a clown, especially one that stares at you menacingly and attempts to get into your house. In this classical horror trope, the Winchesters go toe-to-toe with many children’s worst nightmare, a killer clown. To complicate matters, children are not the most vulnerable here, since the clown is actually preying on their parents, and Sam happens to be awfully (and hilariously) afraid of these colorful characters.

“Everybody Loves a Clown” is an episode full of jumpscares, staying relatively close to other shows and movies of the same kind. Despite its mostly spooky tone, watching the brothers navigate the somewhat ridiculous circumstances makes for a very good time. After all, not everything has to be serious to be terrifying.

Picture a suburban neighborhood, with upper-class folk living their best lives peacefully. Now, imagine that peace disturbed by a string of sudden, inexplicable deaths, bringing a dark cloud over the whole community. That’s the basic premise of this episode, but death isn’t the only thing tormenting the neighborhood. Children are starting to behave oddly, staring unnervingly at the adults, almost as if they know something others don’t. If this doesn’t seem scary enough, imagine how you would feel sharing your home with a child you no longer recognize, and whose appearance just doesn’t look right in the mirror.

As it turns out, the kids in the neighborhood aren’t kids at all. They have been replaced with changelings—terrifying creatures who kidnap children in order to take their places, feeding on their mothers’ blood until they give out. “The Kids Are Alright” touches on a very particular brand of fear, the one you experience when you can’t trust someone you once held dear, making it one of the spookiest Supernatural episodes ever.

Serial killers are frightening by themselves, but has anyone ever pondered over what happens after they die? Supernatural answers this question in one of its goriest episodes, “No Exit,” where the ghost of America’s first serial killer is determined to continue his reign of terror. Once every decade, H.H. Holmes captures and murders a young, blonde girl for his sadistic pleasure. To stop him, someone has to be the bait. Enter Jo, an inexperienced hunter desperate to prove herself to her mom and the Winchesters, and who just so happens to fit the killer’s criteria.

Overall, the episode has an incredibly eerie vibe with many elements of a typical haunting case. The twist of a serial killer on the loose adds a nice touch, making for a hair-raising mix of the paranormal with the simple, darkest part of humankind.

If you love Supernatural, you might also like to check out its recently released prequel, The Winchesters. New episodes air every Wednesday on The CW.