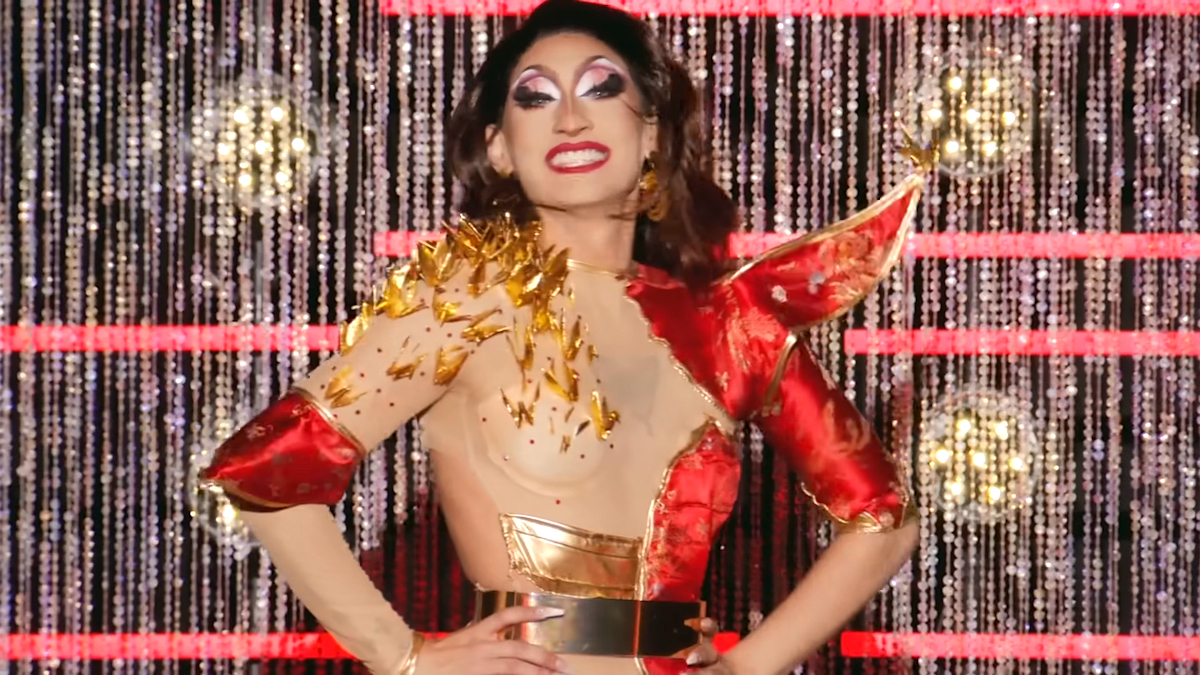 Since the dawn of time — or at least 2016 — drag queens have been able to showcase to the world their charisma, uniqueness, nerve, and talent through RuPaul’s Drag Race‘s variety talent shows.

Typically, the talent shows kick off every new season of All Stars, and are, as the name implies: a place where queens take the stage, shake what their mama gave them, and impress the judges (and the world) with a specific talent. Season 15 of RuPaul’s Drag Race became the first regular season to introduce the extravaganza outside of All Stars, and opened the door for a host of new queens to go down in the Drag Race Hall of Fame; some for good, some for bad.

From signing and dancing to sewing and taekwondo, the variety of performances (no pun intended) has lent itself to a docket of gag-worthy moments over the years. With a total of six seasons under its belt — from All Stars 2 to RuPaul’s Drag Race season 15 — there are a lot of talent shows to peruse through, but if you’re looking for the cream of the crop, here are nine you must see.

Ra’Jah O’Hara’s talent show performance may appear minor on the surface, but let’s not forget she made an entire dress (and a cute one, at that) in exactly one minute flat. Sure, she’s always been known for making her own outfits, but to make one in just one minute? We’re still not over it. Hers is an act that has yet to be replicated and likely never will. For that reason and that reason alone, she must make the list.

The purpose of a variety talent show is to not only show us something unique to yourself, but also something the audience has hopefully never seen before. Fortunately, Gia Gunn’s Kabuki performance did just that. Perfectly blending drag with cultural significance, Gia Gunn captivated the judges and her fellow queens with a show-stopping number that has yet to be seen again on the Drag Race stage. She may be known for stirring the pot, but here, she just plucked our heartstrings.

There’s nothing like a good call-back to an earlier season to scratch an itch. India Ferrah’s talent show performance may not be considered the best in Drag Race herstory, nor is she particularly a fan-favorite queen, but the fact that she returned for All Stars 5 from obscurity to shade the moment that made her famous is iconic. To recap, in season 3, she was picked up and tossed over the shoulder by Mimi Imfurst in the middle of a lip sync battle, which elicited the now-iconic line from RuPaul, “drag is not a contact sport.”

To turn that into a song? Genius.

There are not many performances that keep audiences cheering and clapping the whole way through, but Roxxxy Andrews’ burlesque performance did just that. Blending classic burlesque with over-the-top drag, she spiced up her performance far more than she ever did with “Read U Wrote U” in her group song with Katya, Alaska, and Detox (all tea, no shade — well, some shade.) At the end of the day, she delivered a one-woman show and one of the best burlesque performances Drag Race has ever had.

Monét X Change is no stranger to singing and dancing, but opera? You have to keep the kids entertained somehow! Putting her musical degree to good use, Monét took to the main stage on the all-winners season of All Stars 7 and completely wowed the judges and audiences with an impeccably sung opera performance, doing so in her natural baritone vocal range, which made it all the better and added a bit of humor. Who doesn’t like seeing a glammed up drag queen singing in the one of the lowest possible vocal registers? Classic!

To go from an unknown queen to a Drag Race star in a matter of seconds is nothing to scoff at. Anetra walked on the main stage as a newcomer in a cast of 16 queens on the premiere episode of season 15 and did something we’ve never seen before: she strut her stuff and showed off her taekwondo skills. Oh, and let’s not forget her soon-to-be iconic line, “you betta walk that f***king duck!” If RuPaul starts joining in on the phrase — as she did — you know you’ve made it.

You’d think a comedy queen like BenDeLaCreme would shy away from dance(ish) performances, but no. The Seattle-based queen is associated with some of the best lip syncs in Drag Race herstory and also one of the best talent show performances. From start to finish, her burlesque number gave us every bit of camp, comedy, and drag we could ask for, and many more tassels besides. Next to Aja, she was by far the standout in that season’s performances.

You’d be hard-pressed to find a Drag Race fan who doesn’t know the famous line: “Is she gonna jump?”

Aja’s “Level Your P***y Up” number not only turned her into a legendary meme, but also solidified her as the beholder of one of the best voguers to ever perform on Drag Race. Feeling in a rut? Need a pick-me-up? Just watch Aja almost break her neck jumping off a platform into a death drop. That’ll lift your spirits.

Who would’ve thought a spoken word about genitalia would go down in Drag Race herstory as the best talent show to ever cross the main stage?

When Tatiana stepped out on the stage in her pussycat wig, thigh-high black boots, and black leather overcoat, no one knew they were about to witness pure perfection. Written and spoken with lyrical musicality, with “The Same Parts,” Tatianna proved exactly why she deserved to come back and compete for the crown.