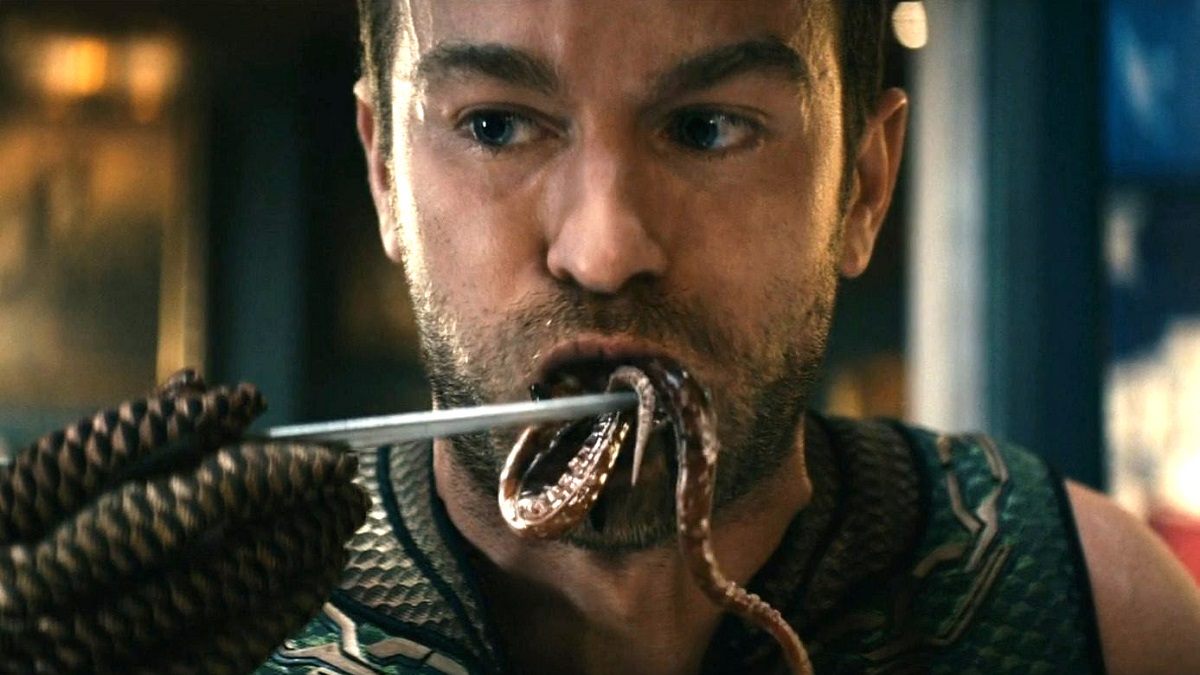 The Boys won an award from PETA for a scene where a character gruesomely eats his octopus friend.

No, this is not satire. PETA, which stands for People for the Ethical Treatment of Animals, honored the Prime Video series with its “Tech, Not Terror” award for “using cutting-edge, cruelty-free computer-generated imagery to depict a stunningly realistic octopus and for sending the message that eating animals is grotesque and cruel.”

In the award-winning scene, which occurs in the third episode of season 3, The Deep rejoins The Seven on the condition that he eats his broctopus Timothy to prove his allegiance to the group. He does it extremely reluctantly, and with stomach-churning displeasure.

“The Boys‘ real heroes are working behind the scenes, creating a realistic CGI octopus so that animals can live in peace,” PETA Senior Vice President Lisa Lange said in the press release. “PETA is celebrating this series for helping viewers see every octopus as an individual like Timothy, not as an entrée or as entertainment.”

Octopuses have been in the spotlight recently, with My Octopus Teacher cleaning up at the Oscars and cleansing the palates of octopusivores who were struck by the human-like intelligence exhibited by their formerly favorite food. Cephalopod-sympathetic media such as that documentary and The Boys may help reduce the “billons of invertebrates [that] are killed for food each year.”

Octopus rights activism is at work in The Boys, which is airing weekly on Prime Video.