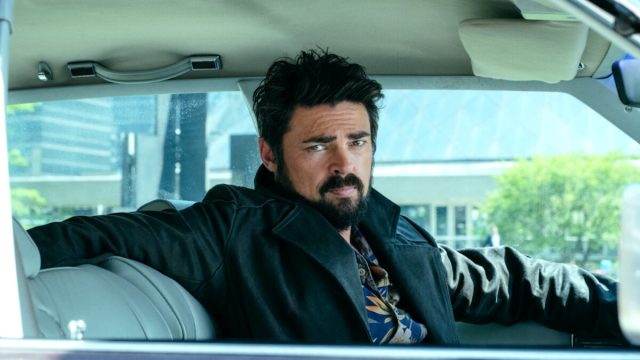 It’s a bit of a fruitless endeavor to determine who’s had the worst hand dealt to them when it comes to the characters of The Boys, in a world as bleak and depraved as Eric Kripke’s critically acclaimed superhero series, it doesn’t seem like anyone is doing too hot.

However, there is an argument to be made for Ryan; the son of Homelander and the adopted son of Butcher. The poor kid not only killed his mother by accident but has perhaps the two most morally unstable characters in the show as his father figures, to say nothing of the fact that they have every intention to try and kill each other down the line. Indeed, Ryan has had it pretty rough thus far.

But CPS can rejoice because the official Twitter account of The Boys has confirmed that Homelander and Butcher have reached an agreement on a co-parenting schedule for Ryan, no doubt an upturn in luck for the otherwise deeply traumatized young man.

Teaming up with an unnamed nanny, Homelander and Butcher have decided to rotate Ryan every weekend, each of them taking on their fair share of extracurricular duties for their son.

The account further hinted that Soldier Boy, Ryan’s grandfather, may step up on a few odd days, but this seems unlikely given the state of his toxin-induced coma.

It’s truly a heartwarming alliance between two archenemies, but some users were left a little uneasy with the phrase “split the nanny,” which could have some graphic connotations in the context of Homelander and Butcher.

The Boys is currently streaming in full on Amazon Prime Video.