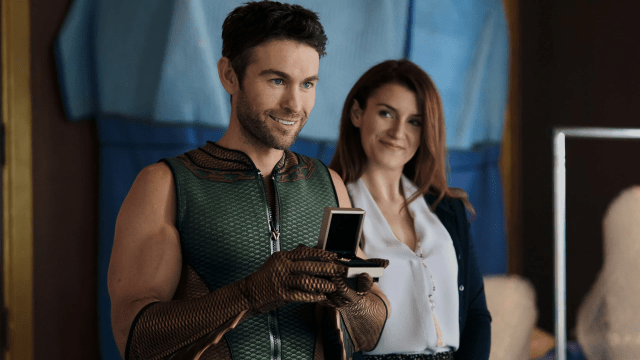 With season four of The Boys having only been confirmed back in June (though, it was an inevitability, really), it’s safe to say that we’re still a Homelander’s hop, skip, and a jump before we get any word on a release date. Nevertheless, The Boys has an excellent track record of making our patience pay off, and with Victoria Neuman looking to be the gang’s most dangerous adversary yet, we have no doubts that they’ll deliver once again.

Still, the questions continue to pound in our head; what’s going to become of Butcher after that Temp V scare? Will the Seven be gunning for Annie’s head? What role might Homelander’s son play in the upcoming season? And most of all, what will Homelander do with the newfound knowledge that his followers don’t get particularly upset when he lasers his detractors to death?

We’re dying to learn all of this and more, and the official The Boys Twitter account wants us to keep the curiosity coming, with the stipulation that any and all answers be provided Black Noir-style.

Indeed, in typical tongue-in-cheek fashion, The Boys‘ Twitter account turned their flippant dials up to 11 and put in actual effort to not provide an answer to any of the world’s burning questions.

One user did the proper grunt work and asked the most difficult and important question on everyone’s minds; for all we know, Jamie might (or might have been) the team’s most powerful ally yet, provided they have/had enough grains to bargain his services with.

It looks like we’ll be staying in the dark for another while, in any case. But with season four of The Boys having begun filming back in August, we could be closer to another update than we may realize. Of course, we’re not expecting our Jamie questions to get any answers, so, really, what’s the point?