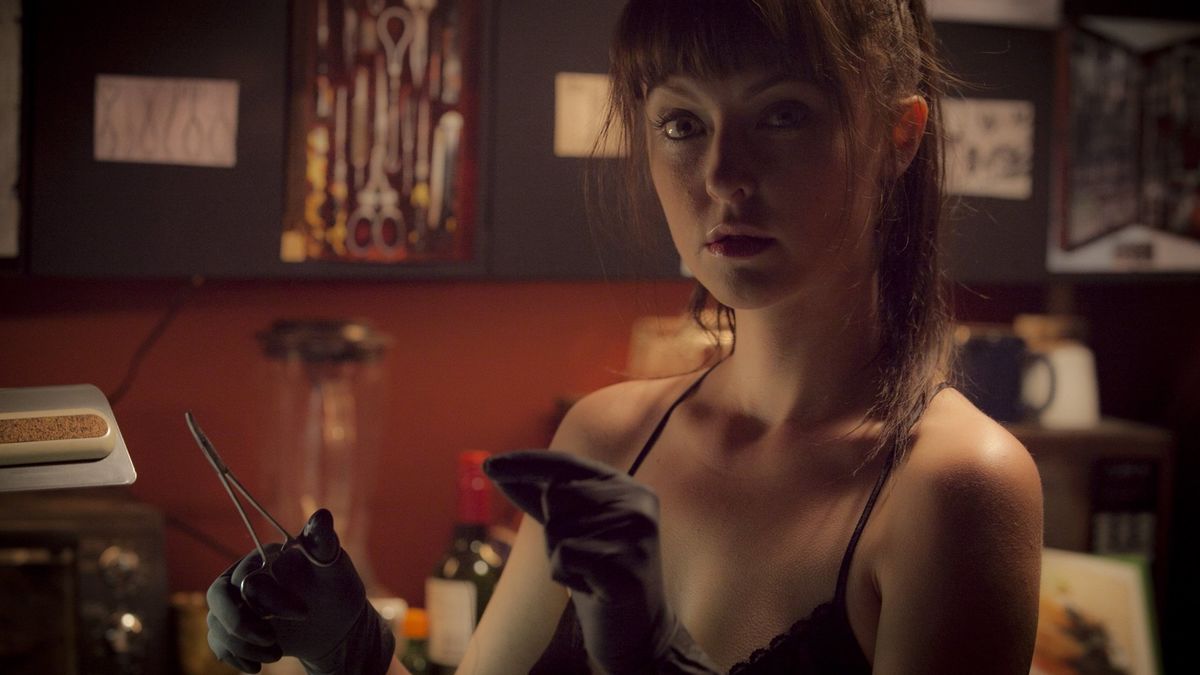 Ah, Canada; the genial younger cousin of the United States, known for its devotion to ice hockey, its consumption of maple syrup, its abundance of moose and beavers, and quite possibly being the body horror capital of the world.

With David Cronenberg having set the tone with quintessential works such as The Fly and Scanners to list but two, his name alone could justify the nation’s distinct relationship with the genre. But, Cronenberg is far from alone; we’d be remiss to not also mention Jen and Sylvia Soska, also known as “The Twisted Twins,” whose work includes the deftly titled Dead Hooker in a Trunk, and American Mary, arguably their claim to fame.

Written and directed by the Vancouver-born duo, American Mary stars Katherine Isabelle as Mary Mason, a surgical student who begins to work at a strip club to ensure that she doesn’t run out of money. After the club’s crooked owner enlists her to perform emergency surgery on one of his cronies, word gets out on her skills, and Mary quickly finds herself performing some heinous body modification surgeries to shore up her funds in lieu of stripping, and her two worlds begin to crash into each other quite violently.

The gorefest would go on to receive a sizable cult following, and it looks like the party may not be over yet, as the Soska twins recently revealed that they’re working on a sequel series to American Mary, in which they’ll seek to flesh out the delectably bleak world we were treated to back in 2012.

The news drummed up a hefty shake of excitement from fans of the original film, who no doubt hope that the series gets picked up by a major streaming outlet that expands the Soska’s audience tenfold.

Should it come to widespread fruition, it will be interesting to see how the series ends up working as a sequel, considering the ending to the original film is largely believed to have been the film’s greatest downfall. On the other hand, it’s entirely possible that the Soska sisters will simply carry the world over to this new series without necessarily doing the same with the film’s major characters. Either way, we eagerly anticipate more news with crossed fingers and weak stomachs.