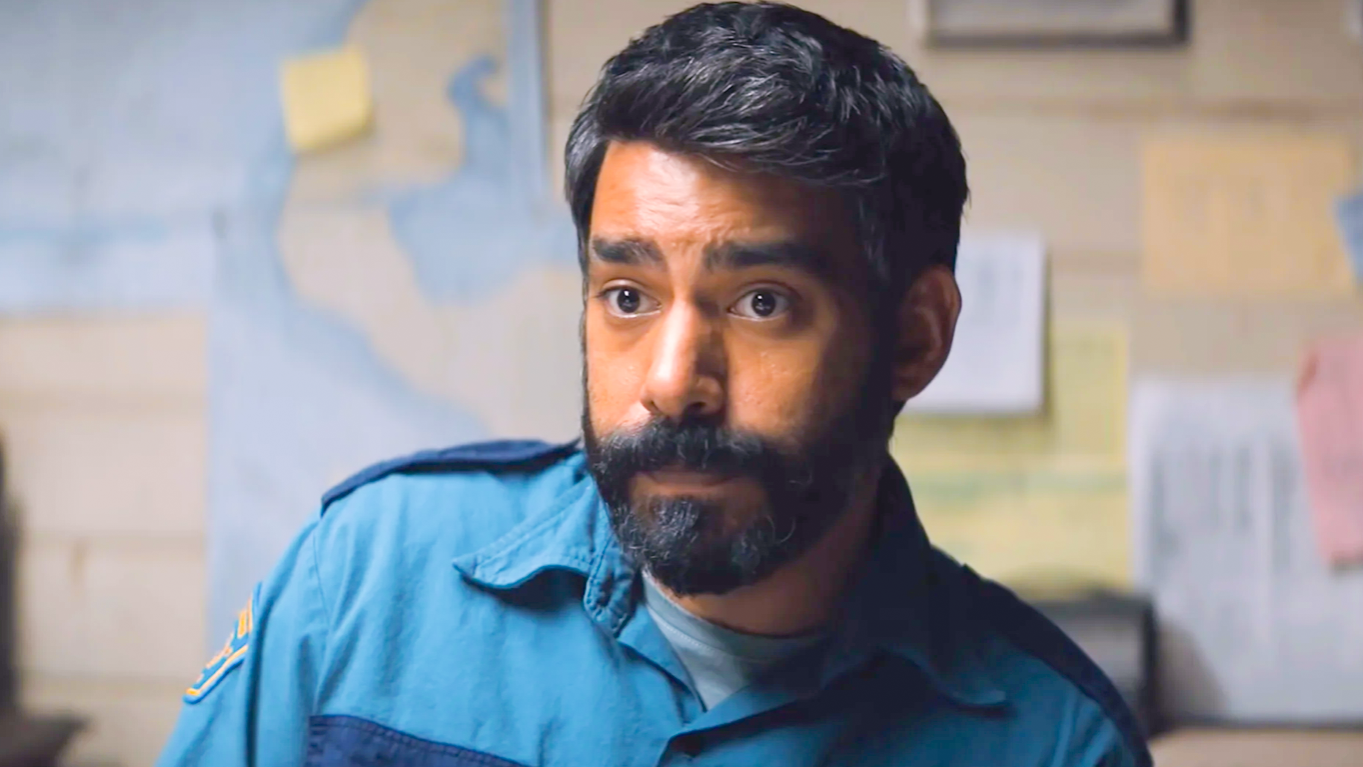 The Fall of the House of Usher star Rahul Kohli is sharing a very fishy behind-the-scenes photo as production closes in on completion for the forthcoming Netflix horror series from the auteur of all things spooky, Mike Flanagan.

“Early wrap gift from [co-star Kate Siegel]…” Kohli captioned the photo, which featured a film set folding chair with Kohli’s name on it that was covered in Goldfish crackers.

We’re not exactly sure what’s going on in this photo, to be honest, but we’re guessing it’s some kind of ongoing inside joke between Kohli and Siegel.

The two actors have co-starred in a number of Flanagan-produced projects over the years, including The Haunting of Bly Manor and last year’s excellent Midnight Mass.

We’re assuming The Fall of the House of Usher, based on the works of Edgar Allen Poe, will be just as chilling as those previous efforts.

Siegel is also Flanagan’s wife and has been collaborating with the director since some of his earliest breakout successes, such as the films Oculus, Hush, and Ouija: Origins of Evil, among others, according to IMDb.

For his part, Flanagan has basically been an unstoppable force in the horror genre, and it’s widely expected House of Usher will continue his red hot streak — especially in the world of streaming — that has basically been unbroken ever since 2017’s Gerald’s Game. Not only was that Netflix original film one of the best Stephen King adaptations the year it came out, but he was also able to helm another King adaptation for a theatrical release just a couple of years after that.

Doctor Sleep, which was released back in 2019 and starred Ewan McGregor, had the unenviable position of following up Stanley Kubrick’s horror masterpiece The Shining with a sequel. Not only did Flanagan pay impressive homage to the Kubrick original, taking many visual cues from the first film, but he also created something wholly original in the process with a plot centering around life-sucking vampire-like creatures.

Since he’s already tackled adapting the works of horror greats like King and Shirley Jackson, we’re excited to see his approach to Poe when The Fall of the House of Usher hits Netflix, for which there is not a set release date at this time. And maybe the series will provide more insights about what the Goldfish joke is all about.