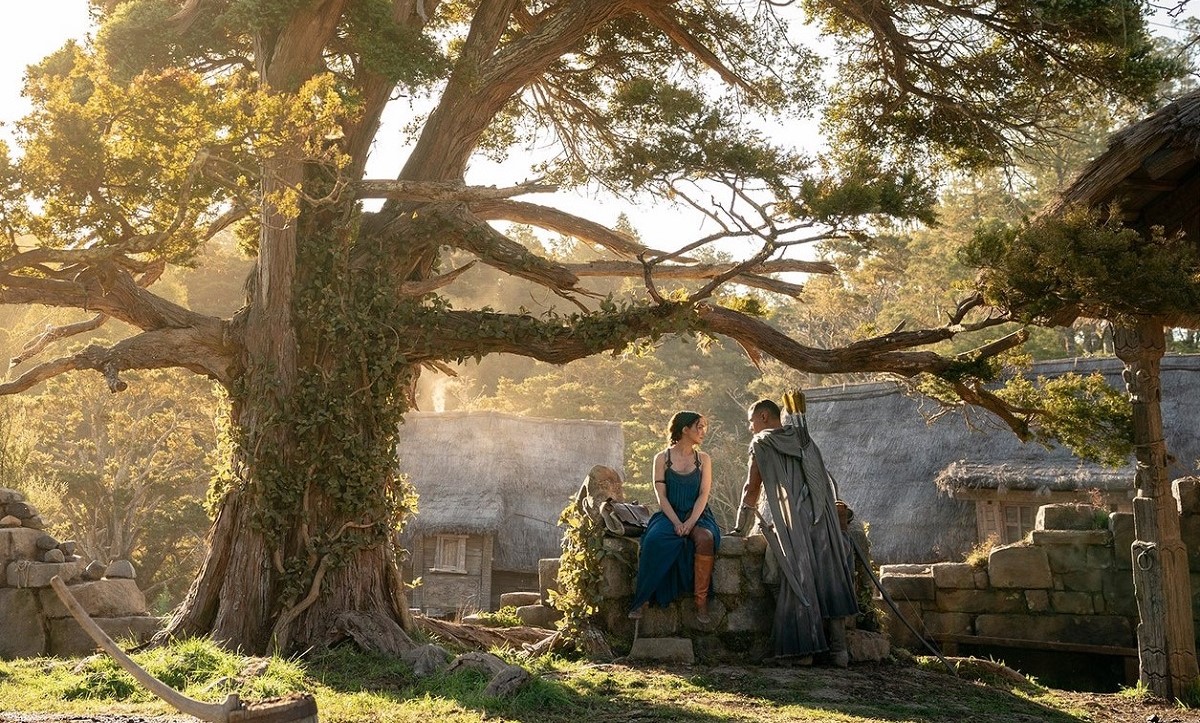 Regardless of the medium in which it appears, you can always count on Middle-earth to leave you with a sense of longing for nature and all its divine facets. The Lord of the Rings: The Rings of Power will be no exception to this rule because it, too, has been filmed in the heavenly landscape of New Zealand as Peter Jackson’s trilogies were all those years ago.

The crew has since relocated to the United Kingdom to work on season two, but New Zealand has nevertheless served as the countryside where most of the magic in the forthcoming first season takes place. Perhaps to drive that point home and excite long-time fans of Tolkien, Amazon has just released another image from The Rings of Power via Empire Magazine that highlights a beautiful plain of green pastures and misty mountainsides.

There also seems to be an elven tower, with who we presume is the Silvan elf known as Arondir or even Robert Aramayo’s Elrond overlooking the landscape. Check out the image for yourself below.

Amazon has a lot of money riding on The Rings of Power, least of all due to the fact that it has actually cost the company a fortune to bring it to life. With $460 million spent on its first season, the show has already gone down as the most expensive production in the history of television. Given its popularity and cultural significance, however, losing money will be the least of Amazon’s concerns if the series ends up dropping the ball.

The Lord of the Rings: The Rings of Power is slated for a Sept. 2 release on Prime Video, which means that less than three months separate us from a live-action return to Middle-earth.