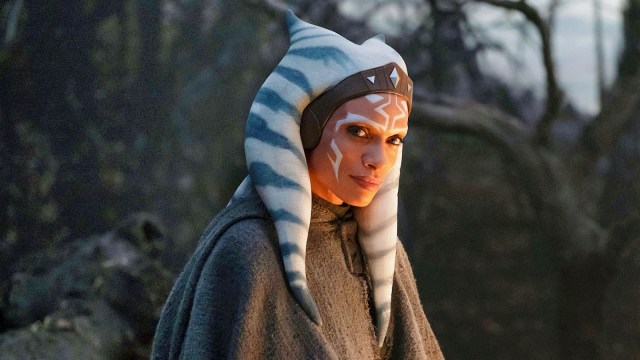 The Mandalorian star and WWE wrestler Mercedes Varnado is sharing some photos of herself posing alongside Rosario Dawson, who plays Ahsoka Tano in the live-action Star Wars universe, making us wonder if the orange-skinned former Jedi Padawan may be making a cameo in season three of the space western.

“I am no Jedi,” was the caption by Varnado on her Twitter post, in a nod to a famous line Ahsoka says in the animated TV show Star Wars: Rebels.

Dawson has only cameoed as Ahsoka once in The Mandalorian so far, in an episode in season two. However, her character has also appeared in an episode of the spinoff series, The Book of Boba Fett.

Varnado, whose stage name as a pro-wrestler for WWE is Sasha Banks, plays Koska Reeves in The Mandalorian, who is a member of the Nite Owls working to reclaim the planet of Mandalore from the Galactic Empire. Varnado has also only appeared in a couple of episodes of The Mandalorian, so far.

Even before Dawson took up the role of Ahsoka in the world of live action, she was already a fan-favorite character, thanks to her appearances in animated shows that take place in a galaxy far, far away. Ahsoka has appeared in The Clone Wars — both the animated film and the animated TV show — and Rebels.

The first two seasons of The Mandalorian gave Star Wars fans a welcome respite of entertainment immediately prior to — and during — the global coronavirus pandemic, in 2019 and 2020, respectively. The highly anticipated season three of The Mandalorian is slated to premiere in February 2023.