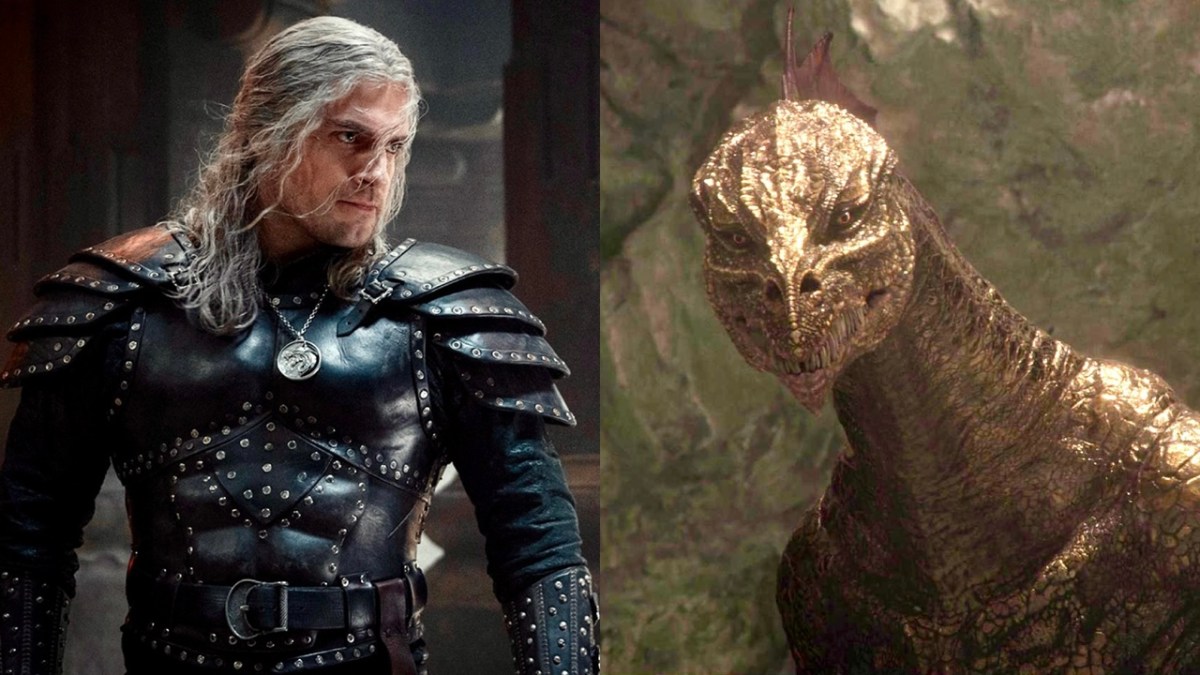 From the books to the hit video games, and now the record-breaking Netflix adaptation, The Witcher franchise is a fast-growing one. The series stands out for its unique universe consisting of genetically altered humans called Witchers, charged with defeating all kinds of mythical monsters.

The Witcher stands out among other fantasy shows because it doesn’t just include the typical monsters we all know. It features all kinds of unique and terrifying monsters, many of which the main character, Geralt of Rivia, has battled. Henry Cavill brought Geralt to life in the first and second seasons of the Netflix series.

Here are some of the most impressive monsters Geralt has fought across the franchise.

The Striga is the first monster that players of the game meet, though she is introduced much later in the Netflix adaptation. In the only Striga case we see in the franchise, we find out that Striga are usually women cursed to become monsters. The Striga Geralt fights is princess Adda, the incestuous child of King Foltest and his sister who was cursed before she was born. To save her, Geralt had to prevent her from returning to her tomb before the third rooster’s crow in the dawn, which led to him battling her all night.

The Bruxa is one of the first monsters we meet in the second season of the Netflix show and this creature is introduced with a chilling backstory and interesting arcs for all the characters involved in her tale. The Bruxa is a breed of vampire that appears as large bats but can take the shape of young women. The Bruxa featured in The Witcher series is named Vereena and was the secret lover of an old friend of Geralt’s, the cursed man, Nivellen.

The very first monster that was featured in the Netflix show was the Kikimora, an insectoid monster that is known to live in swamps or underground. While the Kikimora is far from the most difficult kill that Geralt has made, it is quite an impressive monster and one that the average human would be justifiably terrified of. In the first scene of The Witcher series, we see Henry Cavill’s Geralt deal with the Kikimora in a swamp before lugging its body into a nearby town to sell, which kicks off the show’s plot.

The Leshy, or Leshen, was one of the monsters that fans of The Witcher games were most excited to see Geralt face off against in season two of the Netflix series. Typically, a Leshy is a mindless and dangerous forest monster that is incredibly strong. In the series, they took a different turn by making one of Geralt’s childhood friends and fellow witcher, Eskel, become infected by a Leshy and turn into one himself. Geralt was forced to kill Eskel in his bid to kill the Leshy and save his mentor Vesemir.

Another monster that fans were excited to see in the show is the Basilisk. These draconid creatures can also be found in both The Witcher games and books and are not easy to kill. They possess multiple features that make them worthy opponents and great sources of XP, such as their venomous strikes, sharp talons, and powerful wings. In the series, we first see a Basilisk’s head mounted at Kaer Morhen, and later, two Basilisk-like creatures are released by Voleth Meir in the season two finale, and Geralt battles them alongside his fellow Witchers.

The Myriapod is an insectoid monster that is supposed to resemble a large centipede according to The Witcher books. The series, however, takes some creative liberties with this monster, making it more terrifying and plot-relevant. They have a more graphic design, with bull horns, four eyes, and multiple spiked arms. The series also makes the creature’s origins more interesting by stating that they come from the realm-traveling monoliths that only Ciri can control and destroy.

When Geralt meets Villen in both the books and the Netflix adaptation, he is disguised in one of his personas as Borch Three Jackdaws. The show cuts down on the friendship the two form and the interesting philosophical conversations they share to adapt the story of when Borch and Geralt hunted a green dragon together. This story is featured in the second season of the show and while Villen doesn’t engage in many battles in the show as he does in the book, he is still impressive in his ability to shapeshift, as well as his position as the last golden dragon.

These fearsome riders are yet to make a true appearance in The Witcher on Netflix, but their presence was overwhelming in The Witcher 3: Wild Hunt game. The Hunt is made up of a group of elves who roam the skies capturing slaves from different worlds. Geralt faces them when they try to capture Ciri. The three generals of The Hunt are especially terrifying, and many fans are holding out hope that they will make an appearance in the next season of The Witcher,  since we saw a glimpse of them in the season two inale.