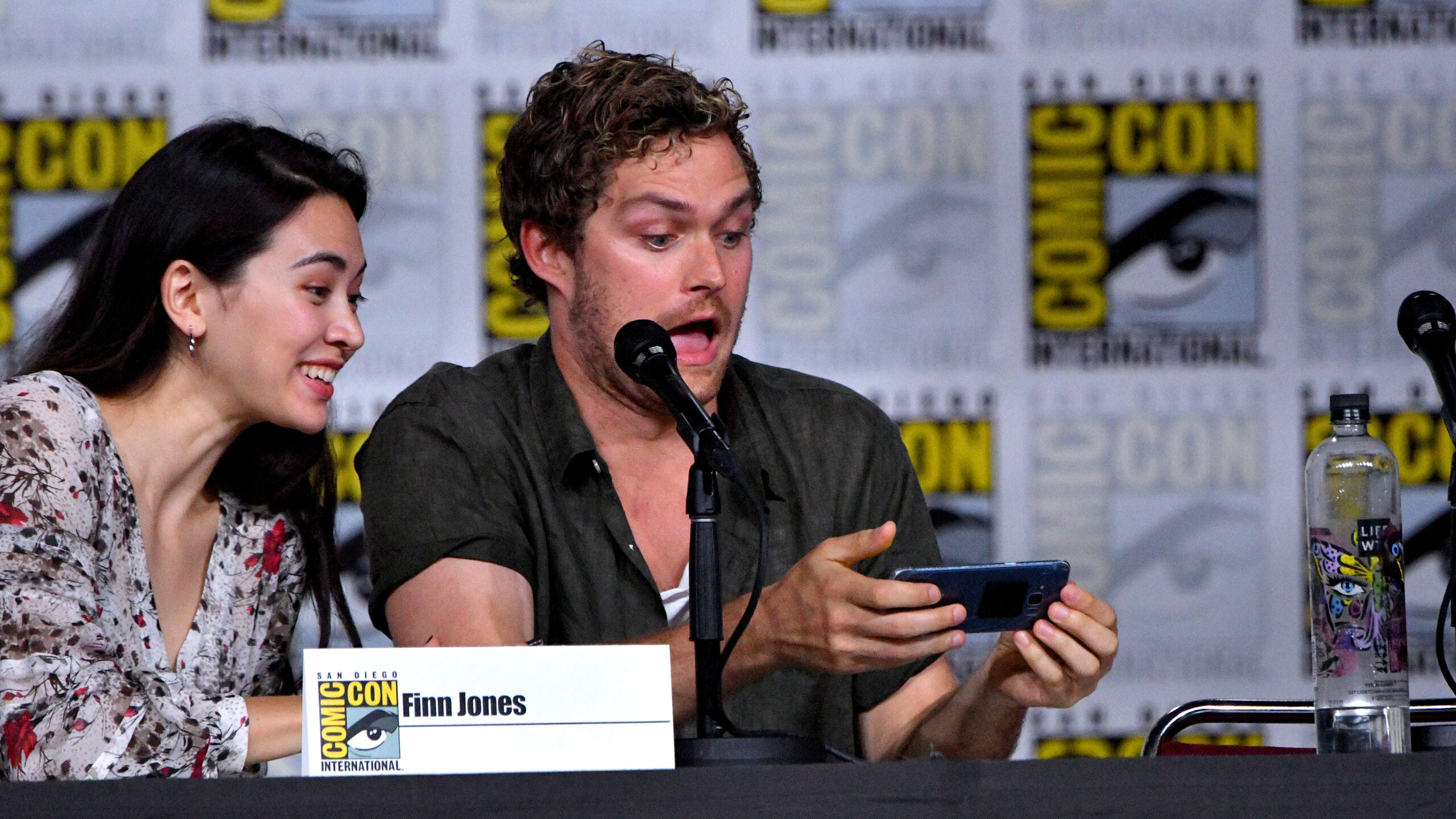 Now that Disney Plus has announced that the collection of so-called “Netflix” Marvel television series will be available for streaming on the network that, since its launch two years ago, has been the home of the MCU, fans are enjoying a collective sigh of relief… with one caveat. According to social media, one of these properties is proving not-so-welcome into the fold.

Quick: What has two fists, and one of them is (sometimes) “like unto a thing of iron?”

You guessed it. It’s Iron Fist.

While fans express relief that solid hits Daredevil, Jessica Jones, and Luke Cage won’t disappear into limbo, a vocal faction has been pretty insistent in their opinion that the Danny Rand solo effort can get lost. The first two Netflix offerings, Daredevil and Jessica Jones, were both almost universally acclaimed, and while Luke Cage had a handful of naysayers, it ended up performing almost as well, and still maintains a 92% rating on Rotten Tomatoes. Iron Fist, though? Not so much.

The penultimate series to come out on Netflix before all the titles were scheduled to cross over in The Defenders, Iron Fist earned generally negative reviews, despite a strong initial viewership. Although only Daredevil and Jessica Jones went on to enjoy a third season, Iron Fist was the first to be outright canceled by Netflix. Many viewers took offense at the casting of actor Finn Jones as Danny Rand, a master of Asian-styled martial arts, decrying what they saw as a missed opportunity for representation by an Asian actor.

Vulture reporter E. Alex Jung pointed out, “Instead of a white man appropriating the qualities of Asian mysticism, it could have been a story of an Asian-American going back to his parents’ homeland as a way of reconnecting with them – a feeling that many second-generation Asian-Americans can relate to.”

In addition, fans never really got behind Finn Jones’ performance, finding him wooden and unconvincing as a martial artist. The Verge reporter Kwame Opam found Iron Fist‘s fight sequences to be lackluster and unconvincing, stating “when your show is about one of the finest martial artists on the planet, it’s inexcusable when his fight scenes are so tame.”

Some fans have even suggested that the character be rebooted as the recently-introduced Lin Lie, inheritor of the Iron Fist powers which have been passed down through the generations, and who studied under Shang-Chi in Marvel Comics’ recent relaunch of the character.

Of course, all this is jumping the gun by quite a mark. Although Daredevil and his arch-nemesis The Kingpin have been firmly re-established in the MCU “proper” in Spider-Man: No Way Home and Hawkeye, respectively, there’s no guarantee at this time that Marvel higher-ups will bring even favorites Luke Cage or Jessica Jones back into the mainline universe, much less Iron Fist, Rand version or otherwise.

Finn Jones may not be asked back to the series at all, given series stunt coordinator Brett Chan’s allusions that Jones was lackadaisical at best when it came to his training regime. With the cream of Hollywood hitting the gym for hours to portray any character at all in the MCU, bringing less than your A-game isn’t exactly the best way to get your contract renewed at the House of Mouse.

Like it or not, Rand will be joining his fellow Defenders on their convoy from Netflix. You can check all of them out this month on Disney Plus when the service begins streaming them on March 16.