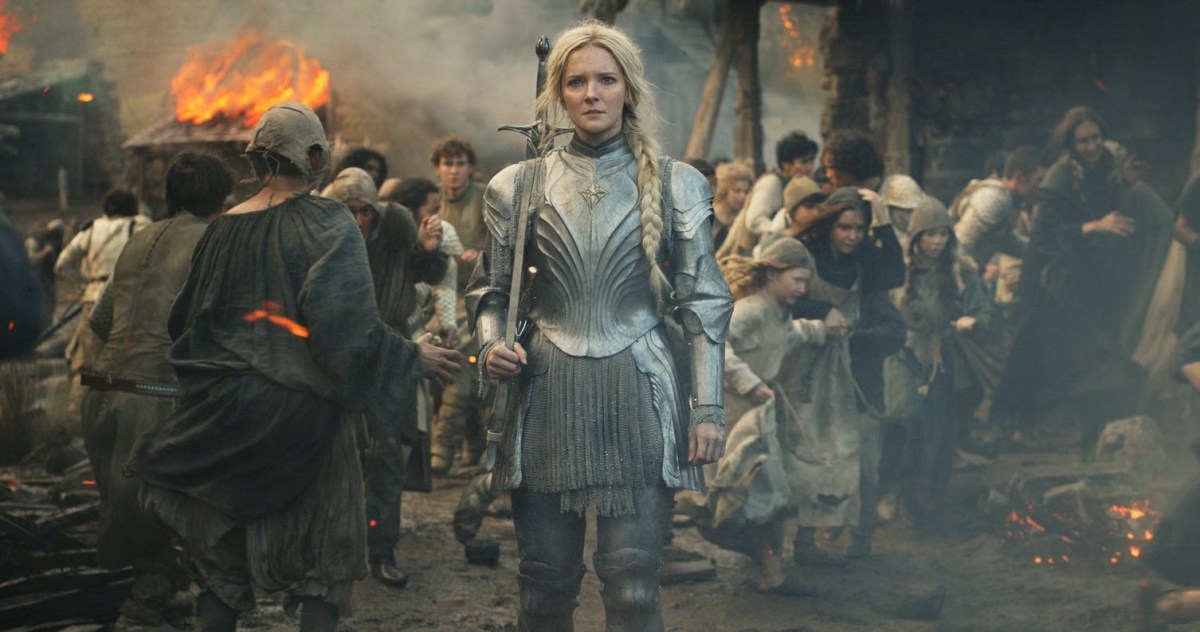 Warning: The following article contains spoilers for The Rings of Power episode 6, ‘Udûn’

In the latest Rings of Power episode, the Men of the Southlands fought back against Adar’s army of Orcs as Galadriel made haste to join the skirmish. And at the end of the episode, something happened that no one was quite expecting.

“Udûn” starts with Adar and his Orcs making their way to the Elven watchtower in the Southlands. Once there, Arondir and Bronwyn spring their trap and level the tower on their heads, killing dozens of Orcs. The humans then make their way back to Tirharad, barricading the village and preparing to face the remaining Uruk.

Adar clothes the traitorous Southlanders in Orc garb and sends them into the village. Arondir and Bronwyn wipe the party out, only to realize that they’ve killed their own kin. With the humans’ guard down, the Orcs swarm out of the night and overwhelm them. Those remaining alive go into the tavern and fortify the doors.

Meanwhile, Galadriel and Elendil continue to push towards Middle-earth, taking the river path to the very foot of the Southlands. Once there, the company disembarks and rides towards Tirharad.

Adar breaks through the barricaded doors and obtains the mysterious sword, but Galadriel and the Numenoreans arrive and fight the Orcs in the streets. Galadriel and Halbrand chase Adar and capture him. The Lady of Galadhrim questions Adar and learns that he is one of the Moriondor, the first generation of Elves corrupted and twisted by Morgoth’s evil, giving rise to the Uruk.

The Orc-father is not a follower of Sauron, but wishes to create a home for the Uruk, believing that they, too, are worthy of life as Children of Iluvatar.

As the town celebrates its victory, Waldreg slips out with the strange sword and makes his way to the watchtower. He uses the sword to activate a schism, breaking open the dam that holds the water in. The water rushes through the tunnels Adar’s orcs made, falling all the way into the depths of the volcanic Amon Amarth.

The volcano, which most of us recognize by the name of Mount Doom, erupts and covers all the land in fire and smoke, creating Mordor and bringing “Udûn” to an end on what’s arguably the show’s most potent cliffhanger to date.