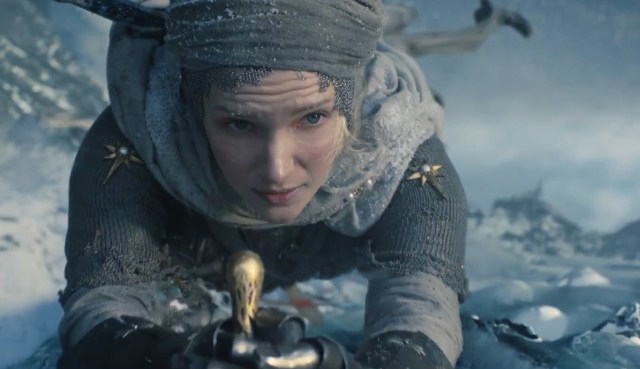 Between Tolkien fans and wary television enthusiasts, almost everyone expected The Lord of the Rings: The Rings of Power to be a total disaster, but it seems that Amazon’s ambitious undertaking manages to stick the landing, if a bit roughly, against all odds.

Less than a day separates us from the show’s two-episode debut on Prime Video. With the embargo lifted on the media reception, reviews have been pouring in over the past hour or so, most of them seemingly hinting at a more than adequate return to Middle-earth. It may not soar as high as Peter Jackson’s trilogy did — that bar was already set a little too high even for the most ambitious of filmmakers — but it seems that Amazon gets many things right about Tolkien and sets up a story that is ripe with drama and intrigue.

TVLine gave the series an unexceptionally positive review, writing: “The Rings of Power is worth the wait: a grandly ambitious epic with stunning visuals.”

Collider also echoed those takes with an “A-” rating, noting that the show is “off to a successful start in delivering on its promise of quality and firing on all cylinders.”

Giving The Rings of Power four out of five stars, The Independent wrote that this is a “spectacle-filled return to a lovingly rendered Middle-earth that promises to deliver an awfully big adventure.”

Vanity Fair, Rolling Stone, Variety, and New York Magazine also heaped praise on the show, or at least its first two episodes, and described it with such flattering words as awe-inspiring, mystically poetic, swashbuckling, impressive, and meaningful.

So far, so good, right? Well, not everyone is ecstatic about this return to Middle-earth. Time was more critical in its review, noting that The Rings of Power “reverently” holds on to Tolkien’s lore and doesn’t do much to reinvent it.

Though frankly speaking, that is precisely what the fans wanted Amazon to do. Talking about reinventing Tolkien is almost as blasphemous as saying that the authors needed to improve on the established lore.

Los Angeles Times also said that The Rings of Power is ranked somewhere in the middle, writing that it’s “neither a disaster nor a triumph, merely television of a visibly expensive, fitfully inspired sort.”

As of writing this, The Rings of Power retains a score of 71 out of 100 on Metacritic and 100% certified fresh on Rotten Tomatoes, putting it higher than its most immediate rival, House of the Dragon, in terms of critical reception.

You can read our Rings of Power review here.