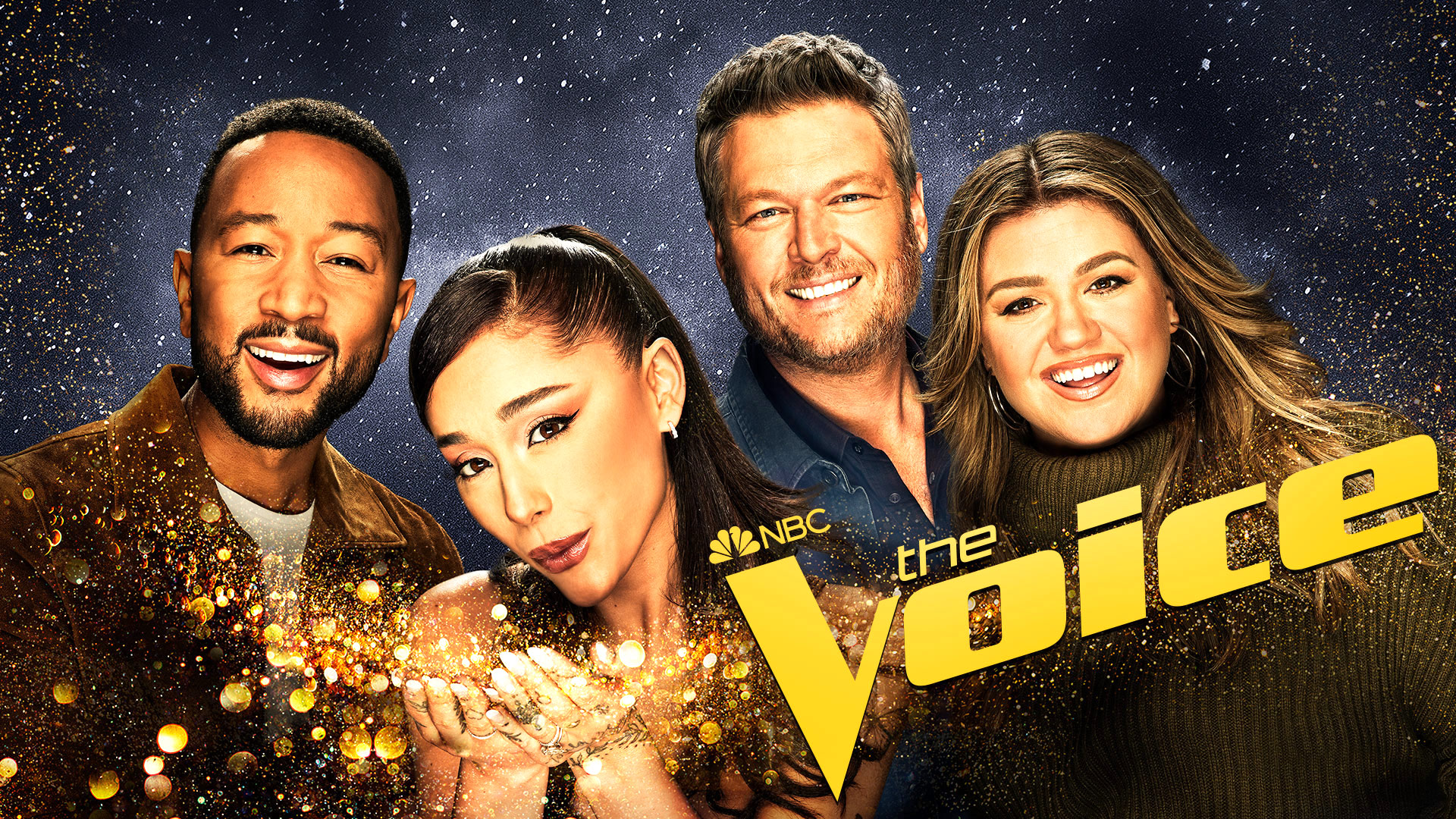 Now in its 21st year, it’s easy to forget how game-changing The Voice was when it aired on NBC back in April 2011. Judging singers blind was a concept foreign to American television, especially given the unprecedented success of American Idol, which not only focused on the quality of contestants’ singing but also on what Simon Cowell called the “X-factor,” a phrase that tended to coincide with society’s perception of what a superstar is supposed to look like (and which Cowell turned into a singing competition in both the U.S. and the U.K.).

Given the steam that American Idol was slowly losing back in 2011, The Voice was what network television needed to breathe new life into the singing competition genre, and boy did it deliver. Over the years, we’ve seen our share of jaw-dropping, standing ovation-inducing blind auditions ⏤ performances that have lodged themselves in our hearts forever.

Here are our top 15 picks from over 21 seasons of The Voice. Did your favorite make the cut? Read on to find out!

If you feel like you’ve heard Loren Allred’s voice before but can’t quite place it, you’re not going crazy. Hers is the voice behind The Greatest Showman’s show-stopping ballad “Never Enough,” and while many contestants have tried covering it on The Voice, none have been able to do it with the same ease and clarity as Allred. This makes sense when you listen to her season three audition of “When Love Takes Over,” an upbeat pop song that offers a glimpse of her incredible vocals. When it comes to Voice royalty, Allred is it. Be sure to check out the mind-blowing “Never Enough” if you have yet to do so.

Coming in at number 14 is season 11 contestant Sophia Urista. Her rock twist on The Beatles’ classic “Come Together” was both unexpected and jarring, but in all the right ways. Her firecracker performance lit up all the judge’s faces, especially Alicia Keys’, who couldn’t get enough of Sophia’s grungy, aggressive, growling notes. This blind audition immediately secured itself as one of The Voice’s best, even if it hasn’t gotten the recognition it deserves.

13. Mendeleyev – “Girl from the North Country”

Mendeleyev was a shoo-in to win season 17 of The Voice with his four-chair turn of Bob Dylan’s “Girl from the North Country.” His deep notes and soothing performance impressed all of the judges, especially Kelly, who compared his voice to the best glass of Pinot Noir ever. Many predicted an easy victory for this talented singer, but unfortunately, we never got the chance to see him at the lives, dooming us to a life of playing his Bob Dylan cover on repeat forever.

P.S. In case you were wondering, his full name is actually Mendeleyev Galileo Einstein Pythagoras Darwin Elucid Leonardo Allan-Blitz… No, we’re not kidding.

For fans of The Voice, it’s hard not to get emotional while watching Christina Grimmie’s cover of “Wrecking Ball.” The season six contestant wowed the nation with her belted rendition of Miley Cyrus’s famous song, but unfortunately, two years after Grimmie landed 3rd place, she was tragically killed at a meet-and-greet by a crazed, obsessive fan who had been following her on YouTube years before her Voice days. Grimmie’s audition is a reminder that while life is short, art lasts forever.

Some performances simply leave you with all the warm fuzzies, plain and simple. Such is the case with Marybeth Byrd’s soft and sweet rendition of “Angel from Montgomery” from season 17, which earned her a four-chair turn. It’s been a while since we’ve heard from her. Fans ⏤ this writer included ⏤ are itching for more music, and who could blame us? Listening to Byrd’s voice is like traveling down memory lane.

When Wé McDonald stepped onto the stage, we all thought we knew what we were getting: a singer with confidence, character, a deep, rich vocal register. Her rendition of “Feeling Good” by Nina Simone had all of our jaws on the floor, but what really did us in was her speaking voice. Unlike her singing voice, when she spoke to the judges after her performance, instead of being deep, rich, and confident, it came out soft, high-pitched, and sweet like honeysuckle. Perhaps this juxtaposition made fans all around the nation fall in love with her, but what really carried Wé all the way to the top was her talent. She finished as the second runner-up of season 11 and we couldn’t have been prouder of her.

There are certain songs you just don’t touch unless you’re 100 percent sure you can handle them. This includes covers by Whitney, Mariah, and if you’re a Demi Lovato fan, “Stone Cold.” Because let’s face it ⏤ even some of the most accomplished artists struggle to tackle it. That’s why when Brooke Simpson of season 13 took to the stage, we were all astounded by her ability to hit Demi’s G5 notes and make it look easy. She may be bubbly and smiley when she speaks, but she’s all grit, growl, and soul when she sings, which is part of her charm. She’s a beloved member of the Haliwa-Saponi tribe, a Native American tribe in North Carolina, and she’s also a forever Voice fan favorite.

If there was ever a performance that lived rent-free in our heads, it’s “River” by Sandy Redd of season 15. Her performance was less of a performance and more of a concert. Her grit, growl, and out-of-this-world runs had Jennifer Hudson on her feet with high heel in hand, ready to throw it across the stage at a moment’s notice (her signature way of showing admiration). Somehow, although we can’t really say how, this audition has snuck under the radar and hasn’t gotten the recognition it rightly deserves. If we’re being honest, though, in its 21 season run, Sandy Redd’s “River” was one of the best Voice auditions to date.

7. Ellie Lawrence – “We Don’t Have to Take Our Clothes Off”

From the second Ellie Lawrence opened her mouth, we immediately fell in love with her silky smooth version of “We Don’t Have to Take Our Clothes Off.” Her ability to dance around the notes while still incorporating a delicate rasp made the passion behind her voice stand out beautifully. Sure, other contestants have belted harder notes, went off on run after run, even had the judges on their feet, but the hypnotic way Ellie sailed through the song left a haunting quality that we still love to this day. She may have gotten eliminated before getting the chance to perform live, but season nine was still better because Ellie was in it.

Speaking of belting notes and delivering impeccable runs: Here we have Mike Jerel of season 18. He came out with a practically perfect rendition of “It’s a Man’s Man’s Man’s World” and earned himself a four-chair turn. He had all the judges salivating over him because they knew that whoever managed to land Mike would likely go on to win the season. In the end, Jerel choose John, and while he didn’t win the season, he solidified this audition in The Voice’s Hall of Fame.

What is the meaning of music if not to make you feel? This rendition of “Helplessly Hoping” by the family trio Girl Named Tom did just that. Their ethereal harmonies and crescendoed swells touched our souls and earned them not only a four-chair turn, but the hearts of America. In its 21 seasons, The Voice has never seen a trio reach the finale, let alone win, but Girl Named Tom defied the odds and did just that. They are currently our reigning champs.

P.S. None of their names are Tom…

Speaking of the feels, Maelyn Jarmon of season 16, a powerhouse vocalist who went on to win the season, impressed all the judges and America from her first performance to her last. Her secret weapon? She is deaf in one ear. So while most singers have to plug one ear with a finger to hear themselves sing (we’re looking at you, Mariah Carey) Maelyn has the added advantage of hearing herself while keeping both hands on the mic (crazy, I know). Perhaps that’s why she’s never missed a note or gone off-pitch. And why her version of “Fields of Gold” will forever be our favorite. We need a single, Maelyn, please, any single. Preferably a single of this song, but we’ll take anything.

As we reach our top three Voice auditions, it gets harder and harder to narrow them down. After all, many fans called Thunderstorm the best artist to ever come on the show. And given how many covers there are of “Blackbird,” and Thunderstorm’s ability to make it sound like he wrote it, it’s no wonder that he received a four-chair turn. His pitch-perfect performance transported us to a cloudless, sunny Saturday afternoon sitting underneath a shaded tree watching the day go by. This audition was emotion wrapped up in a single performance.

Seventeen seconds. That’s how long it took Katie Kadan to blow the judges (and America) away with her rendition of Aretha Franklin’s “Baby I Love You.” With just as much explosive energy as Ms. Franklin herself, Katie’s audition was one of the few fun auditions where her appearance was kept from us until all the judges turned around, which of course they did, earning Kate that oh-so-coveted four-chair turn. Sporting her trademark bandana and large glasses, she sat behind the piano and belted lofty notes as easily as though she were telling us a story. Everyone fought tooth and nail for her because it was obvious that she was a shoo-in to win, which was why many fans believe she was robbed of the chance, having come in second. Regardless, season 17, and The Voice, was better for having Katie Kadan in it.

When it comes to sheer effortlessness and clear, crisp notes that carry the weight of a seasoned professional, Alison Porter of season 10 takes the crown. Literally, she won her season. Not even Simon Cowell, who is famous for his clipped (and often harsh) critiques, would be able to find fault. Couple that with Alison’s ability to go toe-to-toe with Christina Agulera in the finale and make it look easy… well, it’s no wonder she’s our number one choice for the best blind audition in The Voice history.

Some auditions are simply too memorable to pass up without acknowledgment. Makenzie Thomas of season 15 initially auditioned for season 14 but never got a chair turn because she had laryngitis at the time. Kelly told her to practice and come back the following year, which is exactly what Makenzie did, so when Jennifer Hudson turned around for her cover of “Big White Room,” it made the moment all the sweeter. Her impressive runs and soulful tone moved us all, so much so that she became the fan favorite of the season and went all the way to the semifinals. Naturally we had to include her as an honorable mention in our lineup.

There you have it, Voice fans. That concludes our pick of the top 15 blind auditions in The Voice’s history. Did your favorite make the cut? Let us know in the comments.

You can catch new episodes of The Voice this fall. Unlike previous years, this will be the show’s first year airing only once in the fall as opposed to its usually twice-yearly cycle in the spring and fall. Who knows what that means for the future of the show or who will return as our judges ⏤ we’ll just have to wait and see. Until then, you can tide yourself over by revisiting these top 15 auditions on loop. We know we sure will.