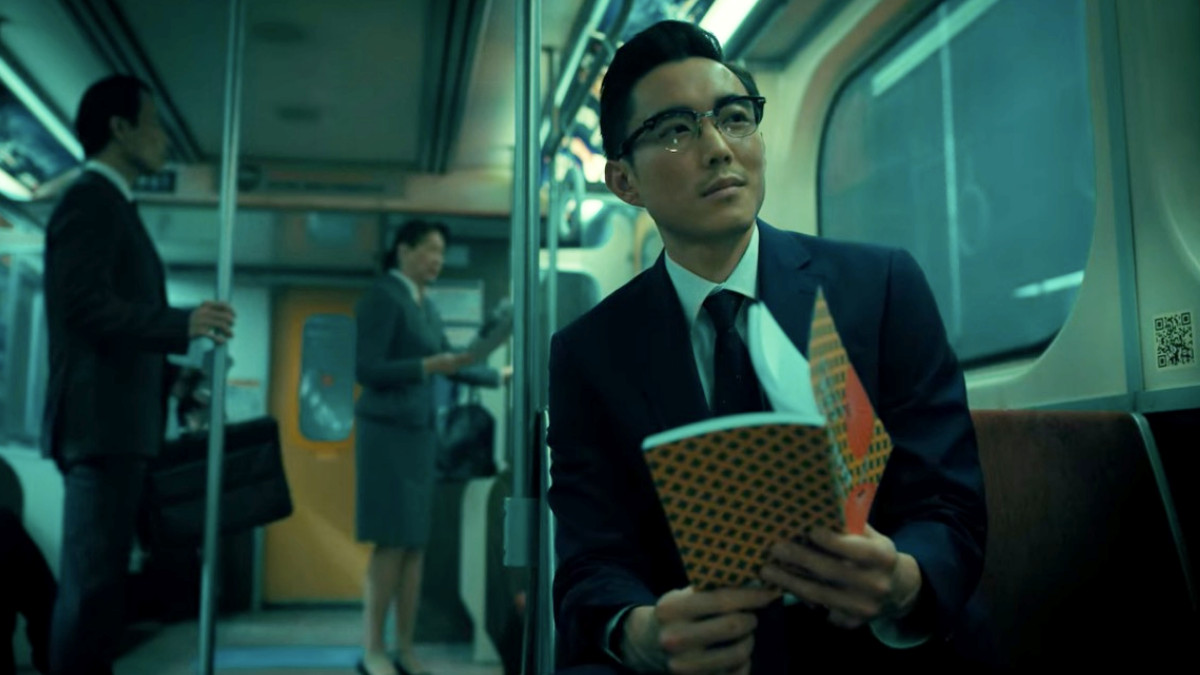 Warning: spoilers for season 3 of The Umbrella Academy to follow

Season three of The Umbrella Academy dropped on Netflix today, in which the ragtag band of super-powered misfits must shockingly once again prevent an impending apocalypse. The biggest difference is that, compared to past seasons when the threat was unknown to the Umbrellas, in this instance the danger is present for the entire season — and the stakes are higher as well.

Though Netflix has yet to pick the series up for a fourth season, season 3 leaves off on yet another cliffhanger, and a mid-credits scene may reveal clues into where The Umbrella Academy is heading next.

What happens in season 3 of The Umbrella Academy?

But first things first. When Luther, Allison, Klaus, Five, Diego, and Vanya (who transitions to Viktor shortly into the new season) jumped from 1963 back to 2019, they inadvertently changed the timeline in more ways than one. Having met their adopted father Reginald Hargreeves in the past, who chalked his wards up to being a disappointment, the billionaire set his sights on an entirely new crop of children who had been born simultaneously at noon on October 1, 1989, now calling themselves the Sparrow Academy.

But even more importantly, when Viktor saved his lover Sissy’s autistic son Harlan from drowning in the past, he inadvertently bestowed his powers to the child. Sadly, this caused the pair to lead nomadic, difficult lives, as Harlan’s inability to control the powers that were never intended for him forced them to move around a lot. And when Sissy just-so-coincidentally died of cancer on October 1, 1989, Harlan’s grief caused him to reach out to those like him – but since Viktor and his siblings hadn’t been born quite yet, all he succeeded in doing was making their mother’s brains go blammo.

In the new timeline, the Umbrellas had never existed (save for Ben, who is now a member of the Sparrows since he was already dead in the original timeline) which means that — unbeknownst to them — they created a grandfather paradox that in turn manifested into a universe-sucking kugelblitz.

But because Reginald was always five steps ahead of the adopted siblings, this seems to have been his plan all along. Eventually, and against their better judgement, the old man convinces the surviving Umbrellas and Sparrows to travel through a portal — the mysterious Hotel Obsidian — into the Hotel Oblivion, which contains a kill switch to reset the universe in just such an event.

Unfortunately, the keys to the machine were the Umbrellas and Sparrows themselves, and after nearly killing them and draining them of their power, Allison — who had made an earlier deal with Reginald to get her siblings into the portal — kills her father just before he can finish the job and resets the timeline anyway.

Suddenly, the siblings find themselves back at the Hotel Obsidian, healed from the injuries they had sustained but also missing their superpowers – with the exception of Allison, who is reunited with both Claire and Ray; and Sloane, who is now missing. While Diego and the pregnant Lila go off to live their lives, Luther goes looking for Lila and the rest scatter, leaving Viktor staring hopelessly at the bust of Reginald Hargreeves in the courtyard.

What is going on in the new timeline of The Umbrella Academy?

As The Heavy’s “Short Change Hero” begins to play over the credits, the full scope of the very much-alive Reginald’s plan is seen having come into fruition. In the new timeline, the billionaire now evidently owns everything. As the camera pans across a city dotted with buildings bearing his name, it scrolls up to a tower where Reginald stands hand-in-hand with his wife, Abigail Hargreeves.

A previous flashback of Luther’s time on the moon had revealed his real mission – seemingly to protect Abigail — who had been cryogenically frozen and stashed there — out of harm’s way. But who is Abigail and why does she need protecting? Is she, like Reginald, also an extraterrestrial? With the timeline reset and even Ben now alive, whatever ailment that caused Reginald to keep Abigail’s body intact seems to have likewise been cured.

A simple explanation would be that Reginald was just a grieving man pining away for his true love, but it’s likely that his real intentions are much more nefarious.

So what happens in the mid-credits scene?

With the Umbrellas scattered and powerless, it remains to be seen how they will fight the next apocalypse that will inevitably get tossed their way. But at least one of them is already on the move. As the end credits music fades, a well-dressed Ben is seen riding on a subway in Seoul approaching Yeouido Station, one of the city’s financial hubs. Reading a book, Ben looks up and smiles knowingly before the screen fades to black once again.

But which Ben is it? Logic would suggest that it’s the original timeline Ben, who was killed as a child – but if both Ray and Claire can exist in the timeline, perhaps Ben has retained memories from both versions of himself?

The most obvious answer to why Ben is on the train in Seoul is that he’s tracking down his birth mother. After all, an earlier flashback saw his mother giving birth to him on, you guessed it, a Korean subway car. But we have a feeling it’s more complicated than that. We don’t know much of this new timeline, so just because the group retained their memories doesn’t mean that there still aren’t other versions of them out there. Could this be a new Ben entirely who was never adopted by Reginald and just lived a perfectly ordinary life in Seoul?

Suffice to say, the wait to find out will be excruciating. If The Umbrella Academy is indeed renewed for season 4, we can probably be on the lookout for it around summer of 2023.