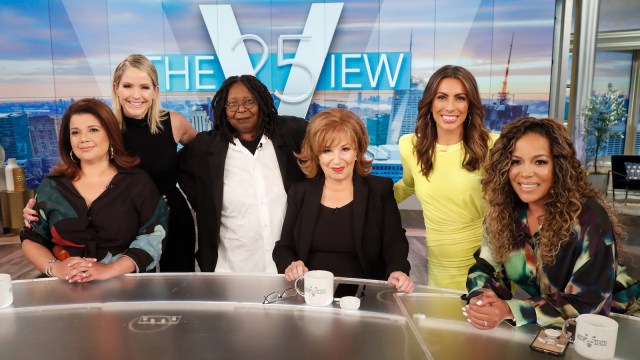 The View has once again dominated the competition and finished at the top of the daytime talk show rankings.

According to new figures shared by Variety, The View was number one in the rankings between 2021 and 2022 for both households and numbers of viewers.

Other shows that performed well were Dr. Phil,  Live With Kelly and Ryan which managed to top the category of adults from 25-54, Today Third Hour which came in second in this category, and CBS’s The Talk.

Speaking about the latest season of the show, The View producer Brian Teta shared in a statement to Variety that the goal was to celebrate its 25-year history.

“This season was about celebrating the history of this show and there’s no better way to drive home the impact and relevance of what Barbara Walters created than by being able to say that 25 years later, and for the second year in a row, ‘The View’ is the most watched daytime talk show in America.

When something happens in the world, our viewers tune in to hear how our co-hosts respond. This year, we also took the audience with us on our search for a new conservative co-host, welcomed back former co-hosts for our milestone anniversary and celebrated with a fun-filled week in The Bahamas. Now, with midterms approaching, we’re ready to gear up for more political interviews and debates and to welcome our two new Republican co-hosts.”

The View will return for its 26th season in September and attempt to go three for three at the 2022 – 2023 charts this time next year. It remains to be seen if the show will be able to continue this massive success.