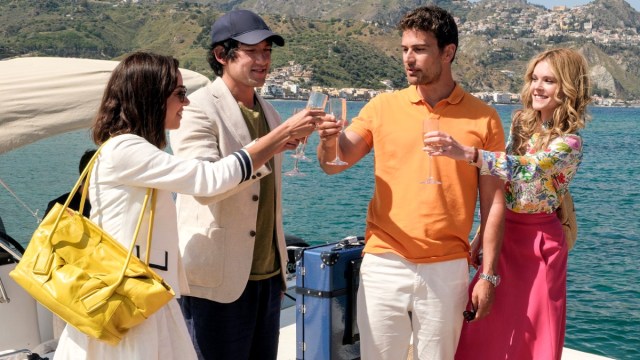 Minor spoilers ahead for season two of The White Lotus…

HBO has picked up Mike White’s critically-acclaimed anthology series The White Lotus for a third season, the network announced on Friday.

The series, which follows a group of one percenter (and one percenter-adjacent) guests to a different White Lotus resort each season, started in Hawaii as a pandemic bubble project — as HBO was desperate for new content and White came through in a pinch. However, the series proved to be so popular that it was quickly renewed for a second season set in Sicily. It’s presently unclear which exotic locale will serve as the setting for the third season.

“Reflecting on The White Lotus‘ humble, run-and-gun origin as a contained pandemic production, it’s impossible not to be awestruck by how Mike orchestrated one of the buzziest and most critically acclaimed shows,” said Francesca Orsi, HBO’s executive vice president of programming and head of drama series and films, in a statement, via Variety.

“And yet, he’s only continued to reach new heights in season 2, which is the ultimate testament to Mike’s raw, unparalleled vision,” Orsi continued. “His courage to explore the uncharted waters of the human psyche, paired with his signature irreverent humor and buoyant directing style, have us all dreaming of more vacation days at the resort we’ve come to adore. We couldn’t be more thrilled to get the chance to collaborate on a third season together.”

It’s not shocking that HBO would jump on a renewal, as the first season garnered the network 20 Emmy nominations and 10 wins, including best limited or anthology series and best supporting actress and actor awards for stars Jennifer Coolidge and Murray Bartlett.

Coolidge and her co-star Jon Gries, who plays her now-husband Greg, were the only cast members to have made the leap from season one to season two, so it will be interesting to see if death follows Tanya McQuoid to yet another resort location. The stakes are certainly higher in the second season. Whereas the first season teased one just corpse in the flash forward, there are at least three this time around. How many people have to die before this place gets shut down for once and for all?!

Joining Coolidge in the second go-around are new faces including Aubrey Plaza, F. Murray Abraham, Michael Imperioli, Theo James, and Tom Hollander, who has yet to make an appearance in the three out of seven episodes that have aired so far. Perhaps one of the new characters who manages to evade the grim reaper will even pop up in season three!