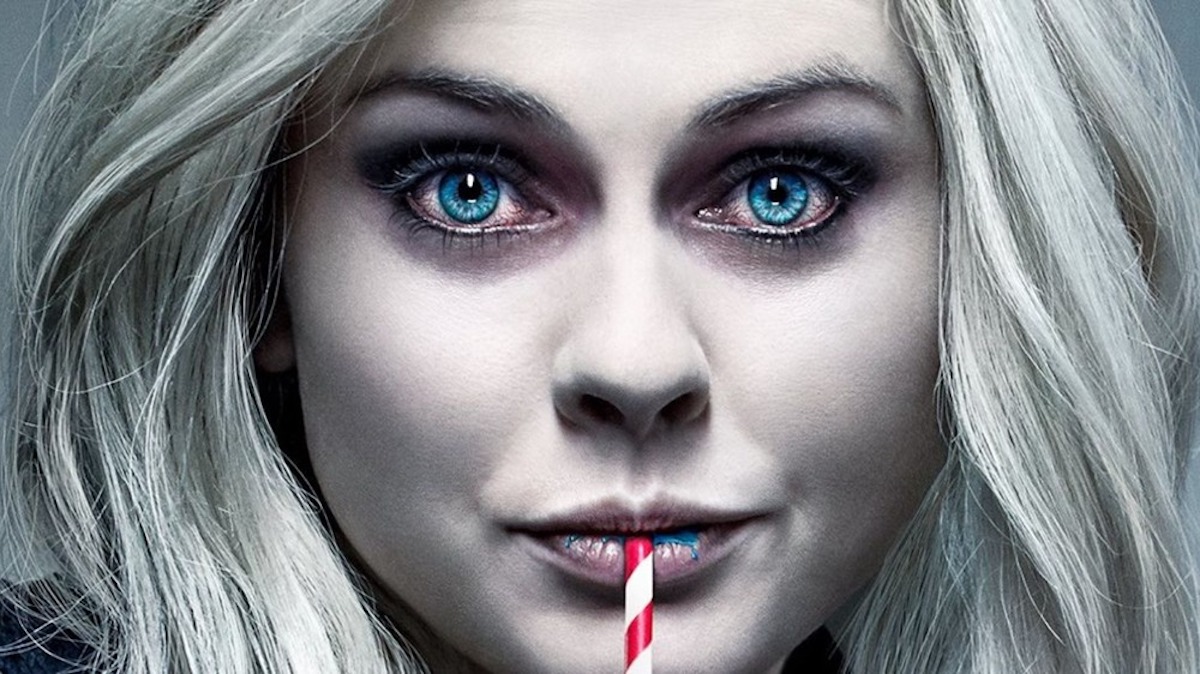 There’s no shortage of zombie shows and movies out there, but iZombie definitely did its part for sci-fi entertainment when it began its run in 2015. The show lasted for five seasons and saw Rose McIver in the leading role of Liv Moore, a medical resident who considers herself to be a total overachiever. When she attends a random party one night, it turns into a zombie feeding frenzy and ⏤ spoiler alert ⏤ Liv doesn’t escape alive.

Once she becomes a zombie, Liv does her best to continue living a normal life as a human and snags a job at a coroner‘s office so she can secretly continue eating the brains of corpses. Unfortunately for her, snacking on corpse brains isn’t as simple as it first appears. Liv discovers that she’s able to absorb the memories of those she feeds on and uses her new skills to pose as a psychic with a team of detectives to help solve murder cases.

It’s easy enough to binge this awesome show on Netflix right now, but if you’ve already finished it, then you might be curious to know what similar shows are available to enjoy. If this kind of narrative is your bag, here are 10 awesome zombie-themed shows you’ll want to sink your teeth into immediately.

Definitely more of a comedy than iZombie, Santa Clarita Diet stars Drew Barrymore and Timothy Olyphant as a husband and wife going through quite a dramatic transformation. As Sheila begins exhibiting signs that she is becoming a zombie, her husband does his best to support her through the physical changes. The dramatic metamorphosis leaves her looking and feeling better than ever ⏤ human flesh agrees with her, see ⏤ and questioning whether or not she wants to return to normal life as she knew it.

Probably the most enjoyable entry on this list, Daybreak was released in 2019 and only lasted for one season despite its interesting premise. Based on the 2011 graphic novel by Brian Ralph, it focuses on a teenage outcast who searches for his lost lover in a post-apocalyptic world. Not only must he navigate feelings of young love and loss, but he must also fight back against the thousands of hungry adult zombies, called “ghoulies,” that surround him.

One of the more dramatic series on this list, Z Nation lasted for four seasons. The show is about a young man named Murphy who somehow survived the zombie virus that swept across the United States. Since he’s the only person to have been exposed to the virus and survive the infection, he’s also considered the world’s last hope for survival, as his DNA might contain an ingredient needed for a healing vaccination. The problem is that he’s in New York City and he needs to get to a medical facility in California. Luckily for him, a group of survivors tries to get him there, but in between his location and his destination are hardship and death, as well as revelations about the nature of the virus and of his own role in the reclamation of mankind itself.

Vampires and zombies certainly aren’t the same type of mythical creature ⏤ they each pose their own unique threats. Van Helsing focuses on vampires as a reimagining of the classic and traditional tale of Dracula. In this show, the world is dominated by vampires who require the help of innocent human beings in order to survive. The fate of humanity lies in the hands of Vanessa Helsing, whose strength comes not only from her pedigree, but from a distinctly characteristic ability to turn vampires back into humans ⏤ a quality that does not go unnoticed by the undead, who believe her power to be the key to a long-held desire to walk among the humans in daylight. Humans and vampires must work together in harmony for the world to continue pressing on.

Black Summer follows a team of special forces agents who band together to fight against zombies. Although the world is riddled with starving zombies who don’t have brains or souls, this particular group of agents is willing to put it all on the line in order to protect mankind. Although it serves as a prequel to Z Nation, don’t expect a reprisal of the original series. While the shows share the same concept ⏤ namely the virus, known as ZN1, that caused the zombie apocalypse in the first place ⏤ they do not share the same characters. Black Summer holds its own all the same, from the survivors’ guileless grit in their ability to destroy the monsters to the character development and whiplash-inducing story arcs.

Based on a series of books by Guillermo del Toro and Chuck Hogan, The Strain is a 2014 show that lasted for four seasons. It tells the story of the head of the CDC in New York City, who is put in charge of an investigation when an airplane lands filled with tons of dead passengers. He soon realizes that a viral outbreak is to blame, the type that can turn human beings into vampires known as the Strigoi. It’s not your traditional vampire tale, as the series takes viewers on a terrifying journey only del Toro is capable of, and instead of the suave gentleman luring young girls to sin and destruction, these vampires inject their victims with a parasitic worm that activates the death sequence. Full of jump-scares and some of the scariest-looking monsters on television, The Strain is definitely capable of keeping iZombie fans entertained.

In the Flesh is an incredibly addictive zombie-themed show that’s easily comparable to iZombie. It’s about a teenager named Kieren Walker, who is far from your typical human. He died in 2009 and was somehow able to supernaturally return to his hometown as a zombie. Instead of being welcomed back, he’s instantly a pariah and forced to join a special zombie group for those suffering from PDS, aka partially deceased syndrome.

When people typically think of zombie TV shows, The Walking Dead is obviously one of the first popular series that comes to mind. After it premiered in 2010, it went on to last for 11 successful seasons. Although a lot of the main characters end up meeting unfortunate fates along the way, it’s still quite easy to get familiar with important stars of the show as they do their best to survive an overwhelming zombie apocalypse. The survivors in each episode strive to find safe shelter and secure homes to live where zombies won’t be able to find and kill them. The interpersonal drama between living human beings sometimes gets in the way of their battle against the walking dead, but the desire to survive trumps all.

Between 2018 and 2020, The Rain was one of the most thrilling zombie TV shows to enjoy across the board for audiences. The show explores what would happen to the world if a virus fell from the sky through raindrops and wiped out nearly every living person in Scandinavia. The show picks up six years after the tragic event takes place and focuses on two siblings who try to piece together a future for themselves despite having lost everything. Civilization has been utterly destroyed, but they aren’t ready to give up their fight just yet.

Between is another gripping sci-fi show that iZombie fans will love. It stars Jennette McCurdy in the leading role, who most people will recognize from Nickelodeon’s iCarly. After a mysterious virus begins plucking the lives of all the adults in town, the government imposes an area-wide quarantine. Survival becomes a struggle for children who are losing their parents and being trapped in quarantine causes an emotional rift for everyone else. The series raises all sorts of philosophical questions about choosing one’s own life and safety above that of society as a whole. Sadly, having only aired for two seasons, we do not get to see the ultimate fate of the survivors of Pretty Lake, but Between is still worth a watch.

Of course, if your binge of these 10 undead thrillers puts you back in the mood for a casual iZombie rewatch, you can dive back in anytime on Netflix. While you’re there, be sure to take a peek at the newest zombie hit sweeping the interwebs, All of Us Are Dead.