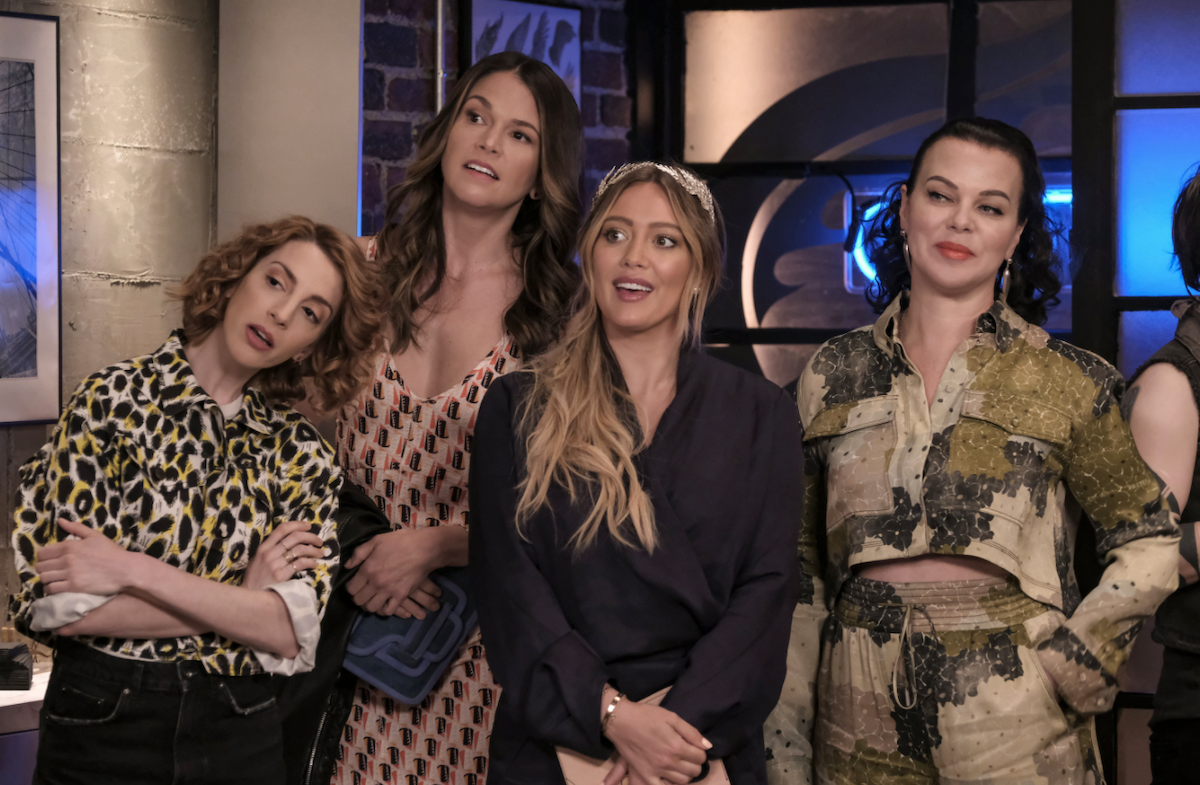 There’s a reason Younger has gone on for seven seasons after premiering in 2015. Its impressive cast, including Sutton Foster and Hillary Duff in leading roles, obviously contributed to its incredible success. The show focuses on a woman name Liza who tries to re-enter the working world at the age of 40. Unfortunately for her, no one really wants to give her a chance since she’s on the “older” side.

Liza realizes that landing a new career job isn’t going to be as easy as she hoped! Instead of caving to the pressure, she decides to lie about her age to land an awesome job that’s perfect for her. A tattoo artist convinces her that she looks a lot younger than she is, and she runs with the notion! Here are some other awesome shows that are comparable to Younger.

Girlfriends Guide to Divorce is an incredible series about a self-help book author named Abby McCarthy. People trust her guidebooks because she’s living one of the most perfect lives ever. When her flawless façade begins crumbling, her career starts to fall apart as well. Her divorce gets publicized, and people who’ve trusted the words of her books start to wonder whether or not she is a reliable source.

The Bold Type is a show about a group of women struggling to get a brand new magazine published. What sounds like an enjoyable and simple enough task turns out to be a lot more challenging and complicated than any of the women could’ve realized. It requires a lot of teamwork, dedication, and focus, but eventually they figure out how to get their magazine on newsstands after publication.

The characters in Good Trouble are a lot younger than the characters in Younger, but they still deal with a lot of the same relationship issues and workplace dynamics. In Good Trouble, two adoptive sisters live together in Los Angeles trying to figure out how to overcome the hardships of male-dominated workplaces, roommate drama, and so much more. The sisters even occasionally get into disputes with each other when they don’t see eye to eye about every small thing.

Sweet Magnolias premiered in 2020 and is an incredible romantic show to watch on Netflix. It’s about two lifelong friends who support each other as they deal with some of the craziest and most intense life changes ever. When they were younger, things were a lot simpler. Now they must deal with family and career struggles in a small southern town where everyone somehow knows each other –– and rumors tend to spread quickly.

A Million Little Things is a heartfelt show that’s all about the importance of friendship. Without friendship, the characters in this show really have nothing. They’re all connected through the devastating loss of one of their friends who decided to take his own life. He leaves his family and friends heartbroken, wondering how exactly he could’ve gotten to that point. The family members and friends he left behind grow closer together as they heal from his loss.

Workin’ Moms premiered in 2017 and has lasted for six seasons so far. It’s about a loyal PR executive name Kate who joins a “mommy help” group with her best friend Anne. Anne is a no-nonsense psychiatrist and together, they realize they need a little more support than what they’re getting. Unfortunately for them, the mommy group they join is super-judgmental and hard to fit into. Having full-time jobs while also being parents is a lot more complicated than it sounds. Workin’ Moms truly reflects that reality.

Emily Osment is the star of Young and Hungry, a sitcom about a young woman who is trying to make a living as a personal chef. When she gets hired by a handsome millionaire, her life gets turned upside down completely! Instead of just working as his personal chef, they end up hooking up with each other and catching serious feelings. Although she and the handsome millionaire do their best to keep things professional and platonic, eventually they realize they’re meant to be… with the help of her delicious recipes, of course.

Being a single woman who is getting a little older causes an outpouring of emotions for some women. The Mindy Project tells the story of a successful doctor named Mindy who does an incredible job at work, but can’t seem to figure out how to make things last in the romance department. She struggles to meet her one true love even though she’s the ideal partner any man might hope to find. Throughout the course of this show, Mindy goes through a lot of relationship highs and lows in the hopes of eventually settling down.

Dollface is a sweet comedy that premiered in 2019 starring Kat Dennings, Brenda Song, and Shay Mitchell in the leading roles. One of the most hilarious notes to make about this show is that it includes an animated character that rings similar to what Lizzie McGuire on Disney Channel used to include. This show is about a woman who must reevaluate her life when her longtime boyfriend decides to cut things off. She must rekindle broken friendships that she put on the back burner while she was in her relationship. As awkward as it sounds to reach back out to besties she sort of “ghosted,” she realizes she has to do what’s best for herself.

Happy Endings and Younger are comparable shows because they both focus on what friendship is like in your 30s and 40s. Happy Endings is about a perfect couple name Dave and Alex who hold their friend group together at the core. When they decide to break up, they leave their group feeling conflicted about who to choose and how to move forward socially. Even though they’re over each other romantically, they realize they need to continue hanging out so that their friend group doesn’t totally fall apart on their behalf.