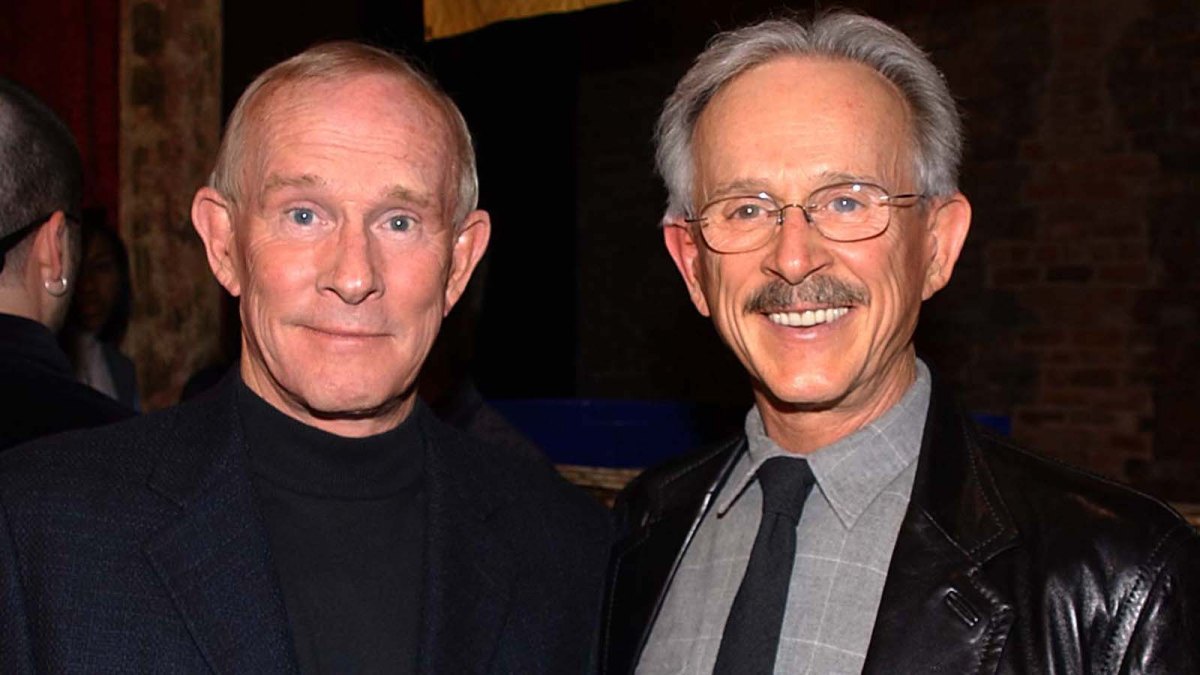 Fans will recognize Thomas and Richard Smothers from their successful CBS show The Smothers Brothers Comedy Hour, but many would fail to know why their series was abruptly canceled after one season and the controversy surrounding it.

Now, over half a century later, the beloved duo is finally reuniting for a tour.

For context, The Smothers Brothers Comedy Hour was a comedy variety show that followed Thomas, who played a dead version of himself, as he tried to help his brother Richard become a better person. The series, which helped launch the career of Steve Martin, first aired on CBS in 1967, and, although it went up against NBC’s Bonanza, the show held its own so much that it would win the rating war.

Almost two years after the show debuted, CBS canceled it in 1969 because the brothers refused the follow the network’s censorship policy. According to AP News, while it was on the air, Richard and Thomas publicly backed the civil rights movement, expressed their resistance towards the Vietnam War, and poked fun at authority figures. The pair took it up a notch by inviting guests that opposed the war and gave them a platform to speak their minds led to many controversial moments.

But the final thing that dug the nail in the coffin for Thomas and Richard’s comedy show was when they made fun of CBS’ censorship policy on air. Immediately after their show got axed, Thomas and Richard would sue CBS for a breach of contract. The brothers ultimately won the case in April 1973, and each was rewarded $776,300.

Almost 50 years following that case, Thomas and Richard opened up about their past experiences on The Smothers Brothers Comedy Hour while promoting their new tour during an interview with CBS News. During the discussion, Thomas revealed that despite having a terrible ending with CBS that any comedy act that they performed on stage was never deliberate. He said

“There was never premeditation of anything we ever did. we never did it to get attention. We just did it and if it got attention. I’ll do it again maybe I’ll more attention.”

The 85-year-old also shared his thoughts on why he initially felt offended when CBS wanted to censor their show, which included taking out certain scenes the company felt was inappropriate to show on television. Thomas declared,

“I was offended what do you mean I can’t say that and all of sudden it became something more… It became slowly I was poking the bear.”

During that time, despite Thomas’ reaction to the situation, Richard disclosed that he, on the other hand, tried to limit everything that could cause them to lose their jobs. The 83-year-old stated,

“I wasn’t sure that was a right thing to do. I said ‘well let’s pull back and just do what we were doing and then maybe the show will have one more season.’ I didn’t think they were going to fire us.”

Further in the conversation, when asked if he blamed Thomas for their show getting canceled in 1969, Richard responded,

“Crying out loud no. He created everything. I was confident in our talent. In our show and what we did together.”

Thomas claimed that although Richard didn’t have any hard feelings towards the sudden firing, he was angry about not being able to put the content he wanted. He said while revealing that the firing was somewhat of a blessing,

“I was just pretty angry near the end where I wasn’t funny. I was doing material where it was kind of mean comedy I needed to be fired. If we had gotten another year it would have been strident.”

Following Thomas and Richard’s show cancellation in 1969, they did a series of stage shows and were invited back to CBS, but none of those projects would ever match the success of The Smothers Brothers Comedy Hour. Thomas and Richard’s new comedy tour, titled The Smothers Brothers, will begin in January. The pair shared that they have been practicing their performances to sharpen their skills in numerous places, including Johnny Carson’s hometown Norfolk, Nebraska.

The Smothers Brother’s first show is scheduled for Jan. 7, 2023, at Santa Rose, California. The tour will go on until March 30.