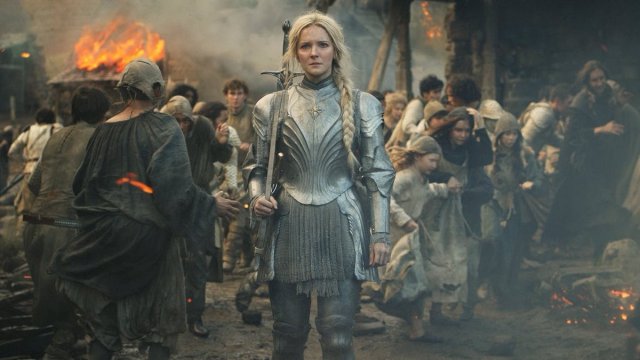 The Lord of the Rings: The Rings of Power has been the most divisive TV debut in recent memory, splitting opinion down the middle and creating an inconsolable rift in the Tolkien community. Many think that the show is outright heresy, while others are still willing to give it a chance. Overall, tensions are high whenever there’s even a remote mention of the Amazon adaptation and the situation is reminding everyone of another movie that managed to spawn a fair bit of controversy.

We’re talking about the golden standard of divisiveness in the entertainment medium, the flick that half the people love to hate, and the other half hate to love. Rian Johnson’s The Last Jedi remains an infamous bar against which many other polarizing works of art are measured, though none are as contentious as the middle act in Disney’s Star Wars sequel trilogy.

The mere mention of The Last Jedi and its comparison to The Rings of Power has set the community on edge and spawned a heated debate on Reddit.

Those who agree with that sentiment also think that just like The Last Jedi made people fall in love with the prequels, The Rings of Power will help us reevaluate Peter Jackson’s Hobbit trilogy.

Tolkien’s most relentless gatekeepers are even prepared to admit that The Rings of Power is merely bad, whereas The Last Jedi was apparently deliberately trying to destroy “everything fans loved.”

Others don’t think there’s anything redeeming about The Rings of Power, saying that at least Rian Johnson’s sequel tried to be original.

Is Amazon’s billion-dollar Middle-earth venture just another Last Jedi? Time will answer that question for us soon enough, if not during the remaining two episodes of the first season.