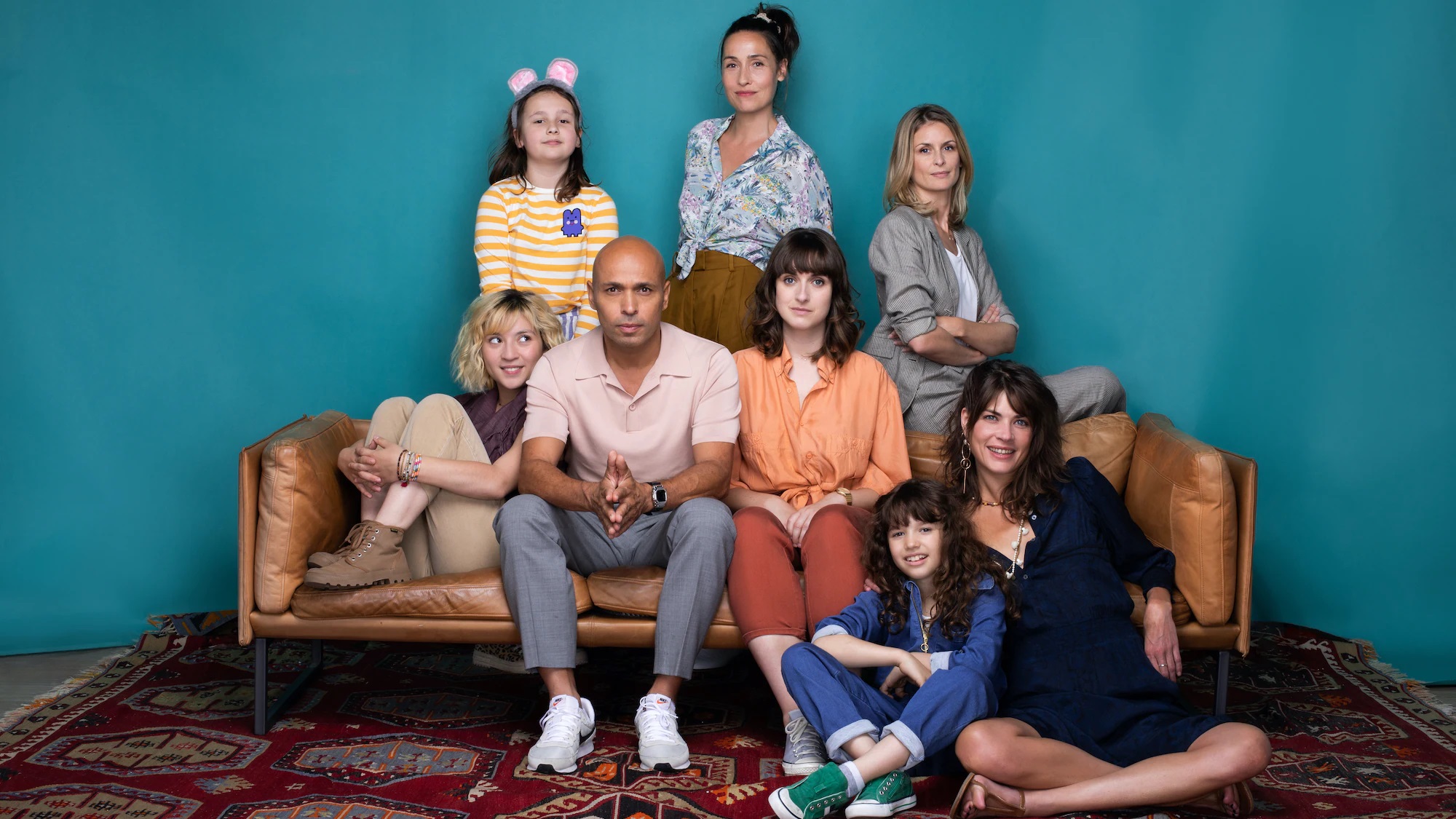 Disney Plus announced Wednesday that all eight episodes of its first ever French original series, Weekend Family, is now available to stream.

The premise of the show centers around a family of children from their father’s previous relationships, whose overlapping visitation times with the father resemble Full House cranked up to 11.

The fun-loving head of the house, Eric Judor’s Fred, has custody of his three very different daughters — from three different mothers — each weekend. It’s a kind of “super-blended” step family packed with chaotic, but endearing, ups and downs in each episode.

The three children include the quixotic Clara (played by Liona Bordonaro), the unconventional Victoire (played by Midie Dreyfus), and the high-standards-loving Romy (played by Rozane Barrazoul).

But when Fred once again gets his heart stolen by his current girlfriend, Daphné Côté Hallé’s Emmanuelle, he wants to take things to the next level by having her move in with him.

The PhD candidate and Canadian emigrant must take a leap at becoming a stepmother, despite having no experience with parenting and having only a half-finished doctorate in child psychology to her name. Emmanuelle must also field the less-than-helpful advice from her best friend, Sephora Pondi’s Cora, as she tries to integrate into this crazy weekend family.

Weekend Family is on Disney Plus now.